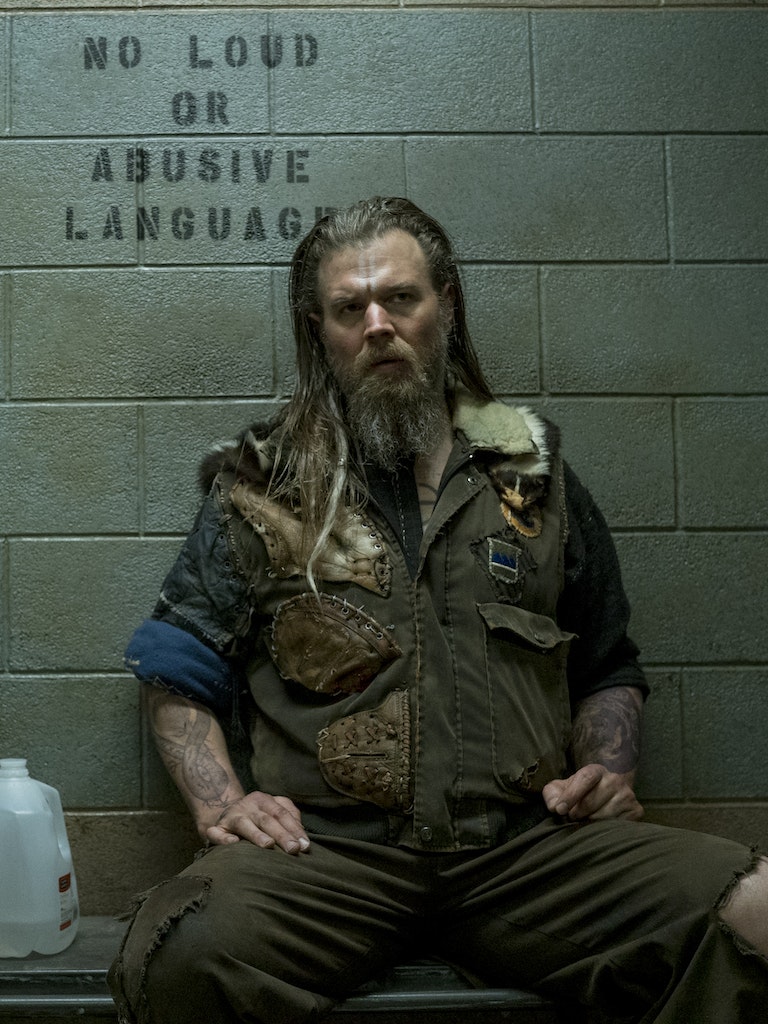 “…the series quickly establishes a strong sense of place in the wilds of a still-untamed pocket of America.” – Variety “Sweeping and complex with a large cast of characters to delve into…” – The Wrap TORONTO (January 6, 2016) – CraveTV today announced it has exclusively acquired the gripping one-hour crime drama OUTSIDERS in a deal with Sony Pictures Television. The 13-episode first season begins streaming exclusively on CraveTV today (Friday, Jan. 6) as part of #iCraveFridays, leading into more bloodshed in Season 2, which premieres Tuesday, Jan. 24, with new episodes streaming every Tuesday, day and date with U.S. network WGN. Created by award-winning playwright Peter Mattei and executive produced by Emmy® Award-winners Peter Tolan, and Paul Giamatti, OUTSIDERS is a tale of struggle for power and control set in the rugged hills of modern-day Appalachia. “We’re thrilled to add this action-packed drama to CraveTV, just in time for fans to catch-up before the second season debut,” said Mike Cosentino, Senior Vice-President, CTV and Specialty, Bell Media. “OUTSIDERS is an epic story, like THE SOPRANOS meets SONS OF ANARCHY in the rugged hills of modern-day Appalachia. We can’t wait to introduce the Farrell Clan to Canadian viewers.” “We are extremely proud of our partnership with CraveTV and look forward to continuing to bring original, premium content to Canadian audiences,” said Alexander Marin, EVP International Distribution, Sony Pictures Television. For a sneak peek of OUTSIDERS, click HERE. OUTSIDERS takes place in the mysterious hills of modern-day Appalachia, following the Farrell clan, a family of renegades who've been in the hills of Kentucky since before anyone can remember. Living off the grid and above the law on their mountaintop homestead, they'll protect their world and defend their way of life using any means necessary. The cast includes: David Morse (TRUE DETECTIVE) as Big Foster, a gruff and powerful heir to leadership; Joe Anderson (HANNIBAL) as Asa, a member of the Farrell clan looking to rejoin the family after a stint with the outside world; Thomas M. Wright (TOP OF THE LAKE) as Sheriff Wade Houghton, a cop who has a history with the Farrells, and grapples with a few troubles of his own; Ryan Hurst (SONS OF ANARCHY), as Lil Foster, a massive mountain man and son of Big Foster; Gillian Alexy (THE AMERICANS) as G'Winveer, a survivor and Asa's confidante; Kyle Gallner (American Sniper) as Hasil, an intuitive soul who feels rejected by the group; Christina Jackson (BOARDWALK EMPIRE) as Sally-Ann, a beautiful girl from a mining town who is fascinated by the Farrells and Hasil in particular; Francie Swift (HOSTAGES) as Haylie, a cunning, all-American community relations manager with the encroaching coal company; and Phyllis Somerville (The Curious Case of Benjamin Button) as Lady Ray, the regal yet tough Farrell matriarch. OUTSIDERS joins the growing lineup of CraveTV Originals – series available only to Canadian audiences on CraveTV. OUTSIDERS is the second new CraveTV Original series to be added to the service following the New Year’s Eve addition of SHUT EYE. Other notable CraveTV Originals include CASUAL, MANHATTAN, and DEADBEAT, among others, as well as original Canadian series LETTERKENNY, and RUSSELL PETERS IS THE INDIAN DETECTIVE, coming in 2017. OUTSIDERS will bolster CraveTV’s popular Drama and Crime & Mystery Collection, streaming alongside popular dramas including BLINDSPOT, PERSON OF INTEREST, and TWIN PEAKS. A Sony Pictures Television and Tribune Studios production, OUTSIDERS is written and created by Peter Mattei, who executive produces alongside Peter Tolan, Paul Giamatti, Dan Carey, and Michael Wimer. Emmy® Award-winning director Adam Bernstein (30 ROCK) directs two installments of Season 1.