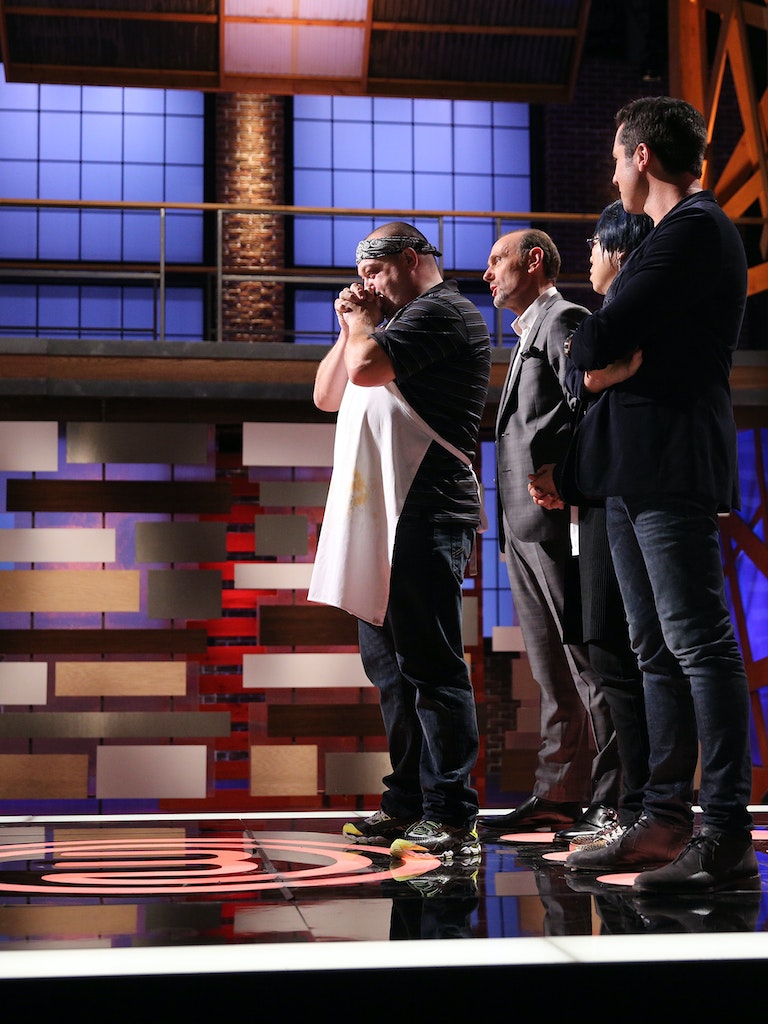 – London, Ontario’s Sean Hickey is the third home cook to leave MASTERCHEF CANADA –
– On the next episode of MASTERCHEF CANADA, fashion serves as inspiration for the Top 11 home cooks when they head to Casa Loma in Toronto to see Pink Tartan’s Spring collection before their second team challenge, airing Sunday, March 27 at 7 p.m. ET/PT on CTV and the CTV GO app –

After struggling during a team Mystery Box Challenge, and an equally difficult Elimination Challenge with strategically assigned fresh fish, it was revealed by MASTERCHEF CANADA judges Michael Bonacini, Alvin Leung, and Claudio Aprile that auto worker Sean Hickey from London, Ont. would be leaving the MASTERCHEF CANADA Kitchen. In next week’s new episode of MASTERCHEF CANADA, Sunday, March 27 at 7 p.m. ET/PT on CTV and the CTV GO app, the Top 11 home cooks participate in the second Team Challenge of the season in the beautiful gardens of Casa Loma in Toronto. On tonight’s episode of MASTERCHEF CANADA, the Top 12 home cooks were surprised when only half of them received ingredients during a Mystery Box Challenge. Forced to pair up and complete a dish as a team, some home cooks worked harmoniously while others failed to communicate with each other. With Terry Adido’s strong leadership and Jennifer Baglione’s support, the team’s ambitious and innovative Prawn Farfalle Pasta Salad was selected as the winning dish by the judges. Safe from elimination, in the MASTERCHEF CANADA pantry Terry and Jennifer were given the advantage of assigning a different fresh fish to each of their fellow Top 12 members to cook with. Their second advantage came when they were able to give out life preservers, letting them save two home cooks from elimination, with Terry selecting Shawn Karls and Jennifer choosing Julia Marks. Terry and Jennifer strategically paired the more difficult fish – Monkfish, Hake, and Steelhead Trout – with the stronger cooks to challenge them, letting Jeremy Senaris, April Lee Baker, and Mary Berg know they had targets on their backs. While preparing his British Columbia Sturgeon, Sean Hickey also felt the pressure when he was questioned by Chef Michael Bonnacini about his approach. After 45 minutes, the judges sampled each dish before revealing that Jacqueline Clark’s beautifully plated Grilled Spanish Mackerel had come in second, while Veronica Cham’s Thai-Style Fried Red Mullet had blown the competition out of the water, making it the top dish. As the winners of the Elimination Challenge, Jacqueline and Veronica will serve as team captains for next week’s Team Challenge. It was then revealed that Mary and Sean had the bottom two dishes, and ultimately the judges sent Sean Hickey home. On an all-new episode of MASTERCHEF CANADA (Sunday, March 27 at 7 p.m. ET/PT on CTV and CTV GO), fashion serves as inspiration for the Top 11 home cooks. In the beautiful gardens of Casa Loma in Toronto, the red and blue teams feast their eyes on Pink Tartan’s Spring collection, and use it to inspire a stylish lunch for Canada’s leading fashionistas. Back in the MASTERCHEF CANADA Kitchen, the losing team faces a two-pronged surf and turf Pressure Test that sends at least one of them home. The remaining Top 11 home cooks vying for the title of MASTERCHEF CANADA and the $100,000 cash prize are: For more on MASTERCHEF CANADA, fans can visit CTV.ca/MasterChefCanada for exclusive content, including must-see videos with the home cooks and the judges, bios, full episodes, sneak peeks, and extras. New episodes of MASTERCHEF CANADA are available following their broadcast premiere on demand at CTV.ca and on the CTV GO app, and encore Mondays at 8 p.m. ET on M3, Saturdays at 7 p.m. ET/PT on CTV Two, and Sundays at 5 p.m. ET/PT on CTV. Viewers can watch Sean Hickey live on CANADA AM (Weekdays at 6 a.m. ET), CP24 BREAKFAST (Weekdays 5:30 a.m. ET), CTV MORNING LIVE ATLANTIC (Weekdays at 7 a.m. AT on CTV Two Atlantic), and CTV News Channel (9:45 a.m. ET/PT) on Monday, March 21 as he discusses his experience on MASTERCHEF CANADA. The MASTERCHEF format and finished programmes are represented internationally by Endemol Shine Group, and is based on a format originally created by Franc Roddam. MASTERCHEF CANADA is produced by Proper Television in association with CTV. President of Proper Television, Guy O'Sullivan is executive producer, along with Proper's Vice-President and Creative Director, Cathie James. For Bell Media, Tina Apostolopoulos is Production Executive, Factual and Reality, Independent Production; Robin Johnston is Director, Factual and Reality, Independent Production; Corrie Coe is Senior Vice-President, Independent Production; Mike Cosentino is Senior Vice-President, Programming, CTV Networks and CraveTV; Randy Lennox is President, Entertainment Production and Broadcasting.

Bell Media Brings THE IHEARTRADIO MUSIC AWARDS to Canada with ...