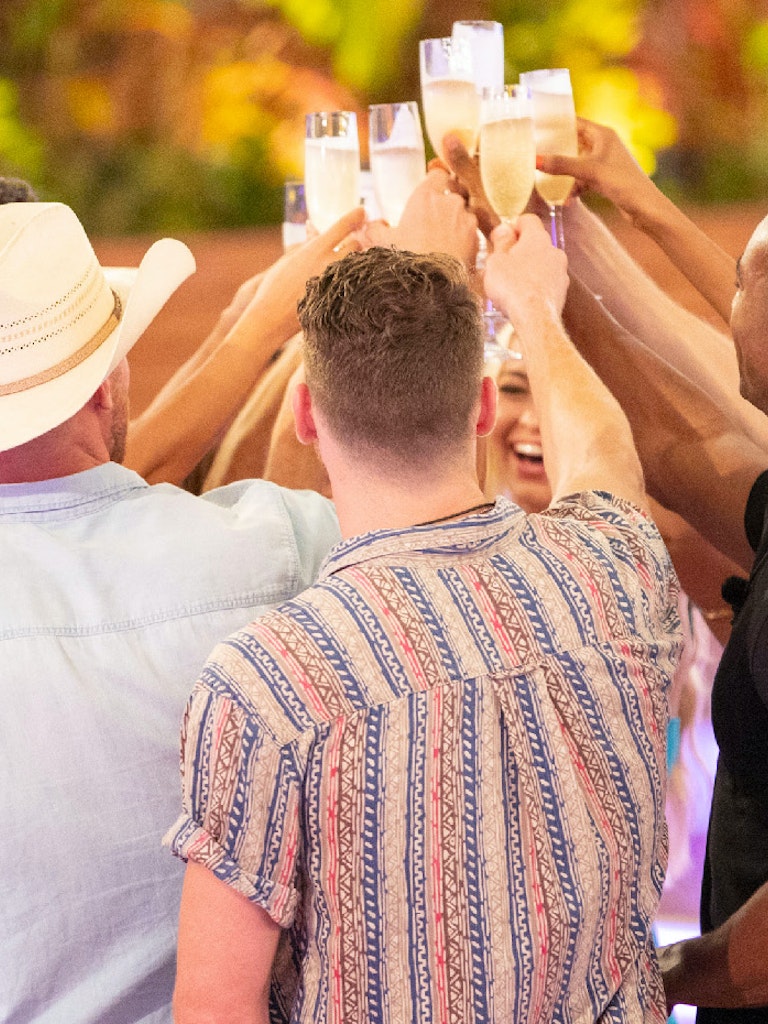 Over the past few weeks, a group of sexy singletons has hooked up, broken up, and been dumped from the LOVE ISLAND villa, all on a quest to find love! Already confirmed for a second season, LOVE ISLAND airs its exciting first-season finale, Wednesday at 8 p.m. ET on CTV.

Immediately following the finale, fans can revisit the twists and turns with Danielle Graham and Lainey Lui, during the live finale of LOVE ISLAND AFTERSUN at 9 p.m. ET on CTV. Special guests include Islander Eric Hall, and LOVE ISLAND UK’s Adam Collard and Ellie Brown.

To set up the intriguing conclusion of CTV’s summer obsession, here are some of the most memorable moments from this intensely sexy season of LOVE ISLAND.

1. The first kiss in the villa

How long should you wait for a first kiss? The Islanders were making moves quickly! Caro and Cashel were the first couple to share a smooch on the Island, but this romance was short-lived, when Cashel was whisked off to a romantic date with bombshell Kyra. Although Caro was upset when her boy (of 23 hours) found a new girl to couple up with, this kiss would foreshadow Caro’s time on LOVE ISLAND, as she went on to flirt with the other boys in the villa.

Cashel was the first boy to enter the villa, and the first long-standing Islander to leave. Nobody stepped forward for the musician on the first episode, but viewers got to see Cashel “glow up” and become a fan favourite, building a strong connection with Kyra and friendships with everyone on the Island. Sadly, the power trip couldn’t last forever, and Cashel was sent packing when Kyra chose to take a risk with new boy Eric, leaving Cash with more friends than sweethearts.

3. Canadian Eric joined the Island and stirred the pot

Toronto native Eric Hall came in hot during Week 3, and made it known that he was looking for love, not friendship. The Canadian boy had his eyes set on Kyra from the get-go, and he made this clear when he told her she wasn’t happy with Cashel, and that he’s a hunter, ready to pounce even if a girl is at church or with her family. While this “getting to know you” conversation was intense, he promised he had a different side, claiming he was the type of guy who could steal motorcycles but also cry at commercials with golden retrievers.

4. A gross, yet hilarious game of Mouth-to-Mouth

LOVE ISLAND is known for its fun and wild challenges, and what could be crazier than something called Mouth-to-Mouth? This game saw Islanders transferring food to each other using only their mouths, which required some trust and determination. With hotdogs hanging from their mouths and milkshakes in their hair, Cashel and Kyra were victorious in this unforgettable and messy challenge.

5. When Zac made things “official” with Elizabeth

In the midst of all the drama, heartbreak, and re-couplings, one duo has consistently stuck together to steal viewers’ hearts. Zac and Elizabeth had an instant connection, even though their first kiss was delayed. But after getting to know one another, they became inseparable. Zac asked Elizabeth to be his girlfriend, and the two continued to fall for one another, with their picture-perfect date at a waterfall in Fiji as evidence.

Weston and Kyra did not have trouble building connections, but they had some trouble keeping them. Throughout the season Weston was coupled up with three different girls, and Kyra with two boys, but it was new girl Emily who turned heads when she arrived at the villa. Emily and Kyra were dared to have a steamy make-out session that created sparks between the two girls, but they also both had feelings for Weston. While Weston and Kyra confessed that they had a crush on one another the entire season, Emily still chose Weston during a re-coupling, leaving Kyra with new boy Jered in a shocking turn of events during Week 4.