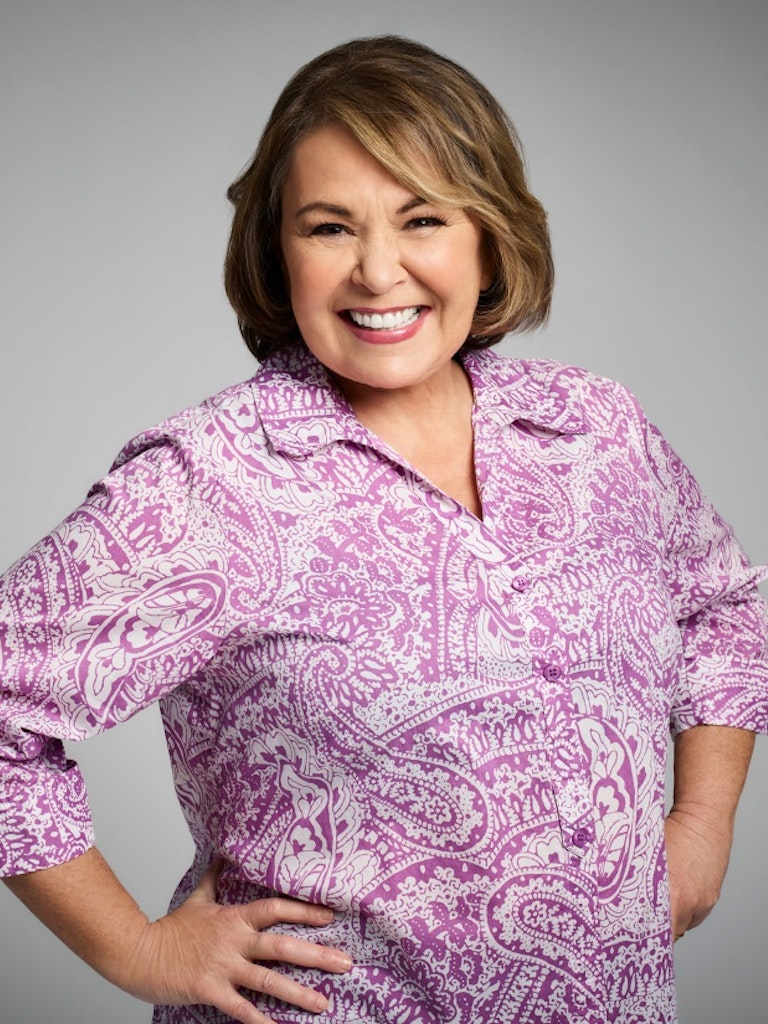 
Roseanne Barr’s reboot of her iconic sitcom ROSEANNE is garnering buzz at TCA.

By BILL HARRIS Special to BellMedia.ca PASADENA, Calif. - In the opening minutes of the new series THE CROSSING, a small-town sheriff played by Steve Zahn is shocked by the sight of more than 400 bodies floating ashore. That's kind of what it's like being a TV critic at the Television Critics Association tour. More than 400 shows are floating toward you. You can't help but gasp. But in THE CROSSING, as well as at TCA, the thing that really matters is what the survivors have to say. Which shows will make it? The TCA event always produces an intriguing combination of fact, fiction, buzz, and bravado as TV critics and industry insiders try to figure it all out. Since we're at the halfway point of this winter's TCA, with many shows already having trotted out their stars and creators for interviews with reporters from across North America, let's take a look at five of the series that are creating the most conversation. Since we've referenced it already, let's start with THE CROSSING, which is getting a pretty widespread “thumbs up” from critics. Alongside the 400-plus dead bodies suddenly appearing on the remote Oregon coast (although it actually was filmed in B.C.), 47 survivors emerge. They're all telling a tale that sounds ridiculous, but that's the thing – they're ALL telling it. Could these people really be from the future? And have human beings changed physically in 180 years? THE CROSSING has a Stephen King-ish feel, although it's not from Stephen King. And in a media scrum after the panel session at TCA, Zahn openly admitted that he isn't the typical “leading man” for this kind of role, but I actually found that to be very refreshing. His character's reactions to the bizarre things that are going on seem realistic and honest to me. Speaking of unconventional, that's a word that always can be used to describe Roseanne Barr. The return of the classic sitcom ROSEANNE has generated a lot of headlines, as did the show's panel session at TCA. Barr has not been shy about sharing her personal support for U.S. President Donald Trump, and it was fascinating to watch how political the panel session became, with reporters asking Barr pointed questions about her views, and why she decided to make her character in the new ROSEANNE a Trump supporter as well. By the end of the panel, it felt as if the 2016 U.S. election had been re-argued. But interestingly, later in a smaller media session, Barr and her castmates were much more emotional about their return and the opportunity to be together again. Now that I think of it, that's what the old ROSEANNE show did so well, right? It always was a combination of ornery wisecracks and tender moments. The scuttlebutt from most critics seems to be, this reunion could have been a disaster, but it actually isn't. There's kind of a feeling of pleasant surprise – even relief! And just so you know, the fact that Dan, played by John Goodman, died in the original series, but has been resurrected for the reboot, is handled in a way that they hope will make everyone laugh. It definitely got a laugh out of me. What's intriguing about TCA is how critics react in different ways to different shows, and sometimes it makes me reconsider my original observations. The new series DECEPTION falls into that category, meaning that while I personally didn't quite know what to make of it when I first saw it, a number of critics have reacted very positively to the show's undeniable charm. It's about a celebrity magician named Cameron Black, played by Jack Cutmore-Scott, whose career is rocked by scandal. With someone close to him in serious legal trouble, Cameron wants to help the FBI uncover what really has been going on, especially because some of the crimes being committed are utilizing techniques that would be known only to another master magician. Premise-wise, it's a lot like CASTLE, with a magician instead of an author. Hey, CASTLE ran for eight seasons, so that isn't a bad thing. One difference, though, is that both Cutmore-Scott and Ilfenesh Hadera, who plays FBI Agent Kay Daniels, stated in a post-panel scrum at TCA that DECEPTION doesn't quickly fall into TV's go-to romantic cliche of, “will they or won't they.” Finally we come to two new series from “Shondaland,” which is the nickname for shows produced by the Shonda Rhimes stable. There's the lawyer show that has a name, and the firefighter show that doesn't have a name. The lawyer show is called FOR THE PEOPLE, and it stars Britt Robertson. Hot young lawyers from both the prosecution and defence sides of the equation battle the system, and each other, and wrestle with their senses of right and wrong. The first episode is brisk and sharp, covering three cases. The creators said that while there might not be three specific legal cases every week, there usually will be three “legal stories” of some description. The firefighter show is called, well ... at this point it's called GREY’S ANATOMY spinoff. The main character linking old and new is Dr. Ben Warren, played by Jason George, but some of his GREY’S ANATOMY buddies also make brief appearances in the first episode of the spinoff, and that will happen on a quasi-regular basis, since the two series exist in the same universe. So what would you call the GREY’S ANATOMY spinoff? One fellow critic suggested, BLAZE ANATOMY, and that really made me chuckle. I have a feeling I'm going to be calling it BLAZE ANATOMY in my head, no matter what the actual title turns out to be. @billharris_tv Editor’s note: THE CROSSING, GREY’S ANATOMY spinoff, DECEPTION, and FOR THE PEOPLE are coming to CTV this spring – click here for broadcast details. The ROSEANNE reboot is slated for CTV in 2018.