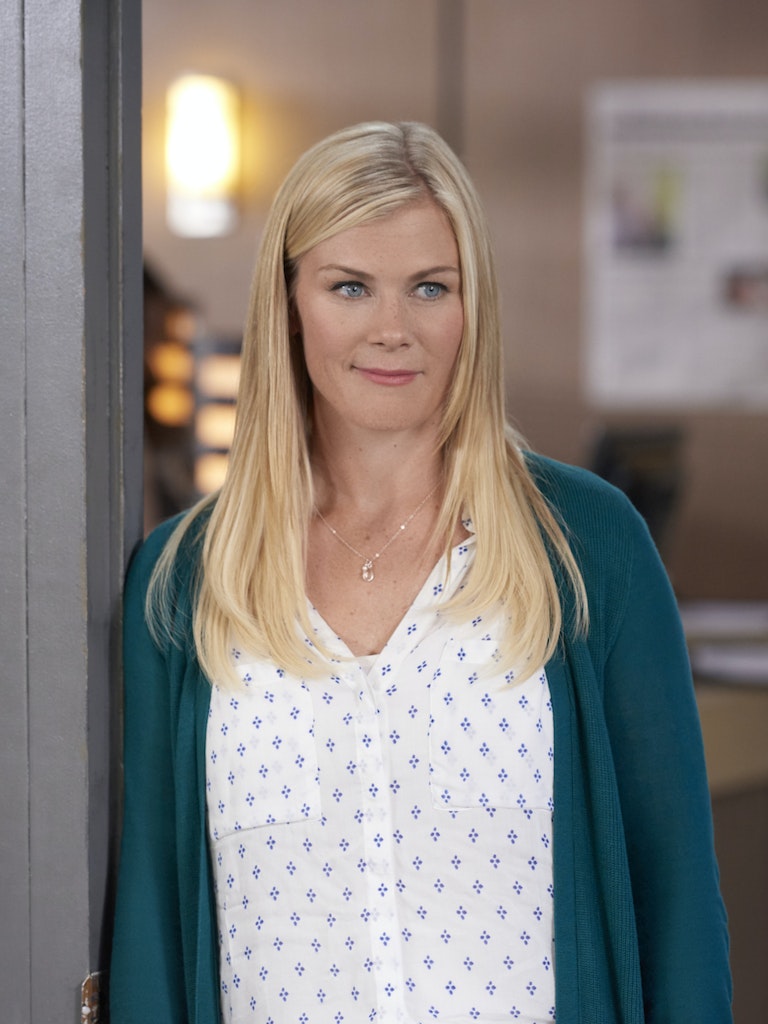 The second of three CHRONICLE MYSTERIES movies debuts Sunday, April 14, at 9 p.m. ET, on Bravo, with the third installment on tap for the following week. Sweeney  - who is best known for her role as Sami Brady on the soap opera DAYS OF OUR LIVES - changes it up in CHRONICLE MYSTERIES, playing a true-crime podcaster and diligent sleuth who is set to inherit a local newspaper from her uncle in the small town where she spent her summers growing up.

Sweeney paid a visit to Bell Media Studios in Toronto to talk about CHRONICLE MYSTERIES, which is set in a fictional world, but absolutely was inspired by her fascination with true-crime stories and podcasts.

Q: Are you the kind of person who figures out mysteries as you’re watching them, or listening to them, whether they’re fictional or true-crime stories?

Alison Sweeney: “I’m very suspicious out of the gate, and ready to think everyone is guilty. But in the scripted universe, and also as an actor and producer, I can sort of watch things unfold and say, ‘Oh, that person was in that scene for a reason.’ Like in the first season of TRUE DETECTIVE, I had that with the guy on the lawn mower. I was like, ‘There’s just no way that guy is that lucky to get that scene - that guy is coming back.’ I just understand a little of what we do. But my husband gets annoyed. He’s like, ‘Stop giving it away!’ And I’m like, ‘I’m just guessing.’ But I want credit! I want credit that I figured it out now. And he says, ‘Stop it, you’re ruining the movie!’ ”

Alison Sweeney: “That’s what I like about it, and some of the podcasts I listen to are connected to newspapers. So I really thought this was a way of connecting the two. Podcasting is a medium that has really captured me, because in L.A. we do a lot of driving, a lot of commuting, so it’s a medium that allows me to get the facts, the news, or a true-crime story if I want to listen to it, whatever, in a way that makes the time fly when you’re behind the wheel.”

Q: The retro-modern dynamic also plays out with your character and the Drew character (played by Benjamin Ayres).

Alison Sweeney: “We wanted Drew and Alex to be the yin and yang, he’s comfortable and has experience and is a real journalist and knows how to have relationships and inside sources, and she kind of comes in and is more like, ‘Well, why can’t we just go and interview this person?’ She’s a bit of a bull in a china shop. So that hopefully gives you that feeling of something you’re familiar with, in the way he does business, and she brings in the new energy. And down the line there will be some opportunity for some romantic tension in that as well.”

Q: The soap-opera genre has such a specific tone, this must be refreshing for you to stretch different acting muscles.

Alison Sweeney: “It has been fun to branch out and do something so different from what playing Sami Brady has been all these years, but with a whole set of attributes that I think the audience can really relate to. Alex is Type A, she is a go-getter who is busy and likes to figure things out, and doesn’t really want to sit back and wait for anyone else, but she also is a little nervous about the handsome guy who gives her a compliment, right? And getting to do some of the action sequences, that’s really fun for me, too. I guess in some ways acting always falls back to the same basic skill set, but this is very different, and I definitely enjoy it.”

Q: This actually has a British feel to it, because in the U.K. there have been a lot of successful mystery shows about crimes and murders in small towns.

Alison Sweeney: “Well, I really take that as a compliment, thank you, because I watch a lot of those shows as well. We wanted a small town, but not too small. And we thought of Pennsylvania, because on the Eastern coast, there are so many different places you could go within a short distance, you can cover a lot of ground. You’re not stuck in one town, where everything happens, and all of a sudden everyone in the town is either dead or a murderer, you know? Especially now, I think audiences are more aware of stuff like that, so you don’t want to fall into that trap. But also, the amazing thing about having a podcast as your vehicle, is that it allows Alex to seek out any kind of crime. And as you’ll see in the second episode, which premieres this Sunday, it also brings people to her, in a really sincere way, because all sorts of people want justice.”