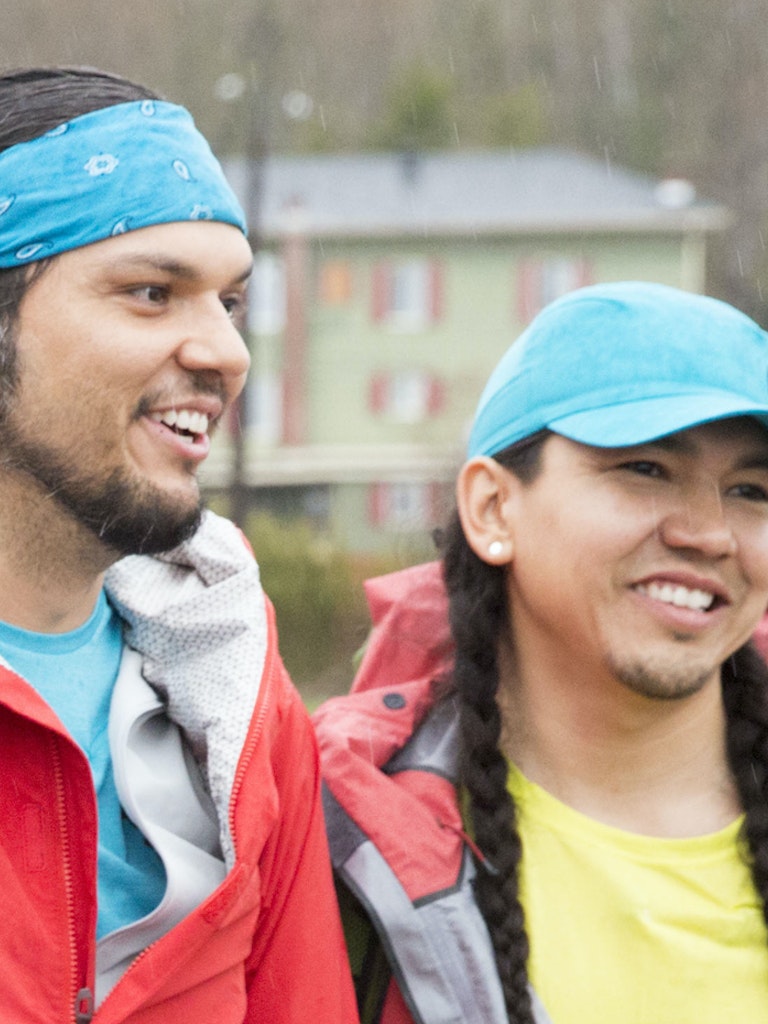 – On the next episode of THE AMAZING RACE CANADA, racers head to Thunder Bay, Ont., where a Face Off makes teams realize it could be anybody’s game –

TORONTO (August 20, 2019) – In tonight’s episode of CTV’s THE AMAZING RACE CANADA, host Jon Montgomery surprised the five remaining teams who thought they were coming to a Pit Stop as he revealed that they needed to keep on racing, first to Toronto and then Thunder Bay, Ont. THE AMAZING RACE CANADA returns with an all-new episode Tuesday, Aug. 27 at 9 p.m. ET/PT on CTV, and then streams anytime on CTV.ca and the CTV app.

This week, teams raced through Québec's Charlevoix region to Chez Chantal, where they had to properly peel 25 potatoes to a chef’s satisfaction before being directed to the Fairmont Le Manoir Richelieu, the site of the 2018 G7 summit. There, teams were met with a Roadblock which challenged one racer to hold a press conference in both English and French, and then answer three media questions in German, Italian, and Japanese.

Racers then chose between two blind Detours, “This” or “That”. Teams who chose “This” headed to the Centre de l'Émeu de Charlevoix, where they each painted one of two local landmarks on an emu egg, and then delivered their art to one of the depicted landmarks. Teams who picked “That” made their way to Famille Migneron De Charlevoix and played pick-lit, a regionally popular sport, to earn a combined total of 200 points, valued by distance.

Then, teams travelled to the Musée maritime de Charlevoix to check in with host Jon Montgomery at the Pit Stop. Aarthy and Thinesh arrived first, winning a trip for two to Santiago, Chile. Anthony and James were the final team to arrive at the mat, and learned from Jon that all five teams will keep on racing to Toronto’s Royal Ontario Museum, before travelling to Thunder Bay, Ont.

On the next episode of THE AMAZING RACE CANADA, “Another Day In Thunder Bay” (Tuesday, Aug. 27 at 9 p.m. ET/PT on CTV, and then streaming anytime on CTV.ca and the CTV app), racers head to Thunder Bay, Ont., where a Face Off makes teams realize it could be anybody’s game.

The five remaining teams competing for the Season 7 title of THE AMAZING RACE CANADA champions are: