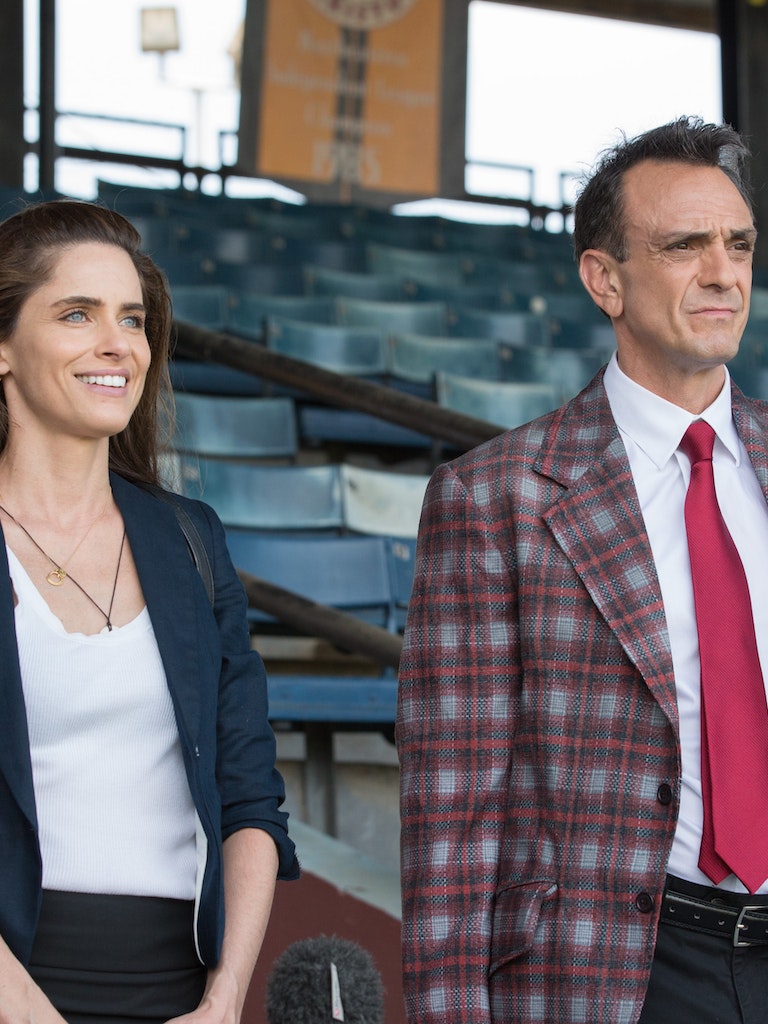 TORONTO (January 18, 2018) – Comedy continues to build upon its solid lineup of laughs as it announced today the return of hit comedy THE DETOUR and the Canadian premiere of raunch-com BROCKMIRE, on January 25. Already a critic’s hit in the U.S. with The New York Times calling it, “refreshingly outlandish,” the second season comes to Comedy this spring.  BROCKMIRE stars Hank Azaria (THE SIMPSONS) as Jim Brockmire a famed major league baseball announcer who suffered an embarrassing public meltdown live, on the air, a decade ago after discovering his wife’s infidelity. Now, looking to reclaim his career and love life, Brockmire takes a job in a small American rust belt town, calling minor league baseball games for the Morristown Frackers. The struggling team is led by Jules (Amanda Peet, HBO’s TOGETHERNESS), the strong-willed, hard-drinking owner. The character of Brockmire originally began as a viral short video on the award-winning comedy website, Funny Or Die. In the premiere episode “Rally Cap” airing Thursday, Jan. 25 at 10:30 p.m. ET/PT, Jim Brockmire is back. Years after his epic meltdown, sports announcer Brockmire is brought in to call games for a minor league team. Airing Thursdays at 10 p.m. ET/PT, THE DETOUR is created by Canadian comedic super-couple Jason Jones (THE DAILY SHOW WITH JON STEWART) and Samantha Bee (FULL FRONTAL WITH SAMANTHA BEE). Jones stars as unfiltered dad Nate, who hits the road with wife Robin (Natalie Zea, THE FOLLOWING) and kids Delilah (Ashley Gerasimovich, We Need To Talk About Kevin) and Jared, (Liam Carroll, THE NEIGHBORS). In this unpredictable and all-too-honest comedy about the chaos that erupts during a couple's thousand-mile road trip with the kids; every leg of their trip is fraught with disaster as they encounter one hellish turn after another. If there's trouble on the road, this family will find it and plow into it.

This Is the Most Anticipated New Premium Series of The Year