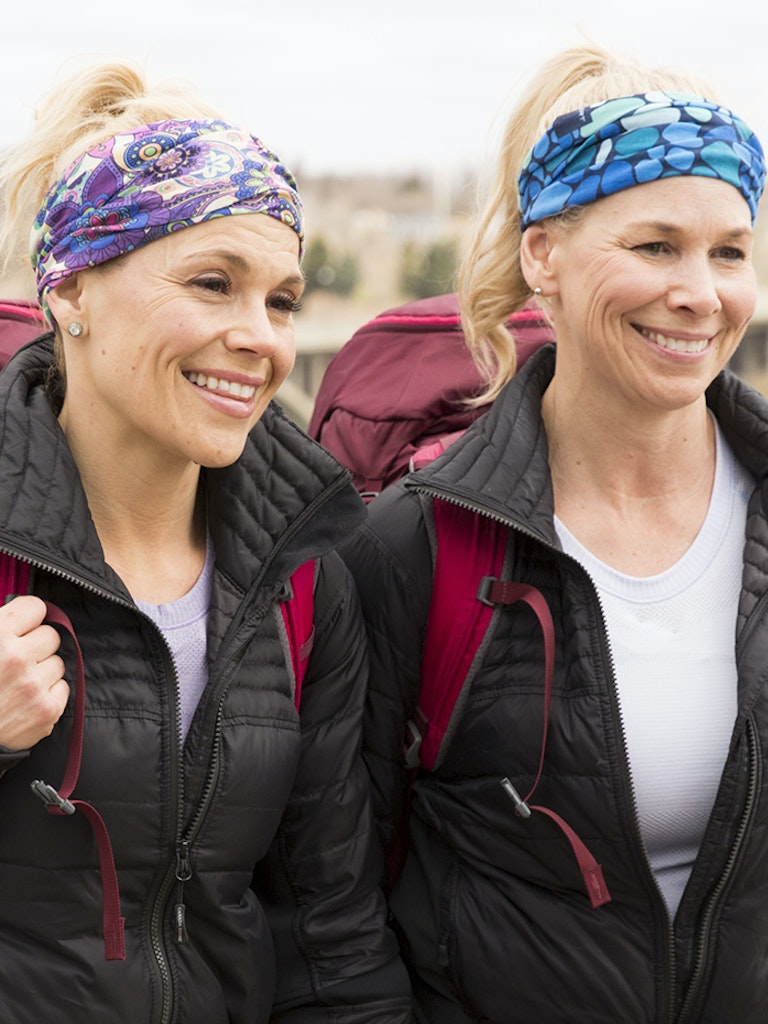 – On the next episode of THE AMAZING RACE CANADA, teams head to Kitchener-Waterloo, Ont., where this season’s first Face Off forces racers to turn up the heat…but can they handle it? –

The adventure continued as teams raced through Saskatoon to Canadian Light Source – Canada's national synchrotron light source facility – to find their next clue, which directed them to Nutrien’s Cory potash mine. There, racers travelled one kilometre beneath the earth’s surface, in full mining gear, to accurately ventilate a workspace using a plastic curtain, a spat gun, and loose potash.

Racers then headed to Champêtre County’s Howling Coyote Saloon and chose between two Detours, “Dance in a Square” or “Walk in Circles”. Racers who chose “Dance in Square” had to split up as one teammate called a square dance, while the other executed the moves alongside a professional square dance team. Teams that picked “Walk in Circles” had to find their way out of a 7,500 square foot barn-board maze, while collecting four different varieties of corn on the cob. Next, teams joined a Saskatchewan Rush Lacrosse practice and were tasked with hitting two of four targets hung on a lacrosse net.

Then, teams travelled to Remai Modern art museum to check in with host Jon Montgomery at the Pit Stop. Anthony and James arrived first, winning a trip for two to Costa Rica and a year of free gas courtesy of Shell Canada. Trish and Amy were the final team to arrive at the mat, but quickly learned from Jon that they were once again safe from elimination – with six teams continuing on to the next leg.

On the next episode of THE AMAZING RACE CANADA, “Balls, Balls, Balls” (Tuesday, August 13 at 9 p.m. ET/PT on CTV, and then streaming anytime on CTV.ca and the CTV app), teams head to Kitchener-Waterloo, Ont., where this season’s first Face Off forces racers to turn up the heat…but can they handle it?

The six remaining teams competing for the Season 7 title of THE AMAZING RACE CANADA champions are:

Discovery Uncovers the Fascinating Story Behind a VW Microbus,...