– With six of 12 teams now revealed, the remaining racers are set to be announced on THE MARILYN DENIS SHOW (tomorrow) and THE SOCIAL (Thursday) –
– THE AMAZING RACE CANADA premieres Wednesday, July 8 on CTV and CTV GO –
– Team videos, bios, fun facts, and exclusive content available at CTV.ca/TheAmazingRaceCanada –
– Follow @AmazingRaceCDA for updates on Season 3 –

To tweet this release: http://bmpr.ca/1GqeH4a TORONTO (June 16, 2015) – As announced on CANADA AM this morning, the second round of teams for CTV’s THE AMAZING RACE CANADA were revealed for the upcoming third season. The three new teams revealed are: • driven, determined Type-A best friends, and police officers with the Royal Newfoundland Constabulary, Dana and Amanda, from St. John’s, N.L.; • romantic, fun-loving couple Nic and Sabrina from Montréal; • and endearing, quick-witted, laid back brothers Brent and Sean from Musquodoboit Harbour, N.S. Up from 11 teams last season, a total of 12 teams will race to win more than $1 million dollars in prizes  and THE AMAZING RACE CANADA. Teams will continue to be announced in groups of three this week on CTV programs: THE MARILYN DENIS SHOW tomorrow (June 17) and the final three on THE SOCIAL on Thursday (June 18). In addition, the official Season 3 group photo will be released by @CTV_PR following the final team reveal on THE SOCIAL. Set to anchor CTV’s Summer 2015 schedule, the most-watched Canadian television show in history airs Wednesdays at 9 p.m. ET/PT beginning July 8 on CTV and CTV GO. Visit CTV.ca to check local listings. 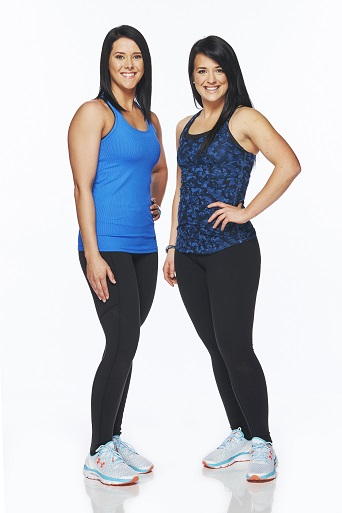 L-R: Dana and Amanda, Nic and Sabrina, and Brent and Sean

Stay Calm and Laugh On: Comedy Lives on The Movie Network This...