Go To The News Page
Every year during The Toronto International Film Festival (TIFF), one of the busiest times of year for ETALK, there’s at least one big interview ETALK chases. ETALK’s co-executive producer, Jennifer Morrison, is on the front lines, tasked with securing interviews with the fest’s biggest celebrities. And this year it was an exclusive sit down with Bradley Cooper and Lady Gaga for the most highly anticipated film of the year, A Star is Born. The process began with negotiations with Warner Bros. film studios that began in early August, and continued right up until today. Jen and ETALK producer Joanna Adams helped to prepare ETALK anchors Ben Mulroney and Danielle Graham in advance of the interview. It was a collaborative effort between the team. All four of them watched the movie separately and then chatted about it, conducted research, and even watched the older versions of A Star Is Born to help decide what direction the interview should take. Like always, Ben and Danielle were ready to bring their A-game to this Canadian exclusive that would be made into the ETALK PRESENTS – A STAR IS BORN half-hour special, airing tomorrow, Friday, Oct. 5, 2018 at 7 p.m. ET on CTV. The execution for an exclusive this size takes a village of producers led by Jen and her team. See below for some of the steps that go into creating an ETALK special with two of the biggest stars in the world. 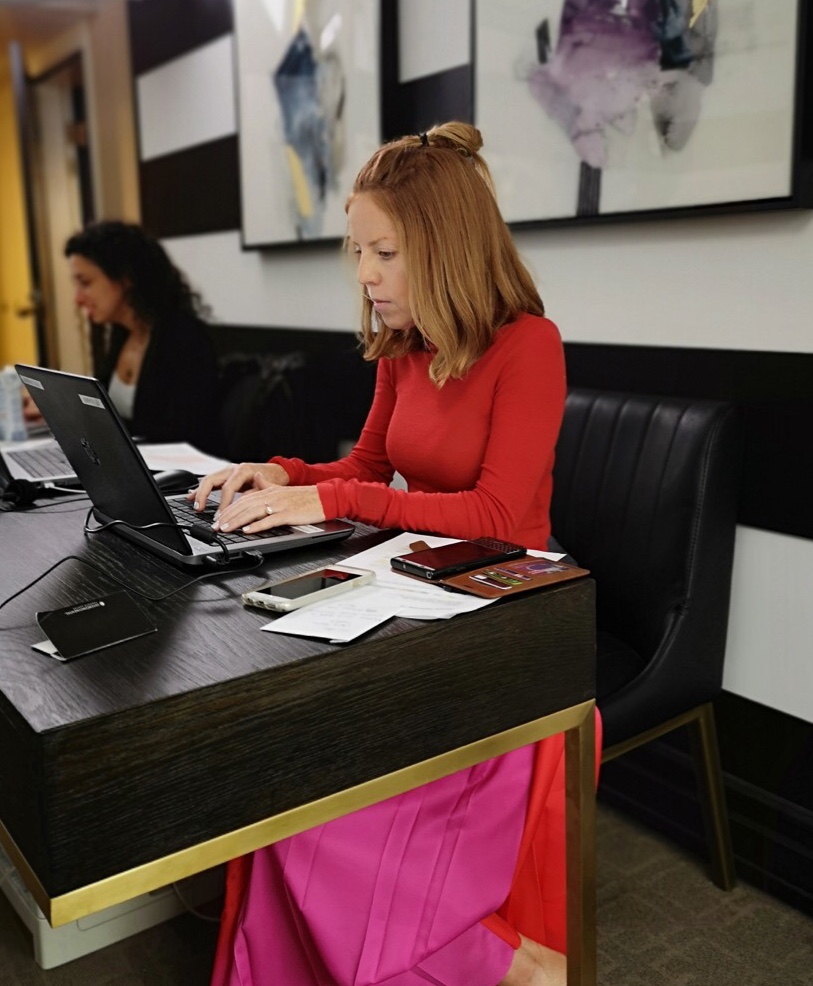 Timeline for ETALK PRESENTS – A STAR IS BORN: Early August – Jen and team pitches Warner Bros. for a 30-minute ETALK special with Bradley Cooper and Lady Gaga together. Securing an interview like this is never easy and involves a lot of back and forth. As for the location, timing and interview length, that’s all up to Warner Bros. Late August – Jen learns that ETALK’s been granted a 15-minute Canadian exclusive. Who, where and when is still up in the air. Sept. 5, 2018 – Jen learns the interview will be with Bradley Cooper, Lady Gaga, Sam Elliot, Anthony Ramos, Lukas Nelson and potentially Dave Chappelle.

Ben Mulroney Interviewing the cast of A Star Is Born at the Four Seasons in Toronto.

Sunday, Sept. 9, 2018: Interview Day 6 a.m. – Jen starts her day at home in bed, scanning her phone for any updates and keeping her fingers crossed for no changes. No news is good news and the interview is still on and scheduled for 11:30 a.m. at the Four Seasons. 9:30 a.m. – ETALK producer Joanna meets with Ben’s for some important one-on-one time, to work on the questions. Collaboration is really the key when it comes to big projects like this. 10 a.m. – After checking in at ETALK’s interview suite at the Intercontinental Hotel, Jen heads to the Four Seasons for a site survey of the A Star Is Born interview room (which looks incredible). After speaking to the Warner Bros rep, she learns the interview, which could have been six people, will just be four. 10:30 a.m. – Ben and Joanna arrive at the Four Seasons to join Jen, and the waiting game begins. 11:30 a.m. – A short 60 minutes later, it’s showtime! Ben interviews Bradley Cooper, Lady Gaga, Sam Elliot and Anthony Ramos – and it couldn’t have gone better! You know it’s a going well, when Bradley’s first response is, “That’s a good question.” The next day, ETALK is also able to secure additional time with the cast, and this is when Danielle gets her turn. Working closely with Ben and Joanna, she’s able to come up with a question so good, it moves Lady Gaga to tears! If you’re wondering what that question was, here goes: “You said you were just a girl from New York who wanted to be an actress. What would she, that girl, think about your life now, and this film?” See picture below. 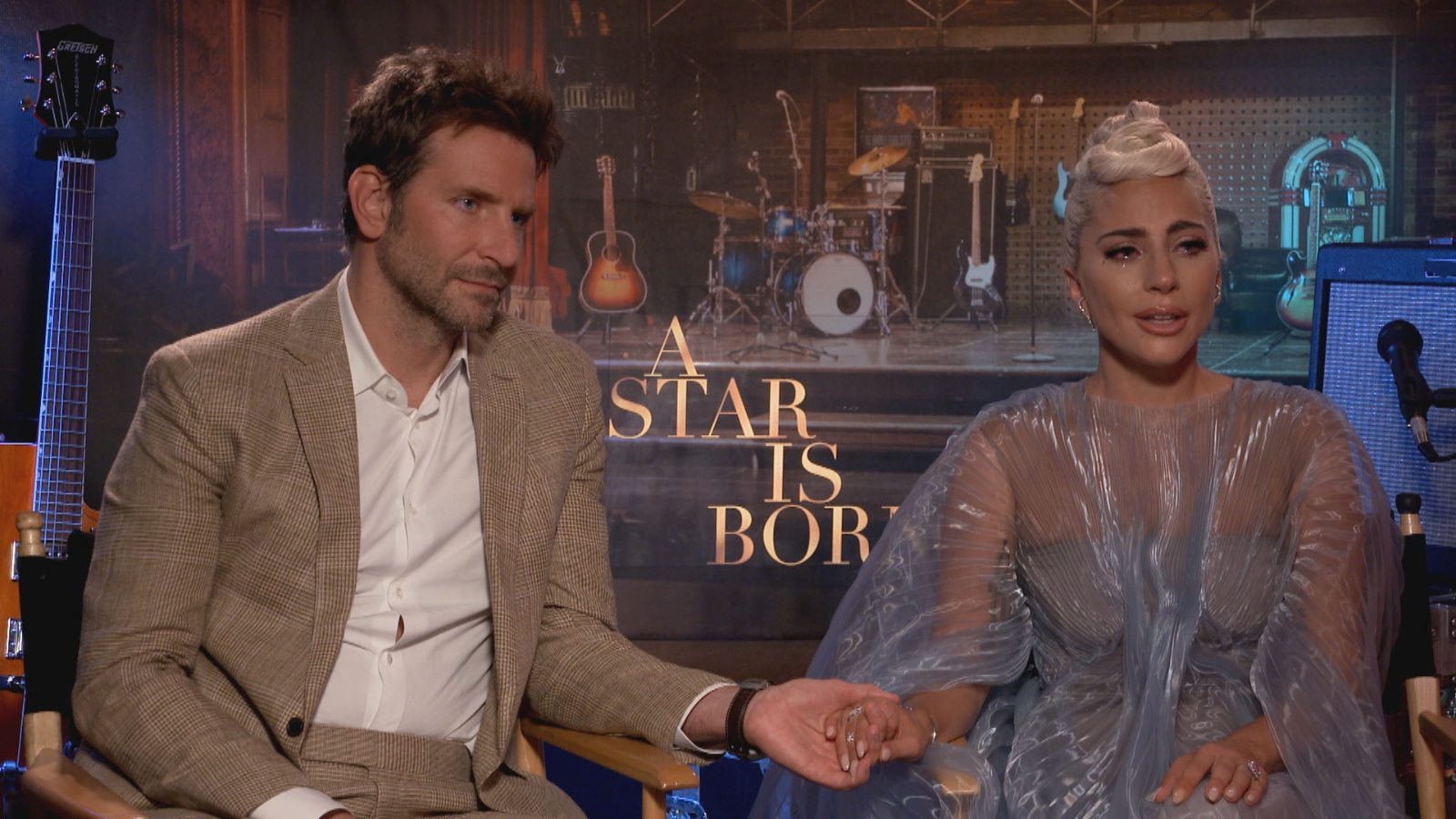 4:30 p.m. – Jen and Ben head to the red carpet premiere at Roy Thompson Hall, where ETALK has the coveted #1 spot. 5 p.m. – The A Star Is Born cast arrives on the red carpet, and Ben picks up right where he left off. Gaga even greets him with a kiss! 6 p.m. – Carpet wraps and goes better than expected! The cast goes inside Roy Thompson Hall for the North American premiere of A Star Is Born. 11 p.m. – Jen’s day ends just like it started. She’s back in bed, looking at her phone for any updates to the next day’s schedule. Next steps for crafting the special: Jen acknowledges that this all couldn’t have happened without a huge team of producers, camera guys, editors, the production team, and of course the ETALK talent, who go above and beyond everyday - Danielle, Ben, Lainey, Traci, Devon, Chloe, Liz and Tyrone. ETALK PRESENTS – A STAR IS BORN airs Friday, Oct. 5 at 7 p.m. ET on CTV. Tune into ETALK weekdays at 7 p.m. ET on CTV.