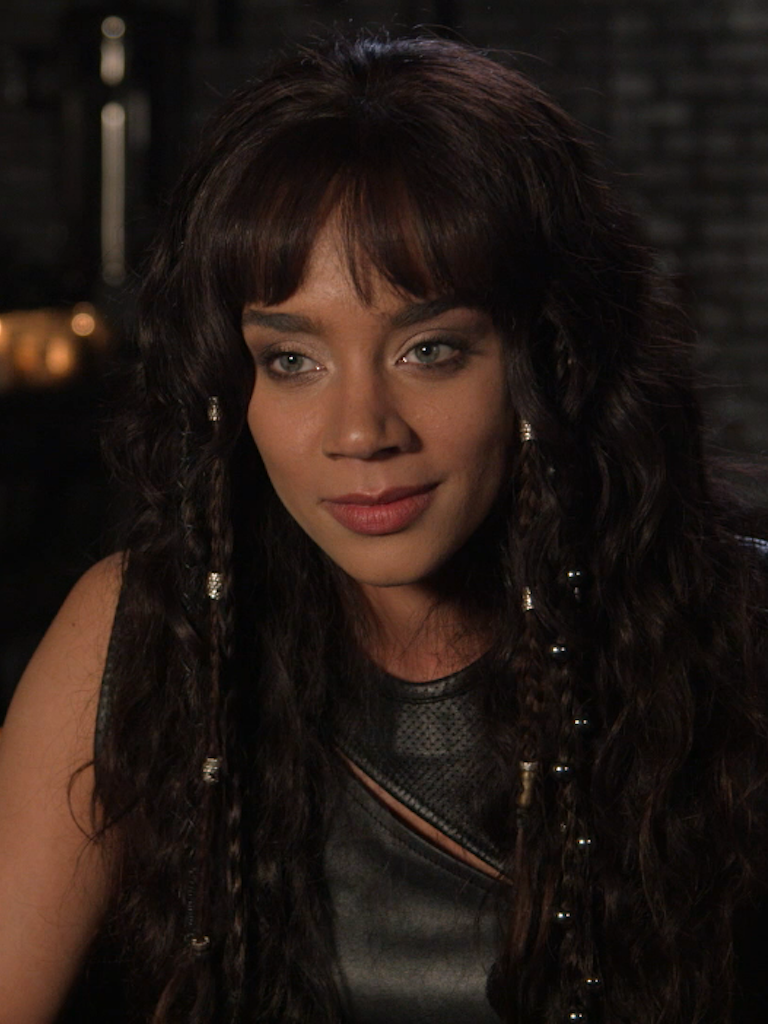 Go To The News Page
“Ultimately, season 3 is about a culmination of everything that we’ve been building towards…” Showrunner Michelle Lovretta, describing the newest season of KILLJOYS Click HERE for KILLJOYS season 3 featurette. Space unveiled an inside look at the new season of Space’s highest-rated original series KILLJOYS. The featurette includes interviews with Hannah John-Kamen (Dutch/Aneela), Aaron Ashmore (Johnny), Luke Macfarlane (D’Avin), and Lovretta, as they dig deep into new characters, changing relationships, and new threats in this anticipated season of KILLJOYS. The third season also serves as the beginning of the bounty hunters’ action-packed war against Aneela and the Hullen. In Season 3 of KILLJOYS, war looms over the J Star System. After sustaining serious personal loss, Dutch, Johnny, and D’avin prepare themselves for what lies ahead. While the trio struggles to assemble an army, a dangerous force – the unhinged daughter of Dutch’s late mentor Khlyen, and Dutch doppelganger, Aneela – heads towards them. Aneela is hell-bent on revenge for the death of her father and will be the team’s toughest opponent yet. Dutch’s only hope of stopping Aneela includes convincing a motley gang of bounty hunters to change their mandate from “The Warrant is All”, to “The War is All.” KILLJOYS premieres on Friday, June 30 at 8 p.m. ET exclusively on Space. Additional Season 3 assets are available here.