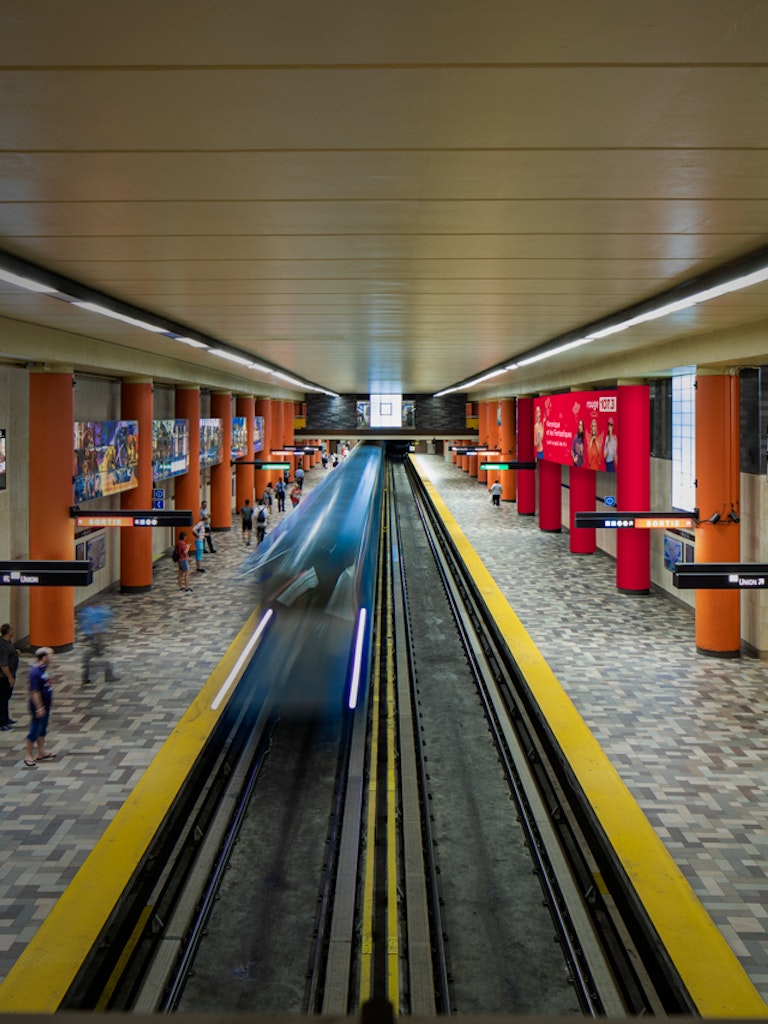 MONTRÉAL, December 10, 2018 – Astral, the out-of-home advertising division of Bell Media, and Transgesco, a subsidiary of the Société de transport de Montréal (STM), announced today that they are upgrading the out-of-home advertising offering in the Montréal metro. The new faces will be installed at the Berri-UQAM, McGill, and Lionel-Groulx metro stations, and advertisers can take advantage of the enhanced offering in April 2019. 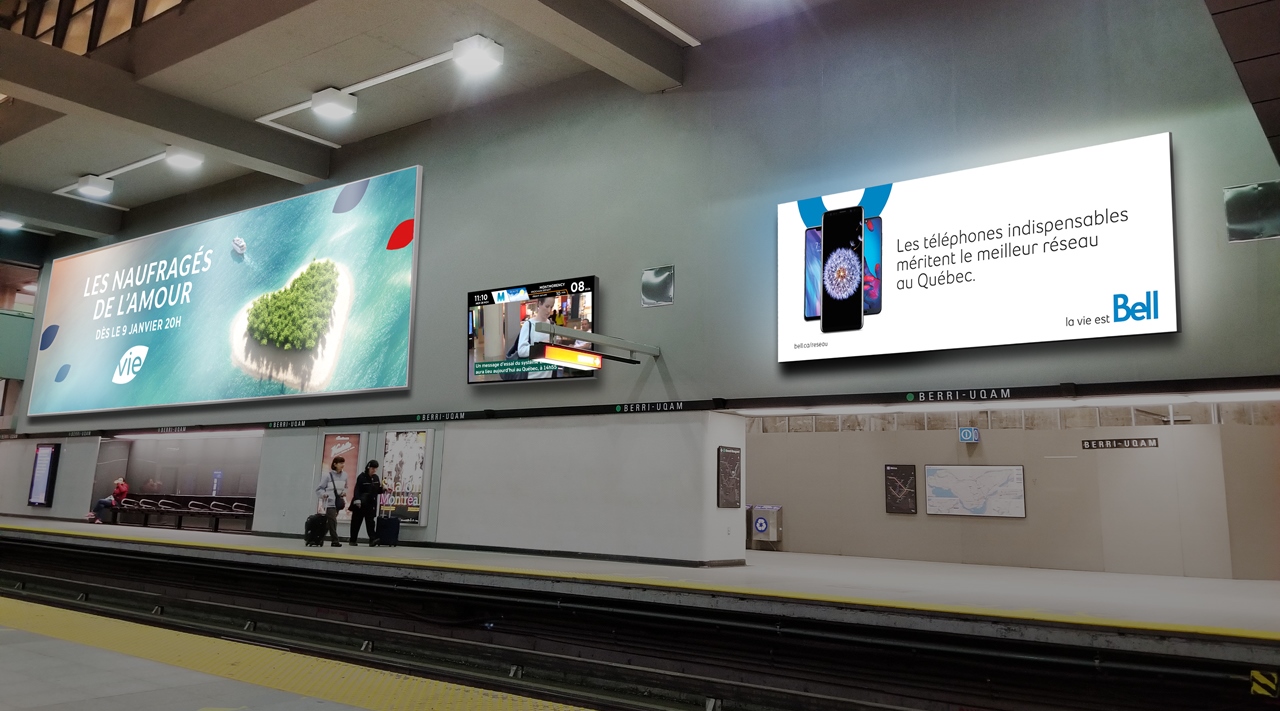 As part of the overhaul, the 14 projectors currently used in these stations will be replaced with nine, new, ultra-high definition LED screens, creating new possibilities for digital advertising while significantly reducing the STM network’s energy consumption. The size and technological capabilities of the screens will allow advertisers to have a greater impact than ever before. The Transgesco, STM, and Astral teams have worked together to ensure the displays will be seamlessly integrated into each station’s unique architecture. Also, giant textile banners will be installed at the Berri-UQAM, McGill, and Lionel-Groulx metro stations. In addition to boosting advertisers’ profile, these new additions are a major improvement over the vinyl material typically used. “This major revitalization project for the Berri-UQAM, McGill, and Lionel-Groulx metro stations allows Astral and the STM to offer unique, cutting-edge options for advertisers,” said Karine Moses, President of Astral. “We’re confident that the quality and novelty of the new product offering will greatly enhance the passenger experience in the Montréal metro.” "It is important for both Transgesco and the STM to offer metro customers an enjoyable experience when they use our network," said Michel Lafrance, VP and General Manager of Transgesco. Working with a supplier that is as responsive to our needs as Astral is a pleasure. "

Transgesco L.P.  is the commercial subsidiary of the Société de transport de Montréal (STM). Its mission is to develop revenue streams beyond fares by leveraging the STM’s commercial potential, assets and resources. For more information, visit www.transgesco.ca.

Astral, a division of Bell Media, is one of Canada’s leading out-of-home advertising companies, with more than 31,000 advertising faces strategically located in the British Columbia, Alberta, Ontario, Québec, and Nova Scotia markets. Driving innovation on one of the country’s most dynamic media platforms, Astral is committed to staying at the forefront of the latest technological trends, offering advertisers the opportunity to deliver powerful messages that engage and connect with consumers. For more details, visit www.bellmedia.ca. 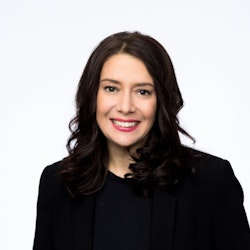