Montreal, January 15, 2015—This Thursday marked the official launch of the ballecourbe.ca website—the result of a partnership between RDS, Quebec’s number-one sports network, and URBANIA, a highly original multi-platform media outlet.
Balle Courbe (“Curveball”) delivers sport with a twist, serving as a fun complement to traditional sports sites, among which RDS is already a dominant presence. Balle Courbe takes a novel approach to sport by providing entertainment that includes miscellaneous news stories, humour and oddities, thanks to diverse content such as unique lists, offbeat columns, surprising photo galleries and eye-opening videos. “With Ball Courbe, RDS has taken the bold step of going somewhere no one expected us to go,” stated Martin Ceré, Senior Director – Digital Media, at RDS. “Various sites with significant exposure have already proven that there’s an audience out there hungry for more alternative content that highlights the absurd or unpredictable nature of things—and there was definitely a place available in the French-language market for an offering of this type focused on sport. It made sense for us, as a Quebec sports leader, to enter this new field, and we believe that our partnership with URBANIA confirms our desire to create something truly different with this project.” “Balle Courbe combines RDS’s expertise and credibility when it comes to sport with URBANIA’s off-kilter perspective. Thanks to this partnership, we will benefit from the unifying nature of sport and the drawing power of the RDS brand to reach a new audience hungry for sport-related entertainment, while at the same time retaining the unconventional approach that defines our publications,” emphasized Philippe Lamarre, editor of URBANIA. “Whether they’re waiting in a line, between appointments or relaxing on the sofa at the end of the day, people will be able to amuse themselves with our content whenever they want, on the platform of their choice.” Balle Courbe encourages audience interaction and user response on the most popular social media networks by enlivening netizens’ news feeds with entertaining diversions. It offers a dynamic mobile experience, intuitive sharing via Facebook and Twitter, and multiple advertising integration options. The site’s development, graphic design and content creation are handled by RDS and URBANIA. Its technical development was handled by We_Are, a Montreal-based interactive studio.

About URBANIA
Through focusing on people and their stories, Urbania seeks to entertain, inform and surprise visitors to its website, readers of its magazine, viewers of its TV shows and participants in its events. Produced in Montreal since 2003, it is aimed at a community of inquisitive people eager for intelligent, passionate media content that takes them off the beaten track.

Non-conformist, provocative, graphically daring, offbeat, eccentric… a whole host of adjectives could be used to describe Urbania, but these would obscure its primary mission: to make the ordinary extraordinary. 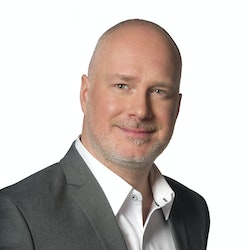