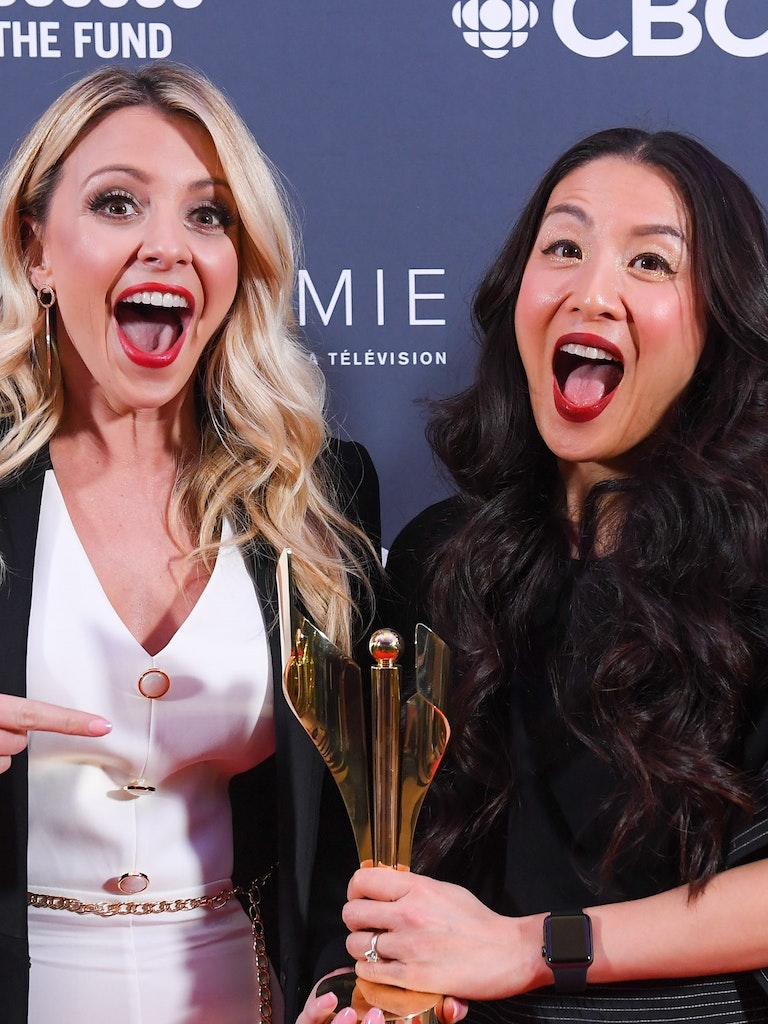 TORONTO (April 1, 2019) – Bell Media applauds its production partners, team members, and talent on their outstanding achievements at the 2019 Canadian Screen Awards. Securing a total of 55 awards across television, film, and digital during Canadian Screen Week, Bell Media continues to be recognized for its championing of remarkable original Canadian content.

Bell Media and its partners won more awards than any other broadcaster at last night’s closing gala, including acting category wins for CARDINAL and LETTERKENNY, and Best Reality/Competition Program or Series for THE AMAZING RACE CANADA.

“It has be a phenomenal year for original Canadian content and we are incredibly proud of our Bell Media team and partners who continue to deliver outstanding series and films for Canadian audiences and beyond,” said Randy Lennox, President, Bell Media. “We extend our warmest congratulations to all our winners and nominees across the various categories. And to Beth Janson and the stellar team at the Academy, congratulations on another phenomenal Canadian Screen Week and Awards.”

Bell Media-supported films won 21 awards, led by The Great Darkened Days | La grande noirceur, which secured five awards including Performance by an Actress in a Supporting Role for Sarah Gadon, Achievement in Art Direction, and Achievement in Cinematography. A Colony | Une colonie won three awards, including Best Motion Picture, Performance by an Actress in a Leading Role for Émilie Bierre, and the John Dunning Best First Feature Film Award. Support for films comes from The Harold Greenberg Fund/Le Fonds Harold Greenberg, as well as pre-buys and acquisitions from Bell Media’s Crave and Super Écran.

YOU ARE HERE: A COME FROM AWAY STORY (2)

Performance by an Actress in a Supporting Role
Sarah Gadon

Performance by an Actress in a Leading Role
Émilie Bierre

Performance by an Actor in a Leading Role
Théodore Pellerin

Clone Club Has a New Reason to Celebrate as all Five Seasons o...

30 Years Later: BAYWATCH Is “Redder” Than Ever!