Join the Hubub for this announcement: https://www.hubub.com/317383 TORONTO (February 9, 2015) – Bell Media today announced a multi-year exclusive content agreement with Twentieth Century Fox Television Distribution that will, in part, deliver past seasons of some of television’s grittiest dramas and laugh-out-loud comedies to Canada’s premium TV streaming service, CraveTVTM. The deal also delivers one of television’s most-acclaimed dramas, HOMELAND, to CraveTV as part of its SHOWTIME Collection launching later this month. With Season 3 currently airing on Bravo, Tuesdays at 10 p.m. ET, all 24 episodes of the critically acclaimed first and second seasons of HOMELAND will be available on CraveTV, with additional seasons to arrive onboard in the future. 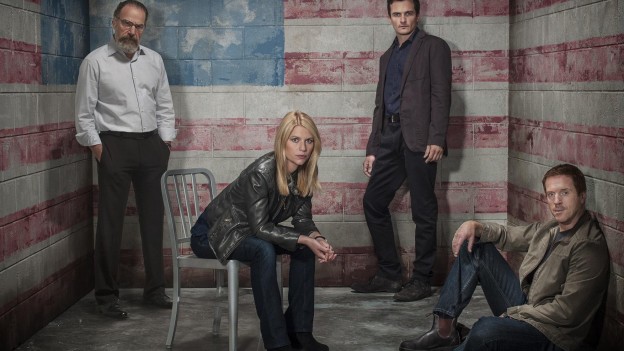 “These Fox series represent some of the very best in serialized storytelling available and confirm CraveTV’s status as the home of premium television in Canada,” said Mike Cosentino, Senior Vice-President, Programming, Bell Media. Evan Scheffel, SVP Worldwide Pay TV and SVOD, Twentieth Century Fox Television Distribution added, “The availability of past seasons on CraveTV is an excellent way to expand the audience reach for some of Fox’s strongest programming now available on linear television. We are very pleased to further our relationship with Bell Media through this content licensing agreement.” HOMELAND is the winner of eight Emmy Awards® including Outstanding Drama Series (2012), and five Golden Globe Awards. The psychological thriller stars Claire Danes as a CIA officer who becomes convinced that the intelligence that led to the rescue of a U.S. soldier (Damian Lewis), who had been missing in Iraq and presumed dead for eight years, was a set-up that may be connected to an Al Qaeda plot to be carried out on American soil. Mandy Patinkin plays a veteran CIA Division Chief who is her boss and mentor. In addition to HOMELAND, CraveTV will become the exclusive home to past seasons of: LEGENDS • Launching on CraveTV in advance of its Season 2 premiere on Bravo later this year, LEGENDS is a 10-episode, one-hour, gritty drama that delves into a terrifying mystery of identity and espionage. Based on the award-winning book by novelist Robert Littell, and from the executive producers of HOMELAND and 24, LEGENDS stars Sean Bean (GAME OF THRONES) as Martin Odum, an undercover agent working for the FBI’s Deep Cover Operations (DCO) division. Ali Larter (HEROES) stars as Crystal McGuire, a fellow operative who has a history with Martin. SALEM • Hailed as a “surprisingly smart, well-executed and extremely scary new spin on a familiar trope,” SALEM debuts on CraveTV in advance of its second season premiere on Sunday, April 5 at 10 p.m. ET on Space. An edge-of-your-seat witchcraft thriller, SALEM explores the infamous witch trials, and delivers a bold new vision of 17th century Salem and its witches. Starring Janet Montgomery (ENTOURAGE) and Shane West (ER), this 13-episode, one-hour series explores what truly fuelled the town’s notorious witch trials, and uncovers the dark, supernatural truth hiding behind this infamous period in American history. GRACELAND • Named by Variety as “one of the top frosh cable dramas” following its debut season, the first and second seasons of GRACELAND come to CraveTV in advance of its Season 3 premiere on Bravo later this year. The series follows Mike Warren (Aaron Tveit, GOSSIP GIRL) and his roommates – all agents from the FBI, DEA, and Customs – whose undercover residence is beachfront real estate seized from drug lords. In the 26-episode, one-hour series, Mike and the team work to solve cases for their respective agencies while also keeping the peace in their own household. GRACELAND also stars Daniel Sunjata (RESCUE ME) and Vanessa Ferlito (24). SIRENS • With the second season of SIRENS currently airing Tuesdays at 10:30 p.m. ET/PT on The Comedy Network, Season 1 of SIRENS is available now in its entirety on CraveTV. From Executive Producers Denis Leary and Bob Fisher, the half-hour, 10-episode comedy follows three of Chicago’s best emergency medical technicians, whose sometimes silly, self-righteous, and even self-destructive personalities make them unqualified for sustaining relationships, friendships…and most occupations. SIRENS stars Michael Mosley (LONGMIRE) as Johnny, a good-looking, sports-loving, Chicago EMT who works alongside his best friend Hank (Kevin Daniels, MODERN FAMILY); Brian (Kevin Bigley, BONES) as the wide-eyed and excitable new EMT who still lives with his parents; and Jessica McNamee (PACKED TO THE RAFTERS) as Theresa, a smart cop with the Chicago PD who still loves her non-committal ex, Johnny. Today’s announcement is the latest in a series of content partnership announcements between CraveTV and Hollywood's leading content suppliers.

About CraveTV
All you can watch, for $4/month. Created for TV lovers and devoted exclusively to television, CraveTVTM is Canada’s premium TV subscription on-demand video streaming service, providing the most robust lineup of superior television content in the country. From TV’s most-acclaimed dramas and beloved comedies to documentaries, music, and factual programming, CraveTV features thousands of hours of premium non-kids TV programming, representing hundreds of unique titles. Designed to complement the traditional television ecosystem, and available to all TV providers, CraveTV is available to Eastlink, TELUS Optik TV, Bell Fibe TV, Bell Satellite TV, Bell Aliant FibreOP TV, and Northwestel subscribers and is coming soon to other CCSA members. Available through traditional set-top boxes, the service will also be available via mobile apps, the web, game consoles, and smart TVs. CraveTV is from Bell Media, Canada’s premier multi-media company with more than a decade of leadership delivering Canada’s most-watched and most-acclaimed television programming across the Pay, Specialty, and Network TV landscapes. For more on CraveTV, visit www.CraveTV.ca.

Without a Trace: Discovery’s MAYDAY Returns March 1 With the ...