– All Canadians with access to the Internet can soon enjoy CraveTV’s premium TV programming, including HBO and SHOWTIME content –

“CraveTV truly is a TV Addict’s dream…CraveTV has everything.” – TheTVAddict.com TORONTO (July 13, 2015) – Bell Media announced today that its premium TV streaming service CraveTVTM will become available direct to consumers in January, 2016. Today’s announcement means that the breadth and depth of premium, quality television programming available exclusively on CraveTV will soon also be offered to all Canadians with access to the Internet. More details will follow in the months ahead. **Media Note** Download photography from CraveTV at BellMediaPR.ca. “As our business model has continued to evolve, the time is right to also offer CraveTV as a standalone product,” said Mary Ann Turcke, President, Bell Media. “We are pleased to provide TV lovers across Canada with full access to the thousands of hours of premium television programming available on CraveTV.” CraveTV is currently available to subscribers of a long list of participating television providers, including Bell, Eastlink, and Telus, via set-top box, mobile apps, the web, Apple TV, Chromecast, and Microsoft Windows 8.1, and will soon be available via game consoles and Smart TVs. From TV’s most-acclaimed dramas and beloved comedies to documentaries, music, and factual programming, CraveTV features thousands of hours of premium TV programming, representing hundreds of unique titles. CraveTV provides viewers with the largest collection of premium content in one place, with programming in three categories – exclusive past-season content, featuring back seasons of television’s biggest programs currently on air; an extensive and exclusive library, featuring complete catalogues of some of the best TV series that have ever aired; and original series never before seen in Canada. CraveTV features more than 20 curated collections across multiple genres, and includes: 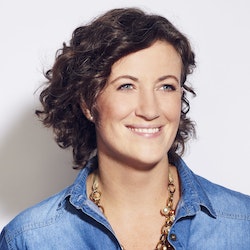 High-Octane, Globe-Spanning Thriller STRIKE BACK Returns For a...