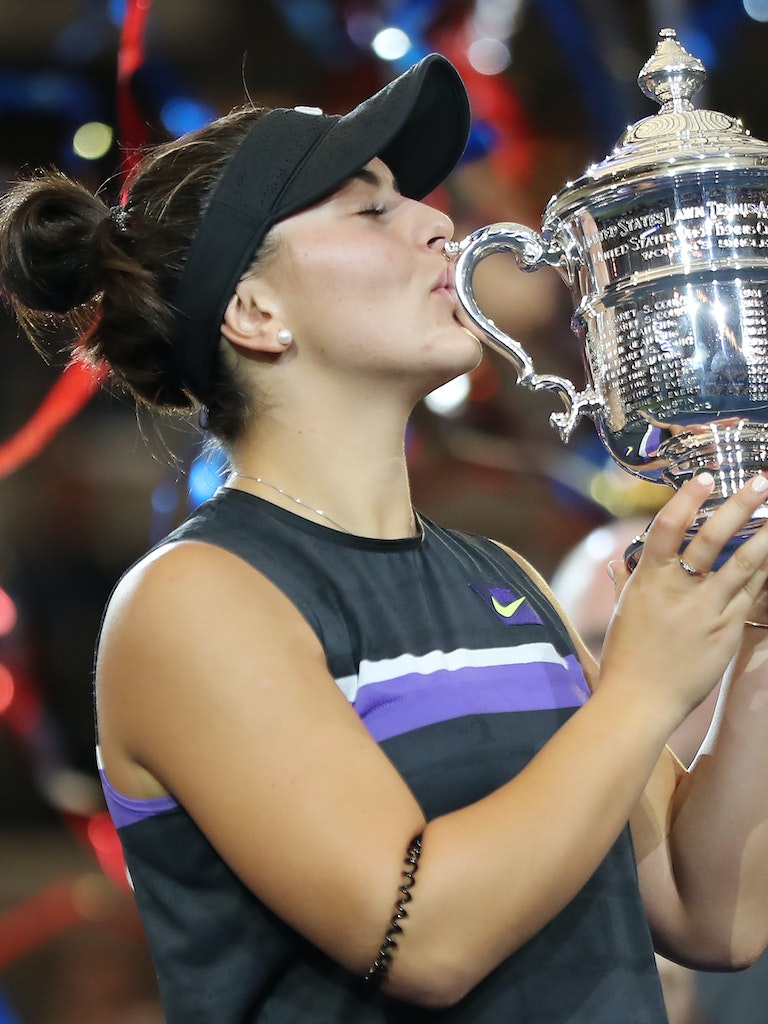 – More than 7.4 million unique Canadian viewers watched Andreescu become the first Canadian singles player to win a Grand Slam championship with a straight-sets victory over Serena Williams on Saturday –
– US OPEN Women’s Final attracts average audience higher than that of the 2019 Stanley Cup Final –
– TSN was the most-watched network in Canada on Saturday, ahead of all conventional networks, and the US OPEN Women’s Final was Canada’s #1 program of the day –
– TSN’s exclusive live coverage of the 2019 US OPEN grows by 69% compared to last year –

TORONTO (September 9, 2019) – With her unforgettable championship run at the 2019 US OPEN, Canadian tennis sensation Bianca Andreescu has smashed audience records. Preliminary data from Numeris confirms that her straight sets victory over Serena Williams in Saturday’s Women’s Final attracted a record average audience of 3.4 million viewers, making it the most-watched tennis broadcast ever on TSN and RDS and attracting a higher average audience than that of the 2019 Stanley Cup Final.

More than 7.4 million unique Canadian viewers tuned in to TSN and RDS to watch some part of the match. Audiences peaked at 5.3 million viewers at 5:59 p.m. ET in the second set as Andreescu secured the title to become the first Canadian singles player to win a Grand Slam championship.

All eyes were on Andreescu on Saturday, as the Women’s Final ranked as the #1 program of the day, and TSN was the most-watched network in Canada, ahead of all conventional networks. The match ranks as Canada’s most-watched broadcast since the Toronto Raptors clinched the 2019 NBA championship live on TSN, CTV, and RDS.

In Toronto, the match had a share of 58% on TSN, meaning that more than half of all people watching television in Toronto on Saturday afternoon were tuned in to the Women’s Final.

The match attracted significant engagement across TSN’s digital platforms, with US OPEN video content on TSN.ca and the TSN app growing 145% compared to last year’s tournament, and more than 13 million impressions for US OPEN content on TSN’s social media platforms.

Andreescu’s unprecedented performance at the US OPEN broke audience records throughout the tournament, as she set multiple new records for TSN’s most-watched US OPEN broadcast with her wins in both the semifinals and quarter-finals.

Average audiences for TSN’s exclusive live coverage of the 2019 US OPEN grew 69% compared to last year, with nearly 10.7 million Canadians watching some part of the tournament.

TSN is the exclusive Canadian home of the biggest events on the tennis calendar, serving up exclusive multi-court coverage of all four Grand Slam tournaments, including the AUSTRALIAN OPEN, FRENCH OPEN, WIMBLEDON, and US OPEN.

This Just In: STARZ Announces Premiere Date For Original Serie...