– Season 2 of BITTEN gets CTV airing in July –
– Laura Vandervoort returns to star as the world’s only female werewolf –
– Production to begin this summer/fall, on location in Toronto –
– BITTEN Season 1 is now streaming on CraveTVTM – 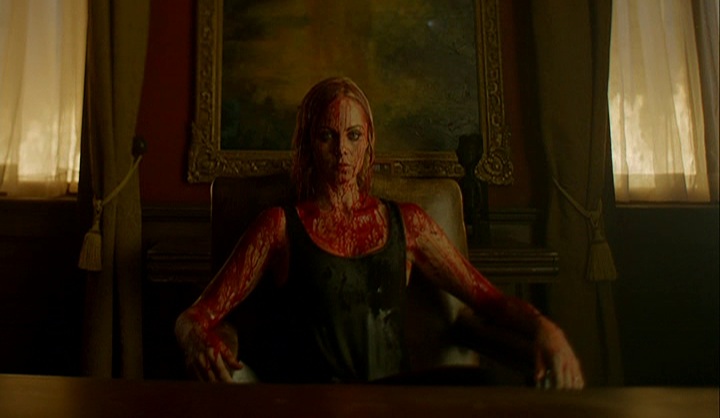 ANAHEIM (May 22, 2015) – As announced earlier today by BITTEN star Laura Vandervoort on a special, on-location edition of THE SOCIAL from Disneyland, Space confirms that it has ordered a third season of its most-watched original series ever, BITTEN. Based on the best-selling series of novels by Kelley Armstrong and produced by No Equal Entertainment, Entertainment One Television (eOne), and Hoodwink Entertainment, Season 3 sees the return of genre icon Laura Vandervoort (SMALLVILLE, Ted) as Elena Michaels; Greyston Holt (ALCATRAZ, DURHAM COUNTY) as Clayton Danvers; Greg Bryk (A History Of Violence, ROOKIE BLUE) as Jeremy Danvers; Steve Lund (BEING ERICA, HAVEN) as Nick Sorrentino, and Genelle Williams (WAREHOUSE 13) as Rachel Sutton. Viewers who have yet to join The Pack can stream BITTEN Season 1 on CraveTV right now. Season 2 of BITTEN will air on CTV Saturdays at 10 p.m. ET, beginning July 4. “BITTEN is a great success story for Space,” said Tracey Pearce, Senior Vice-President, Specialty and Pay, Bell Media. “It’s been extremely gratifying to witness the series build such a passionate and dedicated international fan base. Congrats to the cast, crew, and our partners No Equal Entertainment, Entertainment One, and Hoodwink Entertainment. We look forward to yet another great season of this killer series.” “We are extremely excited to be headed back into production for a third season and are so proud of our success on Space,” said J.B Sugar, Executive Producer, No Equal Entertainment. “We couldn't do it without the continuing support from Bell Media and our incredible fans in Canada and around the world.” “This is a tremendous achievement which wouldn’t be possible without our talented cast and crew and Space’s unwavering support of the series,” said John Morayniss, Chief Executive Officer, Entertainment One Television. “Alongside No Equal Entertainment and Hoodwink Entertainment, we are thrilled to continue this incredible journey and looking forward to sinking our teeth into what's sure to be another nail-biting season." ** Media Note ** Download photography for BITTEN at bellmedia.ca/pr/tv/space/ BITTEN is executive produced by J.B. Sugar (THE COLLECTOR, JPOD) for No Equal Entertainment, John Barbisan, and Patrick Banister (WHISTLER) for Hoodwink Entertainment, and Tecca Crosby, John Morayniss, and Margaret O’Brien for eOne. Daegan Fryklind (MOTIVE, THE LISTENER) is Showrunner. Executive Producers Fryklind and Wil Zmak return to write for Season 3. Also in the writing room are Larry Bambrick, Jenn Engels, and Garfield Lindsay Miller. BITTEN is produced by No Equal Entertainment, Hoodwink Entertainment, and eOne in association with Space and Bell Media, with the participation of Rogers Cable Network Fund and Cogeco Program Development Fund and the Canadian Film or Video Production Tax Credit. Rebecca DiPasquale and Carrie Paupst Shaughnessy are Production Executives, Drama, Bell Media. Tom Hastings is Director of Drama, Independent Production, Bell Media. Corrie Coe is Senior Vice-President, Independent Production, Bell Media. Tracey Pearce is Senior Vice-President, Specialty and Pay, Bell Media. Phil King is President, CTV, Sports, and Entertainment Programming.

About Space
Space is home to phenomenal programming including imaginative dramas, epic movies, engaging reality series, and the daily entertainment talk show INNERSPACE, the source for all-things genre – all in high definition (HD). Named “Channel of the Year” in 2013 by Playback Magazine, Space is also home to Original Series ORPHAN BLACK and BITTEN. Space content is always available at Space.ca, and on Facebook, @SpaceChannel, and other social media platforms. Space is a division of Bell Media, which is owned by BCE Inc. (TSX, NYSE: BCE), Canada’s largest communications company.

The Movie Network Takes Audiences to the REELSIDE. New Six-P...