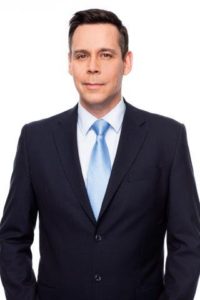 Greg Bonnell, Host of BNN’s HOUSE MONEY “BNN has always focused on the Canadian investor, and housing has become the most talked-about investment class in the country,” said Grant Ellis, General Manager, BNN. “But this ‘Gold Rush’ mentality has sparked out-sized risk taking, unrealistic expectations, and massive amounts of household debt. There has never been a better time to launch a program that gives Canadians the tools to navigate this unsettled market.” “Real estate is one of those rare business stories that almost every Canadian is passionate about,” said Bonnell. “For most Canadian home owners, their home is their most important financial asset, and they want to know where prices are headed. As for those on the outside looking in, they’re wondering whether they’ll ever see an opening.” For more than a decade, Canada’s hot housing market has topped headlines: from non-stop speculation to skyrocketing property prices, relaxed lending standards, and provocative mortgage rates. Instead of fueling crash fears or pumping up get-rich-quick schemes, HOUSE MONEY mixes essential news and analysis with the behind-the-boom stories that viewers rarely get to see. The program’s debut features an in-depth look at the country’s most-watched housing markets, Vancouver, including a first-hand account of how the new 15% foreign purchaser tax is also penalizing some Canadian citizens. Throughout the episode, HOUSE MONEY also explores a new development in Toronto’s sprawling suburbs that gives buyers the trendy conveniences of urban living at a much lower cost.