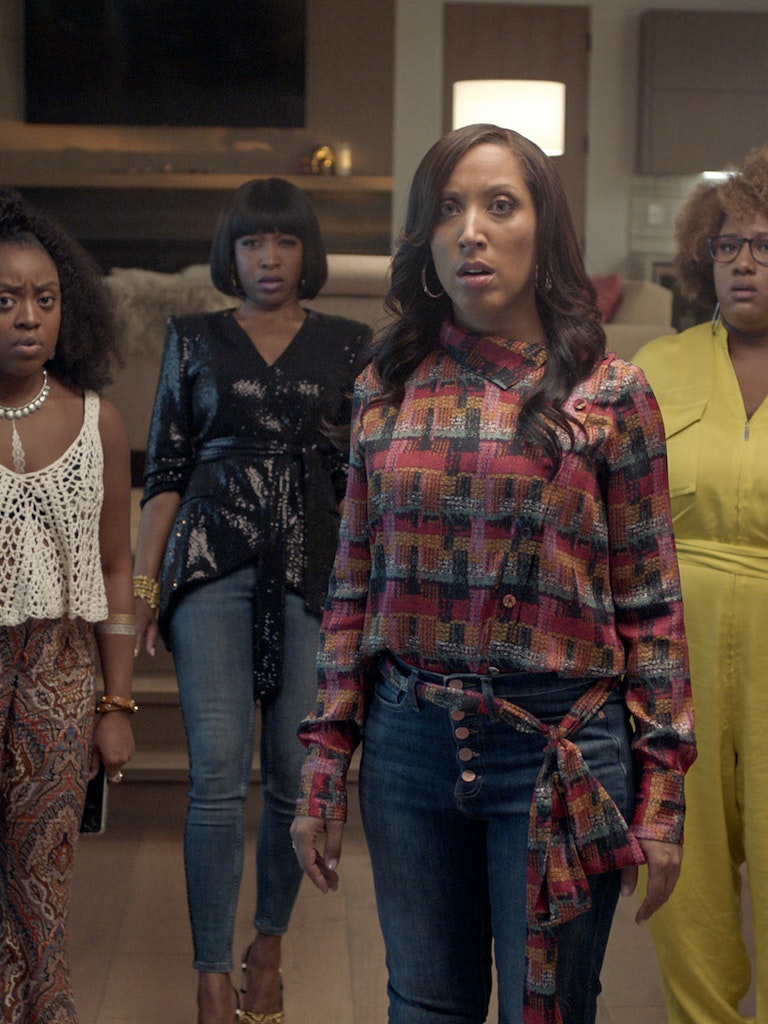 Robin Thede wants to bust barriers with HBO’s A BLACK LADY SKETCH SHOW, but she also just wants to make everyone laugh. That’s what you call a win-win.

Debuting Friday at midnight ET, only on Crave, A BLACK LADY SKETCH SHOW is a hilarious half-hour series that stars black women - including Thede, Ashley Nicole Black, Gabrielle Dennis, Quinta Brunson, and Issa Rae - is written by a team of black women, and is directed by a black woman, Dime Davis. The comedy, however, clearly is universal, if the widespread positive buzz surrounding the series is any indication.

“People think that black women can only be one kind of funny, and often that's just the eye-rolling best friend,” Thede explained during a panel for A BLACK LADY SKETCH SHOW at the recent Just For Laughs Festival in Montréal. “There's a time and place for that. I'm not knocking any of that. But on this show, between the main cast members, we play over a hundred original characters in six episodes. So you're going to see us playing men, women, aliens, all sorts of things.”

As for what she hopes to accomplish with the series, Thede - who previously hosted her own late-night talk show, and has worked in show business as an actor, writer, and comedian - not only gave an eloquent answer, but she also displayed her knack for setting up punchlines.

“This is just obviously a dream come true for me, it’s actually a dream realized,” Thede said. “For the first time, black women creating, writing, starring in this show, it's never been done before. Obviously there's a lot of responsibility with it, but there's nothing to compare it to, so that's good. We just get to, you know, put the bar really low. But more than that, it really does feel like a gift, not only to black women, but to the world of comedy lovers.”

Making it more personal, Thede then truly cracked up the entire room by adding, “Oh, and for my career? I also want to be really famous. I'm sorry, I'm technically famous, but I'm just looking to really skyrocket. I'm already rich, but more rich.”

This Just In: Globalive Media's BEYOND INNOVATION Comes to Can...