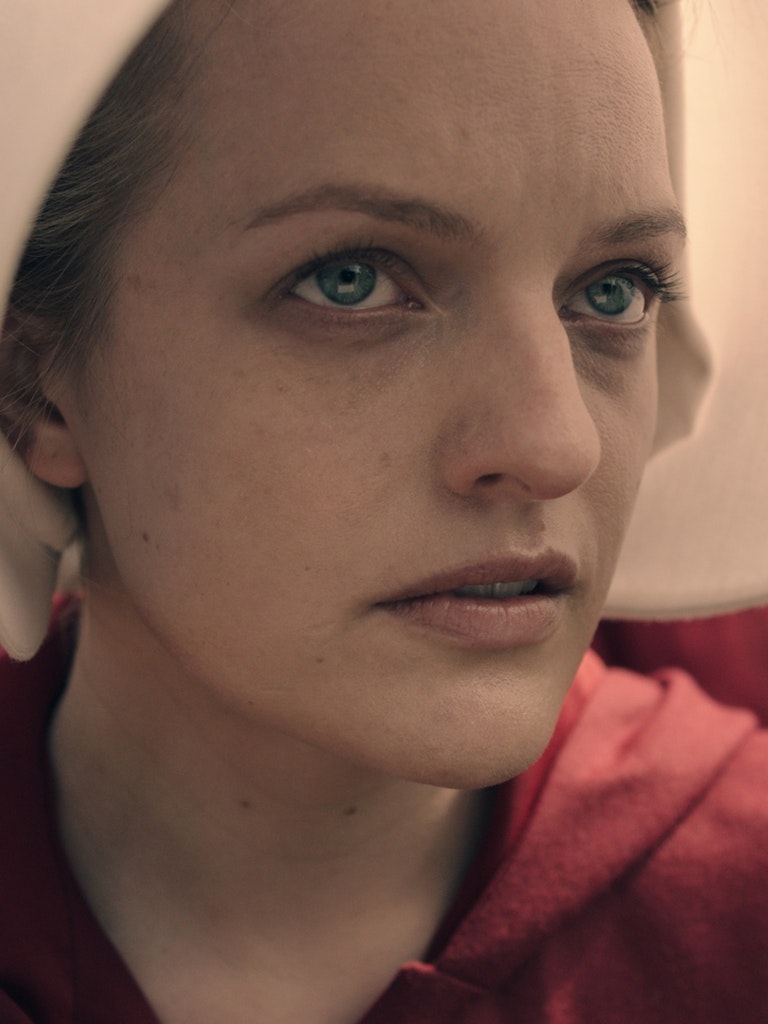 – Timely drama boasts stellar cast led by Elisabeth Moss (TOP OF THE LAKE, MAD MEN) –
– Based on Margaret Atwood’s classic novel, THE HANDMAID’S TALE to air exclusively on Bravo and stream on CraveTV following broadcast run –
– THE HANDMAID’S TALE is one of a series of tent-pole dramas to be announced for debut this April –

TORONTO (March 27, 2017) – Bravo announced today it has exclusively acquired one of 2017’s most anticipated dramas, THE HANDMAID'S TALE, in a deal with MGM Television. The 10-episode first season airs in Canada exclusively on Bravo, beginning with a special two-hour premiere event on Sunday, April 30 from 9 to 11 p.m. ET (10 p.m. – midnight PT). The one-hour drama continues to air Sundays at 9 p.m. ET/10 p.m. PT, beginning May 7. The entire first season launches on CraveTV this spring, following the season finale on Bravo. Click here for a first look at THE HANDMAID’S TALE. A television adaptation of Margaret Atwood’s iconic dystopian novel, the series stars Elisabeth Moss as Offred, Joseph Fiennes (AMERICAN HORROR STORY: ASYLUM, Shakespeare In Love) as Commander Waterford, Samira Wiley (ORANGE IS THE NEW BLACK) as Moira, Max Minghella (THE MINDY PROJECT) as Nick,  Yvonne Strahovski (CHUCK, DEXTER) as the Commander’s wife Serena Joy, O.T. Fagbenle (THE FIVE) as Luke, Alexis Bledel (GILMORE GIRLS) as Ofglen, Madeline Brewer (ORANGE IS THE NEW BLACK) as Janine, and Ann Dowd (Compliance, THE LEFTOVERS) as Aunt Lydia. Based on the award-winning, best-selling novel by Margaret Atwood, which recently topped the best-seller’s list once again, THE HANDMAID'S TALE is the story of life in the dystopia of Gilead, a totalitarian society in what was formerly part of the United States. Facing environmental disasters and a plunging birth rate, Gilead is ruled by a twisted fundamentalist regime that treats women as property of the state. As one of the few remaining fertile women, Offred (Elisabeth Moss) is a Handmaid in the Commander’s household, one of the caste of women forced into sexual servitude as a last desperate attempt to repopulate a devastated world. In this terrifying society where one wrong word could end her life, Offred navigates between Commanders, their cruel Wives, domestic Marthas, and her fellow Handmaids – where anyone could be a spy for Gilead – with one goal: to survive and find the daughter that was taken from her. Margaret Atwood, the author of the classic 1985 novel The Handmaid’s Tale from which the series has been adapted, is a consulting producer. “We're proud to be the exclusive Canadian home of THE HANDMAID'S TALE, a landmark series that seems more timely now than ever,” said Mike Cosentino, Senior Vice-President, Content and Programming, Bell Media. “The series will anchor Bravo's truly big spring schedule and guarantees to be appointment television.” “Bravo is a fantastic broadcast partner for THE HANDMAID'S TALE,” said John Bryan, President, Domestic Television Distribution, MGM Television. “We have worked together on several occasions and have every confidence that they will build a strong audience for the show, which is based on the work of the beloved Canadian author Margaret Atwood.” Since its order announcement in April 2016, the television adaptation of THE HANDMAID'S TALE has inspired several think pieces highlighting the ever-green relevance of Atwood’s tale, including Entertainment Weekly which cited the series as “Eerily Timely” , and Esquire predicting it to be “2017's Dystopian Hit.” Margaret Atwood herself recently penned a poignant piece for the New York Times, on “What The Handmaid’s Tale means in the age of Trump,” and hosted a Reddit AMA addressing the chilling proximity between her book’s universe and the current state of affairs. At this year’s South by Southwest, the Austin-based tech and entertainment festival, THE HANDMAID'S TALE stirred up conversation on social media with an impactful promotional stunt. Filmed in Toronto, THE HANDMAID’S TALE is created, executive produced and written by Bruce Miller and executive produced by Warren Littlefield (FARGO), Daniel Wilson, Fran Sears, Ilene Chaiken, Take 5’s Sheila Hockin, John Weber, and Whizbang’s Frank Siracusa. Reed Morano (Meadowland) directs and executive produces the first three episodes. Line producing will be Joe Boccia. THE HANDMAID’S TALE is produced by MGM Television and internationally distributed by MGM.

About Bravo
Bravo delivers compelling stories through clever and immersive programming to viewers across Canada. From high-profile dramas to blockbuster feature films, Bravo is home to award-winning entertainment. Bravo is a division of Bell Media, which is owned by BCE Inc. (TSX, NYSE: BCE), Canada’s largest communications company. More information about Bravo is available at www.bravo.ca.

Gusto Gets an A+ in April with Back-to-Back New Episodes of A ...