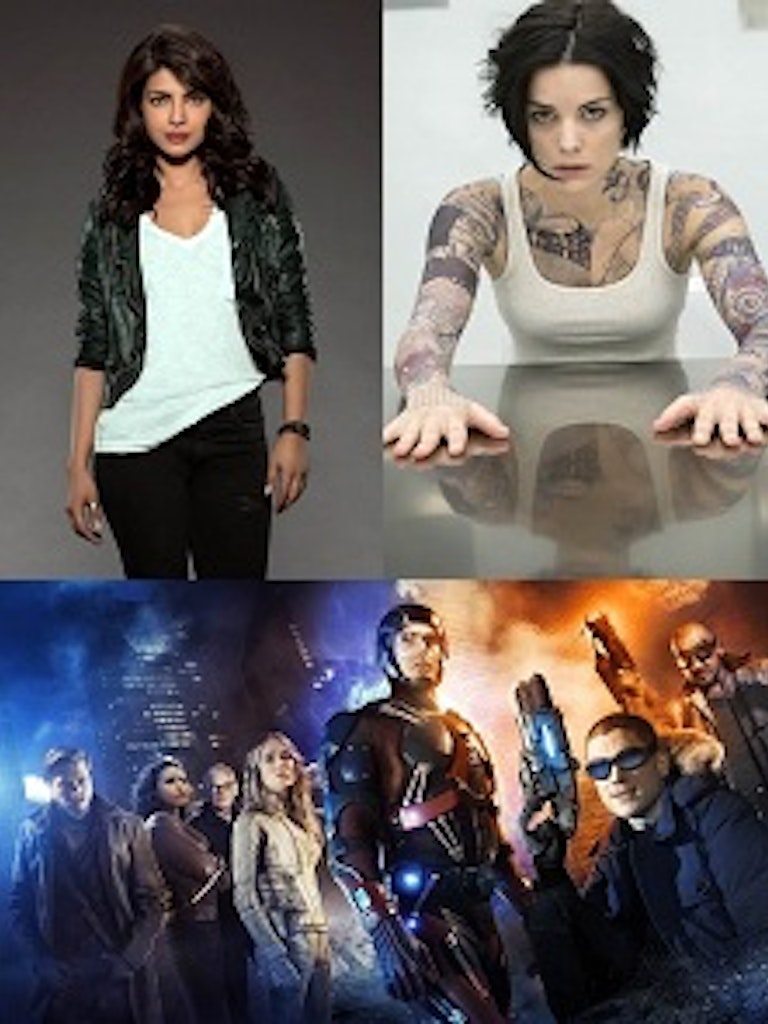 To tweet this release: “Amazing script. The direction is great.” – James Hibberd, Entertainment Weekly on QUANTICO “…The thriller BLINDSPOT is one of the best bets to breakout” – James Hibberd, Entertainment Weekly “Unlike most current medical dramas, CODE BLACK moves with the urgency and intensity of ER, which we sorely miss, but the script's emotional beats still land very well. Also: Harden has the gravitas to turn the meaty, no-nonsense lead role into a standout performance.” – Robyn Ross and Adam Bryant, TVGuide “Meredith Grey, Olivia Pope, and Annalise Keating just met their match.” -- Madeline Boardman, US Weekly on THE CATCH “…[LUCIFER] …looks like — pardon the expression — a hell of a lot of fun!” – Selina Wilken, Hypable “If you're even casually invested in…current superhero shows, then the level of crazy packed in [the DC’S LEGENDS OF TOMORROW trailer] probably had your jaw dropping.” – Liz Shannon Miller, IndieWire TORONTO (May 22, 2015) – After an unprecedented season in which it delivered five new series among the Top 10 most-watched TV programs in Canada, CTV announced today it has landed two of the most sought-after new dramas from this year’s Los Angeles Screenings for CTV this fall: conspiracy drama QUANTICO and hit-maker Greg Berlanti’s action-packed mystery thriller BLINDSPOT. Rounding out a total of four new dramas for CTV this fall are the intriguing, heart-stopping hospital drama CODE BLACK and strike-it-rich explosive family drama OIL. The three new dramas joining the CTV schedule in mid-season are no less impressive, headlined by THE CATCH, the latest, fierce, female-led drama from the reigning queen of primetime Shonda Rhimes, along with the devilish DC Comics-inspired police procedural LUCIFER, and the superpowered ARROW/THE FLASH spin-off DC’S LEGENDS OF TOMORROW. Acquired for CTV Two this fall is BEST TIME EVER WITH NEIL PATRICK HARRIS, a weekly live television event based on the smash-hit British series ANT AND DEC'S SATURDAY NIGHT TAKEAWAY. In addition, the network adds to its lineup the third season of thrilling mystery-adventure drama SLEEPY HOLLOW. The new series, along with CTV and CTV Two’s 2015/16 primetime schedules, will be presented at the #CTVUpfront on Thursday, June 4 in Toronto. CTV ended the 2014-15 season as Canada’s most-watched television network among total viewers and A25-54 for the 14th year in a row. “It’s another strong year for dramas, and there’s no question for our team that we’ve brought home with us the very best of this year’s L.A. Screenings offerings,” said Phil King, President - CTV, Sports, an?d Entertainment Programming. “We have picked up a diverse palette of compelling dramas including appointment television series QUANTICO and BLINDSPOT, as well as Shonda Rhimes’ latest THE CATCH, and with DC’S LEGENDS OF TOMORROW, have added to the strength of our superhero slate that already includes THE FLASH, ARROW, and GOTHAM. Pairing the new acquisitions with our returning lineup stacked with more returning hit shows than ever before, we’re perfectly positioned for another trailblazing year.” 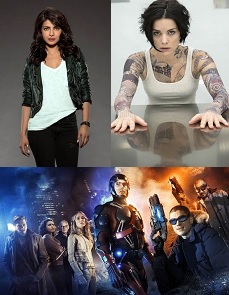 L to R: Priyanka Chopra in QUANTICO, Jaimie Alexander in BLINDSPOT and the cast of DC’S LEGENDS OF TOMORROW

The Movie Network Takes Audiences to the REELSIDE. New Six-P...

GAME OF THRONES Conquers the Big Screen When HBO Canada and Ci...