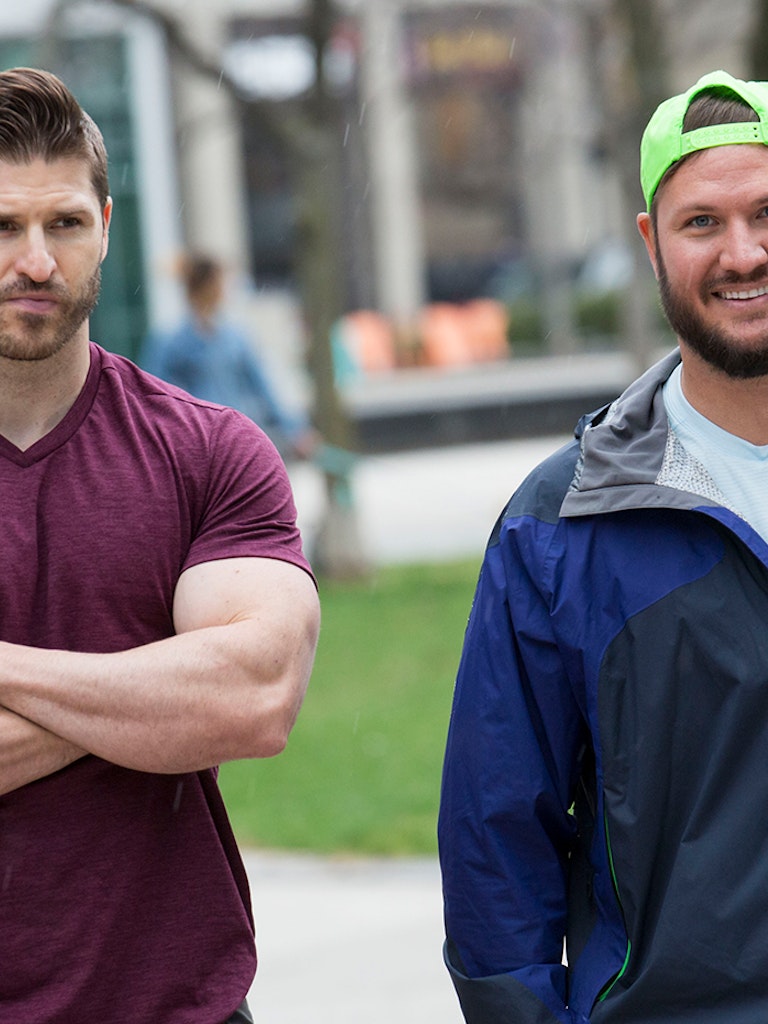 – Production is currently underway on Season 7, set to air this summer on CTV –
– Chevrolet returns as a partner for the seventh time, offering two all-new 2019 Chevrolet Blazer vehicles as part of this season’s grand prize –

TORONTO (April 23, 2019) – And they’re off… again! As revealed from the starting line of the upcoming seventh season of THE AMAZING RACE CANADA, Jet and Dave, best friends from Season 1, were selected as the Canada’s Choice team and are racing again. Jet and Dave joined host Jon Montgomery and nine other teams as part of a Facebook Live and Twitter livestream event sponsored by Chevrolet for the start of Season 7. The new season is set to air on CTV this summer.

In addition to Jet and Dave, Canadians had the opportunity to vote for Brent and Sean, Brothers from Season 3, and Frankie and Amy, a mother and daughter from Season 4. Voting was open on CTV.ca and on Twitter with @AmazingRaceCDA from March 21 until April 1, with Jet and Dave receiving the highest number of votes from people across the country.

Chevrolet has been part of the series since the beginning and returns as a partner of THE AMAZING RACE CANADA for the seventh consecutive season. As part of their extensive partnership, the winning team will receive two all-new 2019 Chevrolet Blazers as part of the grand prize which also includes a once in a lifetime trip for two around the world, a $250,000 cash prize, and THE AMAZING RACE CANADA. Teams will also continue to drive Chevrolet vehicles throughout Season 7, a vital component to help keep them racing. Chevrolet also returns as the title sponsor for Facebook Live events hosted by Jon Montgomery taking place throughout production.

Previous seasons of THE AMAZING RACE CANADA are available on the all-new Crave.

About Chevrolet Canada
Founded in 1911 in Detroit, Chevrolet is one of the world’s largest car brands, doing business in more than 100 countries and selling more than 4.0 million cars and trucks a year. Chevrolet provides customers with fuel-efficient vehicles that feature engaging performance, design that makes the heart beat, passive and active safety features and easy-to-use technology, all at a value. More information on Chevrolet models can be found at Chevrolet.ca, on Facebook at Facebook.com/chevroletcanada or by following @ChevroletCanada on Twitter.