TORONTO (September 27, 2016) – Canada’s #1 hit music brand Virgin Radio gets the weekends pumping with the launch of THE KARDI PARTY helmed by internationally-renowned Canadian superstar Kardinal Offishall. Kicking off this weekend (check local listings for time), the multiple award-winning rapper, songwriter, and producer behind mega-hits such as “Dangerous” and “Number 1”, brings his inimitable swagger and style to Virgin Radio airwaves across Canada as host of the all-new, weekly, two-hour party. Also, in advance of the upcoming launch of iHeartRadio in Canada, Virgin Radio confirms that THE KARDI PARTY will also stream on the soon-to-launch iHeartRadio Canada app. Featuring today’s hottest hits, recent chart-toppers, and some old skool jams from the back of the crates, THE KARDI PARTY unites Virgin Radio listeners and fans in a coast-to-coast, “turnt up” party session along with Offishall, one of Canada’s pre-eminent artists and musical ambassadors. 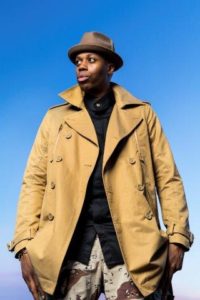 “I am humbled and honoured to be part of Canada’s unstoppable music industry. Having the opportunity to entertain and inspire people through music is truly a gift,” said Offishall. “I can’t wait to connect with Virgin Radio listeners and music lovers across the country, and get THE KARDI PARTY started!” “Kardinal is a trailblazer among Canadian artists and one of the music industry’s most exciting performers. His unbridled energy, raw talent, and undeniable passion for music continue to make him one to watch,” said David Corey, Vice President, Programming, Bell Media Radio. “We are delighted to welcome him to Virgin Radio, and look forward to inviting our listeners across the country to THE KARDI PARTY every weekend.” THE KARDI PARTY will air nationwide on Virgin Radio stations in Vancouver, Calgary, Edmonton, Winnipeg, London, Kitchener, Toronto, Montréal, and Halifax. Listeners can tune in to Virgin Radio 24-hours a day in nine cities across Canada. A Toronto native and hip hop pioneer, multiple award-winning artist Offishall began his career in the mid-1990s underground hip hop scene and has since developed a versatile, dancehall-infused style that has attracted the attention of some of the world’s most influential artists and producers. His collaboration “Dangerous” with musical artist Akon was certified triple platinum in Canada, and he was the first Canadian rapper to have a Top 5 hit on Billboard’s Hot 100. In 2013, Offishall also became the Creative Executive Director of Universal Music Canada's A&R team.

This October on E!: New Episodes of KEEPING UP WITH THE KARDAS...