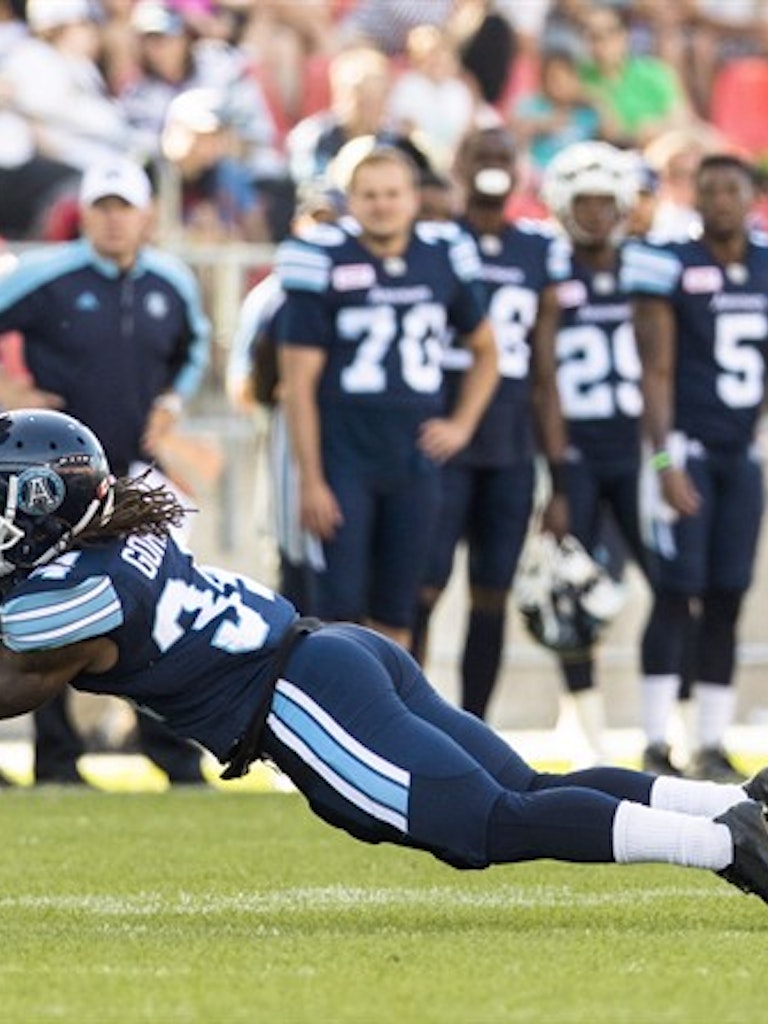 TORONTO (August 31, 2016) – The CFL ON TSN delivers a massive holiday weekend of football with exclusive live coverage of the CFL’s MARKS LABOUR DAY WEEKEND, a slate of five much-anticipated matchups headlined by a doubleheader of classic CFL rivalries on Monday, Sept. 5. The Battle of Alberta is renewed when the Calgary Stampeders host the GREY CUP champion Edmonton Eskimos at 2:30 p.m. ET on TSN, and in a battle of longtime East Division rivals, quarterback Ricky Ray and the Toronto Argonauts take on Zach Collaros and the Hamilton Tiger-Cats at 6 p.m. ET on TSN. This highly-anticipated prime-time Labour Day game is part of Football Day In Hamilton, a full-day celebration of the gridiron game at Hamilton’s Tim Hortons Field. The action begins with the McMaster Marauders taking on the U of T Varsity Blues at 12 noon ET on TSN Radio 1150 in Hamilton, followed by a free concert on the stadium’s South Plaza by Canadian country music singer-songwriter Tim Hicks at 3:30 p.m. ET. Hicks’ music will be featured throughout the Argos-Ticats broadcast on TSN. The acclaimed CFL ON TSN panel – featuring host Rod Smith alongside analysts Matt Dunigan, Milt Stegall, and Jock Climie – is live on-site at Tim Hortons Field throughout the day to deliver pre-game, halftime, and post-game news and analysis on these iconic rivalry games. The CFL ON TSN’s Rod Black and Duane Forde are in the booth for the Eskimos-Stampeders game, with Jermain Franklin reporting from the sidelines of Calgary’s McMahon Stadium. Chris Cuthbert and Glen Suitor are in Hamilton to deliver the call of Argos-Ticats, with Matthew Scianitti reporting from the sidelines of Tim Hortons Field. Throughout the CFL ON TSN doubleheader on Monday, Sept. 5, TSN presents a number of Original Features, including: The gridiron action on MARKS LABOUR DAY WEEKEND kicks off tonight (Wednesday, Aug. 31) with a clash at Toronto’s BMO Field between the Toronto Argonauts and the BC Lions at 7 p.m. ET on TSN. This week’s edition of THURSDAY NIGHT FOOTBALL presented by The Brick features the Ottawa Redblacks visiting the Montreal Alouettes tomorrow (Thursday, Sept. 1) at 7:30 p.m. ET on TSN. On Sunday, Sept. 4, the Winnipeg Blue Bombers travel to Regina to square off with the Saskatchewan Roughriders at 3 p.m. ET on TSN. TSN Radio Fans can tune in to TSN Radio stations across the country for live game coverage of the CFL’s MARKS LABOUR DAY WEEKEND, including TSN Radio 1050 Toronto, TSN Radio 690 Montréal, TSN Radio 1200 Ottawa, TSN Radio 1040 Vancouver, and TSN Radio 1150 Hamilton. In addition, fans of the Winnipeg Blue Bombers and Edmonton Eskimos can tune in to TSN Radio 1290 in Winnipeg and TSN Radio 1260 in Edmonton respectively for extensive game day coverage of each team during MARKS LABOUR DAY WEEKEND. TSN Radio’s extensive CFL coverage can also be accessed online via TSN.ca and the TSN GO app. TSN Digital TSN complements its exclusive live coverage of MARKS LABOUR DAY WEEKEND with a slate of digital content, including: TSN Digital content is available on TSN.ca and the TSN GO mobile app. CFL ON TSN The 2016 CFL ON TSN season culminates with the Shaw Road to the Grey Cup as well as the 104th GREY CUP presented by Shaw – one of 60+ iconic championship events that live on TSN – live from the Toronto Argonauts’ new home of BMO Field. TSN subscribers can access live streaming coverage of every CFL ON TSN game on TSN.ca and the TSN GO app. French-language coverage is available through RDS. TSN is the exclusive Canadian broadcaster of the CFL, delivering live coverage of every regular season game, including playoffs and the 104th GREY CUP live from Toronto’s BMO Field on November 27. Last year, Bell Media’s TSN and RDS announced an extension of their long-term multi-platform partnership with the CFL through to 2021. Broadcast Schedule TSN’s broadcast schedule for the CFL’s MARKS LABOUR DAY WEEKEND games is as follows*: Wednesday, Aug. 31 Thursday, Sept. 1 Sunday, Sept. 4 Monday, Sept. 5 *Schedule subject to change

Twin Sisters Rita and Yvette from Edmonton are the Sixth Team ...

Much Heads Back to School with an A+ Lineup, Beginning Septemb...