MONTRÉAL (November 23, 2016) – CJAD 800 announced today the launch of a trio of programs, revitalizing its midday schedule with an exciting, all-new lineup premiering Monday, Nov. 28. Kicking off the changes for CJAD 800 listeners is THE LESLIE ROBERTS SHOW, airing weekdays at 9 a.m., with the veteran news anchor and Montréal native as host of the eponymous program. Popular CJAD 800 personality Tommy Schnurmacher makes a move to midday with THE GANG OF FOUR WITH TOMMY SCHNURMACHER, airing weekdays at 12 noon. Rounding out the all-new daytime slate, recent CJAD 800 addition Natasha Hall takes on early afternoon hosting duties of THE NATASHA HALL SHOW. CJAD 800’s revitalized programming lineup is announced amidst confirmation that CJAD 800 has a higher market share than any other Canadian news/talk radio station in each of their respective markets. Its winning formula of breaking news, weather, traffic, and insightful commentary on the top stories and issues that matter most to Montréalers has resulted in CJAD 800’s best performance in eight years. 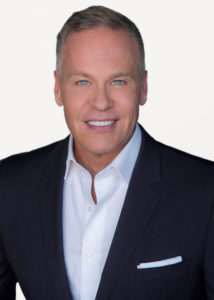 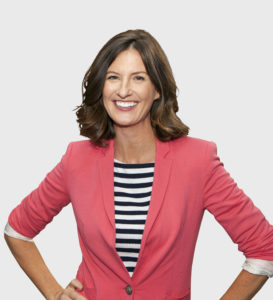 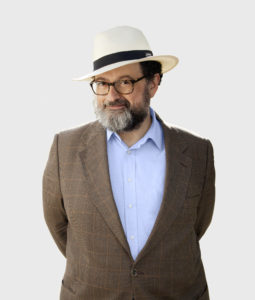 CJAD 800 New Hosting Lineup from Left to Right: Leslie Roberts, Host, THE LESLIE ROBERTS SHOW; Tommy Schnurmacher, Host, THE GANG OF FOUR WITH TOMMY SCHNURMACHER; and Natasha Hall, Host, THE NATASHA HALL SHOW **Media Note** Photography is available online at BellMediaPR.ca “CJAD 800 is committed to delivering the most relevant and compelling content possible, day-in, day out, and this announcement is a reflection of our mission,” said Chris Bury, Program Director and News Director, CJAD 800. “When listeners tune in to Leslie, Tommy, and Natasha, they will find a trio of charismatic, compelling, and driven personalities.” “Returning to Montréal at CJAD 800 marks a homecoming with deep roots for me – back in my beloved hometown at the station where both my father and grandfather were journalists,” said Roberts. “I’m honoured to represent this station and its talented team, and look forward to connecting with listeners.” “I’m excited about this new challenge and to convincing listeners to spend their lunch-hour with the gang,” said Schnurmacher. “It’s fun and sometimes fiery debate, and it’s worth the time!” “This is exactly what I want to be doing: talking to Montréalers about what matters to us,” said Hall. “We all want to feel connected, like we're a part of something. That's what CJAD 800 is all about.” Slated to air weekdays from 9 a.m.-12 noon on CJAD 800, THE LESLIE ROBERTS SHOW dives deeper into the stories that matter most to Montréalers. The show mixes daily panel discussions, compelling interviews, and listener interaction via phone, text, and social media. THE GANG OF FOUR WITH TOMMY SCHNURMACHER, airing weekdays at 12 noon, is a one-hour panel debate featuring a roster of top commentators tackling front-burner topics. Schnurmacher steers the conversation with his trademark wit and strong opinion. A recent addition to the CJAD 800 team, Hall trades in evenings for afternoons with her move from co-host of THE NIGHT SIDE to host of THE NATASHA HALL SHOW. Airing weekdays from 1-3 p.m., the program delivers smart, honest, and fun content that informs and entertains. Hall weaves-in breaking news, social issues, interviews, and listener interaction. Born and raised in Montréal, multiple award-winning journalist Roberts has spent his extensive radio and television broadcast career both north and south of the border, including stints within the Bell Media family at CTV Montréal as host of morning talk show MONTRÉAL TODAY WITH LESLIE ROBERTS, and on Toronto’s Newstalk 1010, where he hosted a midday radio talk show. A fourth-generation journalist and the third member of Montréal’s Roberts family to join news/talk radio station CJAD 800, his father Bill Roberts was CJAD 800’s morning man twice, spanning the 1950s-60s, and again in the late 1970s. His namesake and grandfather Leslie Roberts Sr. served as CJAD 800’s daily editorialist for more than a decade until the Quebec referendum in 1980. Schnurmacher first joined CJAD 800 in the fallout of the 1995 Québec Referendum, and has hosted THE TOMMY SCHNURMACHER SHOW (weekdays from 9 a.m.–12 noon) ever since. Schnurmacher has authored two books and wrote a daily entertainment column for the Montreal Gazette for 15 years. Hall joined CJAD 800 in October 2016 as one of two hosts of the evening program THE NIGHT SIDE. A graduate of Concordia University, Hall previously was Urban Life columnist at the Montreal Gazette, City Editor at Blackbook Magazine, and co-host of CTV’s ENTERTAINMENT SPOTLIGHT. Hall always dreamed of getting into radio, and landed her first program in 2007 after winning a “Talk Show Idol” contest on 940 Montréal. Source: Numeris, Mo-Su 2a-2a, Market Share (%), Montréal Anglo Ctrl (vs other News/Talk stations in their respective market), P2+.

DAILY PLANET Spreads Sci-Tech Cheer For All to Hear During “Hi...