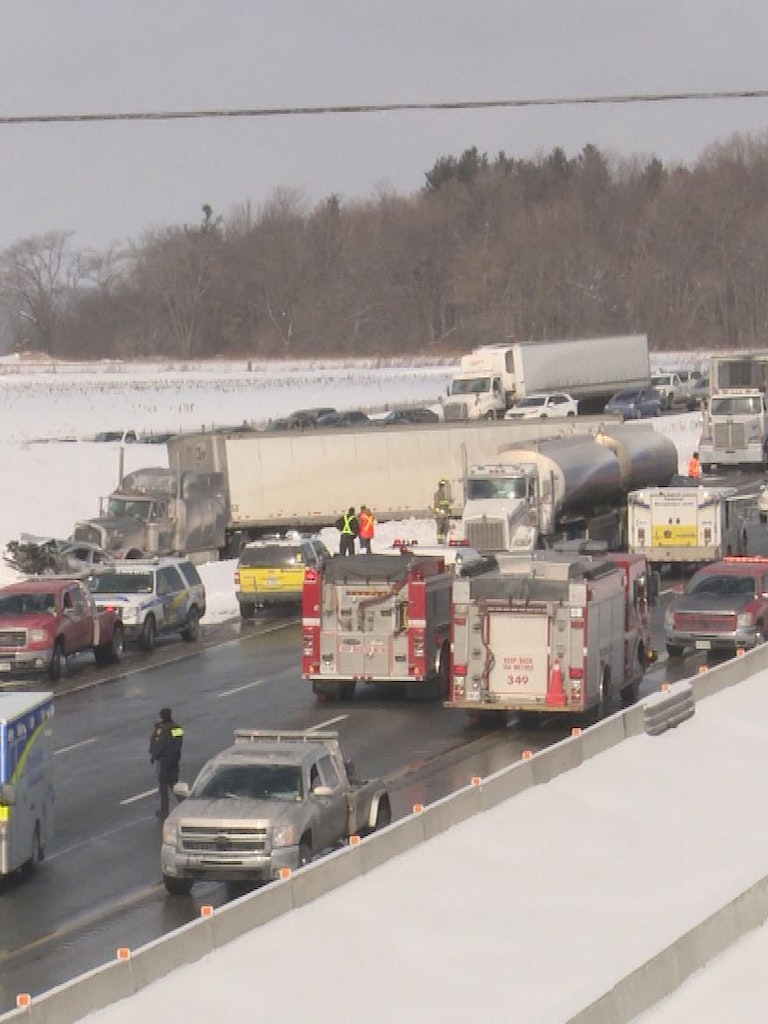 TORONTO (March 21, 2016) – Discovery announced today that production is underway on HEAVY RESCUE: 401, a new original Canadian series set to debut in 2017 based on the network’s hit series HIGHWAY THRU HELL. With the support of the OPP, Ministry of Transportation of Ontario, York Regional police, maintenance contractors, and several other organizations, the new documentary series follows the men and women who keep Ontario’s 400-series highways operating at any cost. “We couldn’t be more excited to launch a brand new series from the producers of Discovery’s hit original series HIGHWAY THRU HELL,” said Ken MacDonald, Vice-President and General Manager, Discovery. “HIGHWAY THRU HELL ranks among the Top 5 programs on Discovery and the Top 10 programs on entertainment specialty television this broadcast year to date. It is this strong performance that compelled us to expand the series to a new location with a new cast of heavy rescue crew.” Spanning the Greater Toronto Area and southern Ontario, HEAVY RESCUE: 401 follows multiple major tow operators, rescue, and maintenance crews day and night along North America’s most intense stretch of highway. From Sarnia eastbound to Toronto and north to Barrie, the cast of heroes work diligently to keep Canada’s most important and busiest series of highways open through any weather condition. From monster snow storms creating kilometers of mayhem to trucks spilling their loads, these efforts safeguard the country’s most important trade route with the U.S. from grinding to a crippling halt through the worst of the winter driving season. “Ontario's 401 is considered an engineering marvel,” said Mark Miller, Executive Producer, Great Pacific TV. There are thousands of people working to keep it open and safe. Whether it’s clearing snow or big wrecks, it all requires technology and smarts. This is going to be a remarkable documentary series that will truly reveal what it takes to run one of the busiest highways in North America.” Source: Numeris