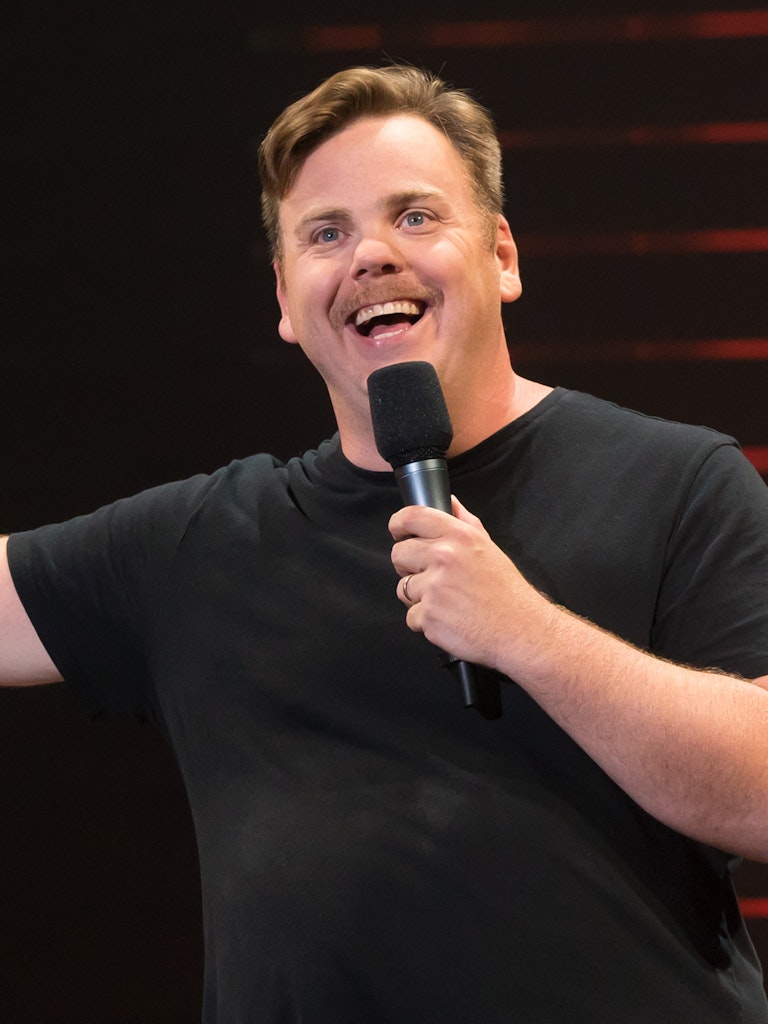 Go To The News Page
Saturday nights are about to feel funnier when Canadian actor and comedian Pat Thornton (SUNNYSIDE) delivers a brand new stand-up special, DIFFERENT TIMES, premiering Saturday, March 25 at 10 p.m. ET, exclusively on The Comedy Network. The 30-minute original Comedy special was filmed last summer at the legendary Just For Laughs comedy festival in Montréal. For a sneak-peek of DIFFERENT TIMES, click here. A Canadian Screen Award-winner, Thornton shares his life experiences through his observational humour, including DIFFERENT TIMES, where he shares his passions for food and animals. Thornton was featured on FUNNY AS HELL on HBO Canada and opened for Russell Peters on his Toronto tour date this past fall. A founding member of The Sketchersons, Thornton recently starred in sketch comedy series HOTBOX and SUNNYSIDE. He’s also had recurring acting roles in the sitcom Satisfaction, the web series Space Janitors and Everyone's Famous, and guest appearances in Warehouse 13, Working the Engels, Spun Out, and Royal Canadian Air Farce.