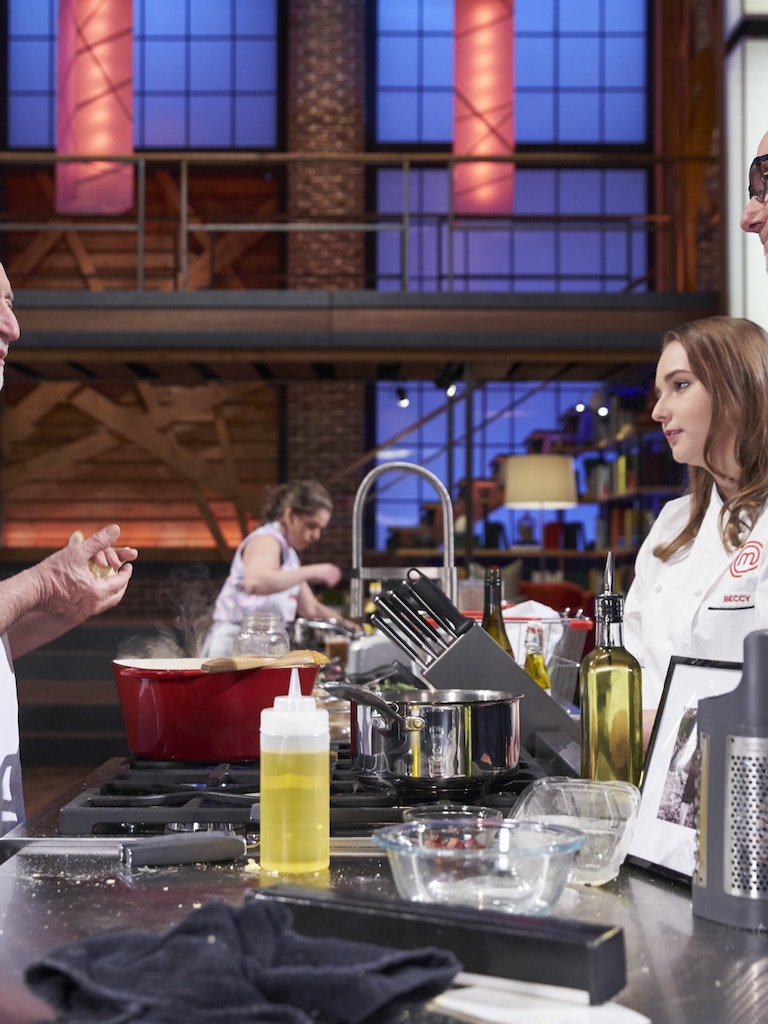 If you find something that works, you stick with it, according to the old saying. But these are modern times, and nobody has ever excelled on MASTERCHEF CANADA by playing it safe.

Tony La Ferrara, a 69-year-old soccer coach and retired teacher from Whitby, Ont., found that out the hard way in a new episode of MASTERCHEF CANADA that aired Monday night on CTV. When Tony was unwilling to venture outside his comfort zone, judges Michael Bonacini, Alvin Leung and Claudio Aprile decided that they already had tasted the best of what Tony had to offer, and sent him home.

Tony: “Chefs Claudio Aprile and Michael Bonacini both encouraged me to take risks and get out of my comfort zone. Good advice! Realized it too late.”

Q: Was there an element of appearing on MASTERCHEF CANADA that was harder than you thought it would be, or harder than it looks on TV?

Tony: “The long hours were very hard for me. The actual cooking was the easy part.”

Q: Looking back, what would you have done differently in the elimination challenge? You were questioning yourself for making yet another pasta dish, but I imagine it's really hard to come up with something new on the spur of the moment, especially with unfamiliar spices. If you could do it over again, how would you change your strategy?

Tony: "I had told myself that I would not do another pasta dish. I wanted to bake, and so I prepared a few recipes using spices. When I opened the box of spices and found cardamom, coriander and nutmeg, my first thought was to make an orange, honey and polenta cake, using cardamom and coriander with a nutmeg buttercream frosting. I thought I had it all planned out properly, but when I got into the pantry to get my items, I blanked out and could not remember the ingredients and quantities needed. I panicked and reverted to a more familiar recipe. The funny thing is that I made the cake when I got home - it was delicious!"

Q: I know you were hoping to become the oldest winner of MASTERCHEF CANADA. But with this experience under your belt, what's next for you in the cooking world?

TSN Launches New Podcast Series with the Fascinating Story of ...