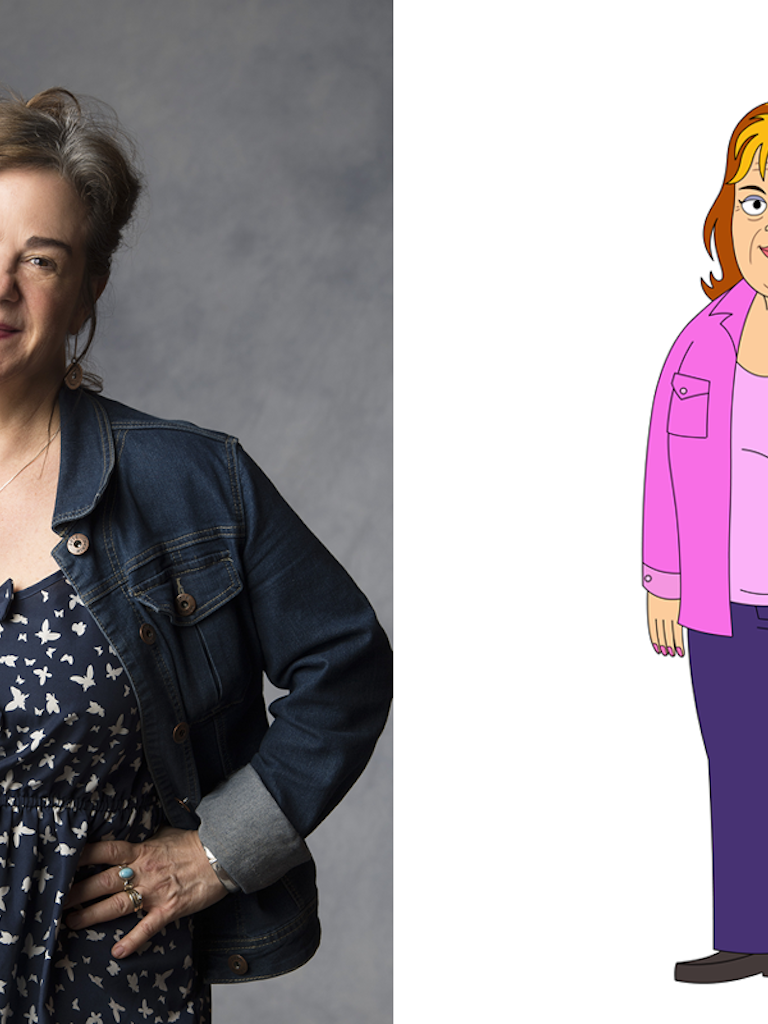 TORONTO (January 30, 2017) – As announced earlier today by CORNER GAS creator, executive producer and star Brent Butt, The Comedy Network confirms that actor and long-time friend of Janet Wright, Corrine Koslo, has been cast as the voice of the series’ beloved character, Emma Leroy, for the upcoming animated reboot. Koslo joins original CORNER GAS cast members, Butt, Gabrielle Miller, Eric Peterson, Fred Ewanuick, Lorne Cardinal, Tara Spencer-Nairn, and Nancy Robertson in the voicing of their respective characters Brent, Lacey, Oscar, Hank, Davis, Karen and Wanda. Voice recordings are currently underway in Vancouver and Toronto, with the animation process slated to begin in May. The 13-episode, half-hour series is expected to premiere on The Comedy Network in 2018. “It goes without saying that Janet will be forever missed by all of us, and by all who enjoyed CORNER GAS. She can never be replaced," said Butt in his announcement on his website.  “But having a dear friend of hers step into Emma’s shoes, and do such an amazing job, is a bit of a soothing balm on the wound.  And it feels good.” To read Butt’s full note on the casting of Koslo, click here. A versatile actor born in France, Corrine Koslo grew up in Halifax, Manitoba, and Edmonton. She is a graduate of the Vancouver Playhouse Acting School and has performed on stages across Canada for the last three decades, and has been a member of the Shaw Festival acting ensemble for twelve years. She received two Dora Mavor Moore Awards for her roles in the Young People’s Theatre productions Seussical The Musical and Bunnicula in Toronto; Jessie Richardson Awards for in Love And Angels (Vancouver Playhouse) and Sweeney Todd (Arts Club) in Vancouver; and a Sterling Award for her portrayal of Madame Arcati in Blyth Spirit at the Citadel Theatre in Edmonton. On television, Corrine is known for her memorable voice work as Lady Rataxes in the popular children’s series, BABAR. Most recently, Corrine joined the cast of the series ANNE where she plays the indomitable Rachel Lynde. “She was a friend and a mentor to me when I began my career in Vancouver,” said Koslo. “She nurtured and cared about young performers. I am beyond honoured to be continuing the character of Emma in the animated series for my friend Janet Wright. Thank you Bruce Davis for thinking I might be the right gal!” The new series comes from CORNER GAS executive producers Brent Butt and David Storey from Prairie Pantoons (335 Productions), and Virginia Thompson from Moving Mountoons (Vérité Films), in association with The Comedy Network. Animation will be produced by Prairie Pantoons, Moving Mountoons, and Smiley Guy Studios. The series began pre-production this month in Vancouver and Toronto, with the main cast confirmed to return. In December, producers confirmed that the character of Emma will live on in the animated world with the blessing of the late Janet Wright’s family. CORNER GAS brings together Butt’s comedy style and love for comic books. Before pursuing his passion as a stand-up comedian, Butt and a friend started a publishing company – Windwolf Graphics. His first comic, Existing Earth, was nominated for a Golden Eagle Award. Windwolf Graphics published two issues before Butt hit the stand-up circuit full time. Butt’s passion for comics lived on through his work, a common theme in the CORNER GAS franchise. Bringing CORNER GAS into the animated world allows Butt’s comedy to be as limitless as his imagination. All 107 episodes of the six-season original series, as well as the 90-minute movie, are available now on CraveTV and CORNER GAS: THE MOVIE is available on TMN. CORNER GAS: THE ANIMATED SERIES is an inter-provincial co-production produced by Prairie Pantoons (BC), comprised of Brent Butt and David Storey from 335 Productions; and Moving Mountoons (ON), comprised of Virginia Thompson and Robert de Lint from Vérité Films, in association with Bell Media, Canada Media Fund, Ontario Film and Television Tax Credit, Ontario Computer Animation and Special Effects Tax Credit, Film Incentive BC Tax Credit, Digital Animation, Visual Effects and Post Production Tax Credit, Canadian Film or Video Production Tax Credit. Sarah Fowlie is Director, Independent Production, Comedy, Bell Media. Executive for Bell Media is Chris Kelley. Corrie Coe is Senior Vice-President, Independent Production, Bell Media. Pat DiVittorio is Vice-President, CTV and Specialty Programming. Mike Cosentino is Senior Vice-President, CTV and Specialty. Randy Lennox is President, Broadcasting and Content, Bell Media. CORNER GAS is distributed worldwide by executive producers Virginia Thompson, Brent Butt and David Storey through Prairie Pants Distribution which also holds the distribution rights to Corner Gas: The Movie and the sales agency rights to the original 107-episode comedy series.