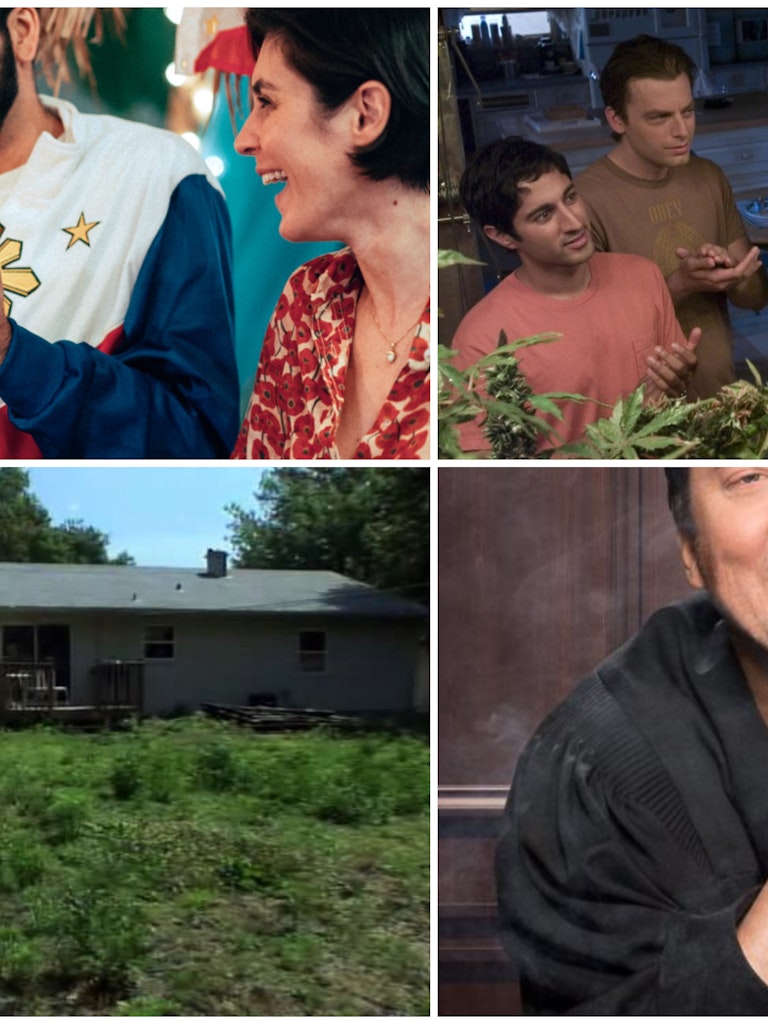 Go To The News Page
Today, cannabis is officially legal in Canada, and let’s be blunt, it’s the perfect time to check out CraveTV’s 420 Collection. The collection includes three new series from VICE as well as other classic cannabis programming such as WEEDS. From VICE: BONG APPETIT Host Abdullah Saeed and his team throw the world’s most elaborate cannabis dinner parties, inviting famous chefs to come and create a meal in a kitchen stocked with the biggest selection of marijuana ingredients ever assembled.  The series documents how to cook with cannabis as Saeed hunts for the best chefs and recipes to create the most delicious dishes. WEEDIQUETTE The support for the legalization of marijuana is on the rise in the United States, and even several states have legalized the drug for recreational use. The series has VICE correspondent Krishna Andavolu exploring the impact of marijuana legalization and the “green economy” in the United States and beyond. Each episode follows a theme, with Andavolu profiling stories of those who have benefited from marijuana, including families who use medicinal marijuana to treat their kids who have cancer, and veterans who use the drug to help deal with PTSD. HAMILTON’S PHARMACOPEIA In this docuseries, Hamilton Morris -- son of Oscar-winning documentarian Errol Morris -- explores the history, chemistry and societal impacts of some of the world's most unique drugs. Hamilton's work is driven by research -- his apartment is filled with books on the subject -- but he takes it beyond that by going to where the drugs are used to experience them first-hand and find out what happens to the people who use the substances. On his journey, Hamilton studies quaaludes in South Africa, where they are the nation's most commonly used recreational drugs, and traces the history of PCP while traveling across America to speak with addicts, dealers and chemists about the substance. Also worth checking out: WEEDS Emmy® and Golden Globe®-winner Mary-Louise Parker stars in this SHOWTIME comedy series as a suburban California mother who is forced to start selling marijuana when the unexpected death of her husband leaves her and her family in dire financial straits. IN POT WE TRUST The medical use of marijuana is examined from every side of a very complex issue in this SHOWTIME documentary that charts the suffering of four chronically ill patients whose reliance on the illegal drug as a pain killer is in jeopardy due to federal anti-narcotic legislation. Reform organizations, prohibitionist groups, politicians, drug war critics, scientists, and celebrities all get their say in this fascinating analysis. WORKAHOLICS From the minds of the hilarious and irreverent Internet sketch group Mail Order Comedy, WORKAHOLICS follows three friends who work together from 9 to 5, live together from 5 to 9, and party together 24/7. THE HIGH COURT Actual small claims court cases are adjudicated by comic Doug Benson in perhaps the "highest court in the land" -- literally -- in this 15-minute strip series. Benson assumes the role of judge and a comedian friend -- including Michael Ian Black, Lucas Bros, -- guest stars in each episode as the bailiff. After hearing both sides of a case, Doug deliberates while getting high. TIME TRAVELING BONG Starring Ilana Glazer (BROAD CITY), the miniseries centres around two cousins who discover a time-traveling bong that allows them to ride high as they blaze through time. Their buzz is killed when the bong breaks and the cousins are forced to bounce around the space-time continuum, learning to appreciate that there really is no time like the present.

REVIEW: Conversations and Controversies Gives THE CONNERS a Co...

CTV and TSN Deliver Exclusive Live Coverage of the 2018 SKATE ...