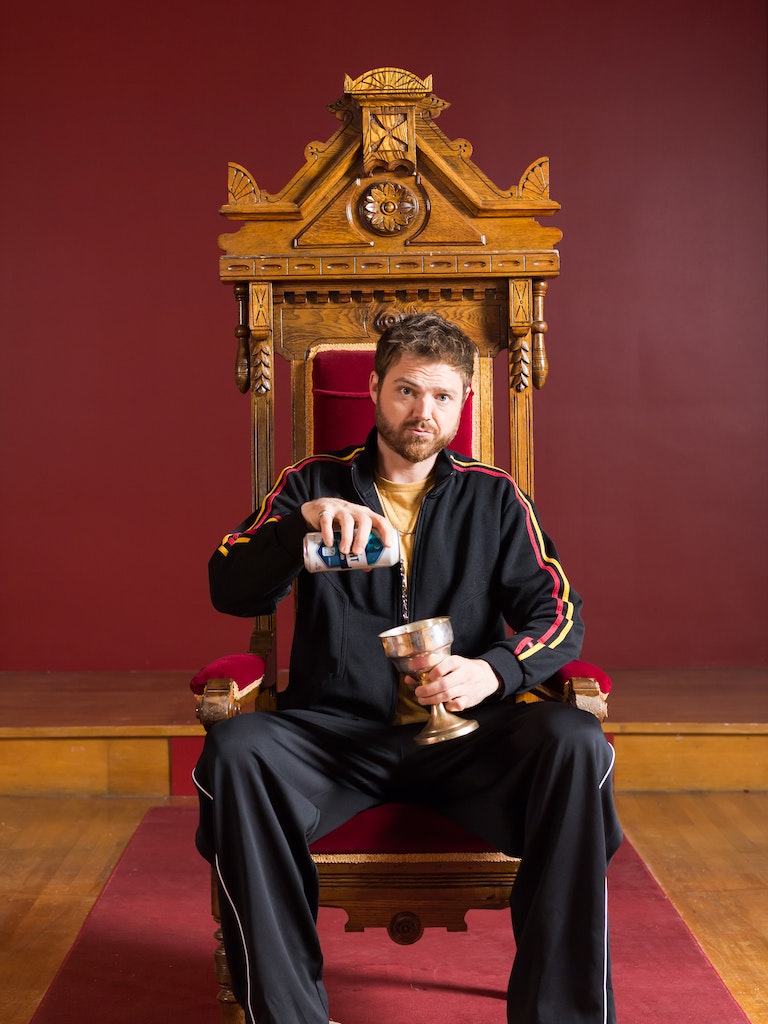 – Shot in Sudbury, Ont. and nominated for three Canadian Screen Awards, eight-episode CraveTV Original WHAT WOULD SAL DO? from the producers of LETTERKENNY–

TORONTO (January 24, 2017) – CraveTV today announced its third Canadian Original series, the satiric WHAT WOULD SAL DO? From New Metric Media, the producers of CraveTV hit comedy LETTERKENNY, the eight-episode, half-hour comedy, about a slacker who discovers he's the second coming of Christ, begins streaming exclusively on CraveTV on Friday, March 24, as part of the #iCraveFridays weekly roll-out of new content. WHAT WOULD SAL DO? joins a growing list of Canadian Original series exclusive to CraveTV subscribers, which also includes LETTERKENNY and the upcoming RUSSELL PETERS IS THE INDIAN DETECTIVE. The series received the following three Canadian Screen Award nominations last week: Best Performance by an Actress in a Continuing Leading Comedic Role (Jennifer Dale); Best Performance by an Actor in a Featured Supporting Role or Guest Role in a Comedic Series (Ryan McDonald); and Best Writing in a Comedy Program or Series (Andrew De Angelis) “Andrew De Angelis has created a provocative satire that explores religious themes and contemporary issues,” said Mike Cosentino, Senior Vice-President, CTV and Specialty, Bell Media. “With fantastic performances from an outstanding cast that includes the inimitable Scott Thompson as a conniving priest, we’re thrilled to add WHAT WOULD SAL DO? to CraveTV’s growing list of original series.”  WHAT WOULD SAL DO? is a modern-day parable of an entitled underachiever who, for the first time in his life, is challenged to be a good person when he discovers he's the second coming of Christ. The series stars: Dylan Taylor (ROGUE) as the titular slacker Sal; Jennifer Dale (STREET LEGAL) as his mom, the virgin Maria; Ryan McDonald (2012) as Sal’s best friend; Scott Thompson (THE KIDS IN THE HALL) as an ambitious priest; and in a supporting role, LETTERKENNY’s K. Trevor Wilson. Set in modern-day Sudbury, WHAT WOULD SAL DO? comes from showrunner Andrew De Angelis (MR. D, KILLJOYS), with episodes directed by Samir Rehem (SKINS), and is produced by New Metric Media. WHAT WOULD SAL DO? joins the growing lineup of CraveTV Originals – series available only to Canadian audiences on CraveTV. Recent notable CraveTV Originals include the recently launched OUTSIDERS, the sophomore season of Canadian sensation LETTERKENNY, as well as SHUT EYE, CASUAL, MANHATTAN, and DEADBEAT, among others. WHAT WOULD SAL DO? bolsters CraveTV’s popular Comedies Collection, streaming alongside LETTERKENNY, SOUTH PARK, and ANGIE TRIBECA. WHAT WOULD SAL DO? is acquired by CraveTV from New Metric Media. Series is written, created, and executive produced by Andrew De Angelis and directed by Samir Rehem. Additional writers include Kurt Smeaton, Mark Forward, Alex Levine, Mark De Angelis, and Brandy Hewitt. Executive Producers for New Metric Media are Mark Montefiore and Patrick O'Sullivan. The series is produced by New Metric Media, in association with DHX Media and with the participation of the Canadian Media Fund and Ontario and Federal Tax Credits.

New Metric Media is a film, television, and new media production company that works with top creative talent to produce outstanding content to entertain the world over. New Metric Media’s past and present projects include the CraveTV hit original comedy LETTERKENNY, now entering its third season, as well as the upcoming 1/2 hour CraveTV comedy WHAT WOULD SAL DO? and the 6×1 hour CityTV/FX Canada limited series BAD BLOOD, both to be released in 2017. For more information visit www.newmetricmedia.com.

The Intergalactic War Continues on Season 2 of Hit Space Serie...