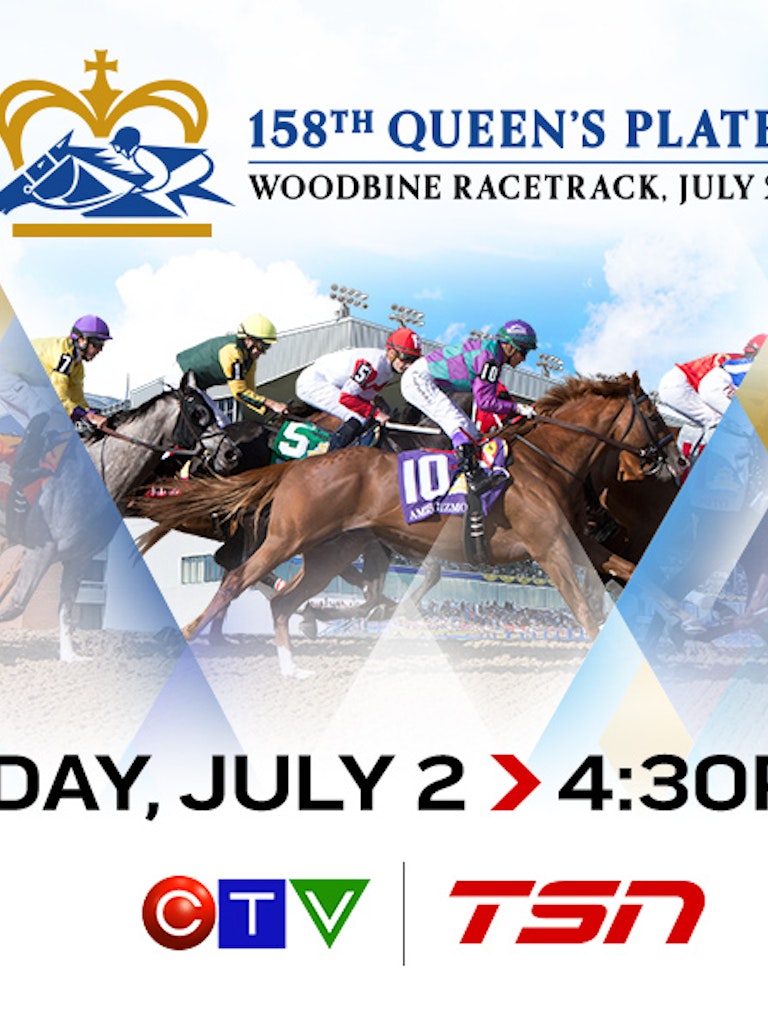 – The co-host of CTV’s THE SOCIAL, Melissa Grelo, reports on all the fun and fashion throughout the Hats & Horseshoes Party –

TORONTO (June 29, 2017) – The Canada 150 celebrations are set to continue on CTV and TSN as the networks provide coverage of Canada’s most prestigious thoroughbred horse race, the 158th running of the QUEEN’S PLATE, one of the 60+ iconic championship events that live on TSN. Airing live from Woodbine Racetrack in Toronto on Sunday, July 2 at 4:30 p.m. ET on CTV, TSN, and TSN4K, the race marks the first-ever network broadcast of a live horse race in 4K Ultra HD in North America. TSN’s Brian Williams returns as host of the networks’ coverage alongside long-time commentator and Canadian Horse Racing Hall of Famer Jim Bannon. Williams and Bannon will tell viewers the stories behind the horses and personalities leading up to North America's oldest continually run stakes race. SPORTSCENTRE’s Laura Diakun and Woodbine Entertainment Group’s Jason Portuondo report on all the action from the barn to the paddock, and from the walking ring to the Winner's Circle. The QUEEN'S PLATE will also feature CTV’s THE SOCIAL co-host Melissa Grelo, who breaks down the fun and fashion surrounding the big race and delivers coverage from the popular Hats & Horseshoes Party. Viewers will get an insider’s look at all the activities happening at the party, covering the day’s food and drink, fashion statements, and style trends. The QUEEN’S PLATE is comprised of a competitive field of the top Canadian-bred three-year-old thoroughbreds. Star filly Holy Helena leads the pack as the race favourite following her win in the Woodbine Oaks. The last filly to win the QUEEN’S PLATE was Lexie Lou in 2014. The field also features Tiz a Slam, trained by Hall of Famer Roger Attfield who is looking for his record ninth QUEEN'S PLATE win. Also racing are Plate Trial winner Guy Caballero, King and His Court, Channel Maker, and State of Honor. Subscribers can tune in to Bell Media digital platforms including the CTV GO and TSN GO mobile apps to access live streaming and on-demand viewing of the QUEEN’S PLATE. Fans can also visit TSN.ca for confirmed broadcast times for the slate of marquee horse racing events airing on TSN including RICOH WOODBINE MILE on Saturday, Sept. 16, and PATTISON CANADIAN INTERNATIONAL on Sunday, Oct. 15.