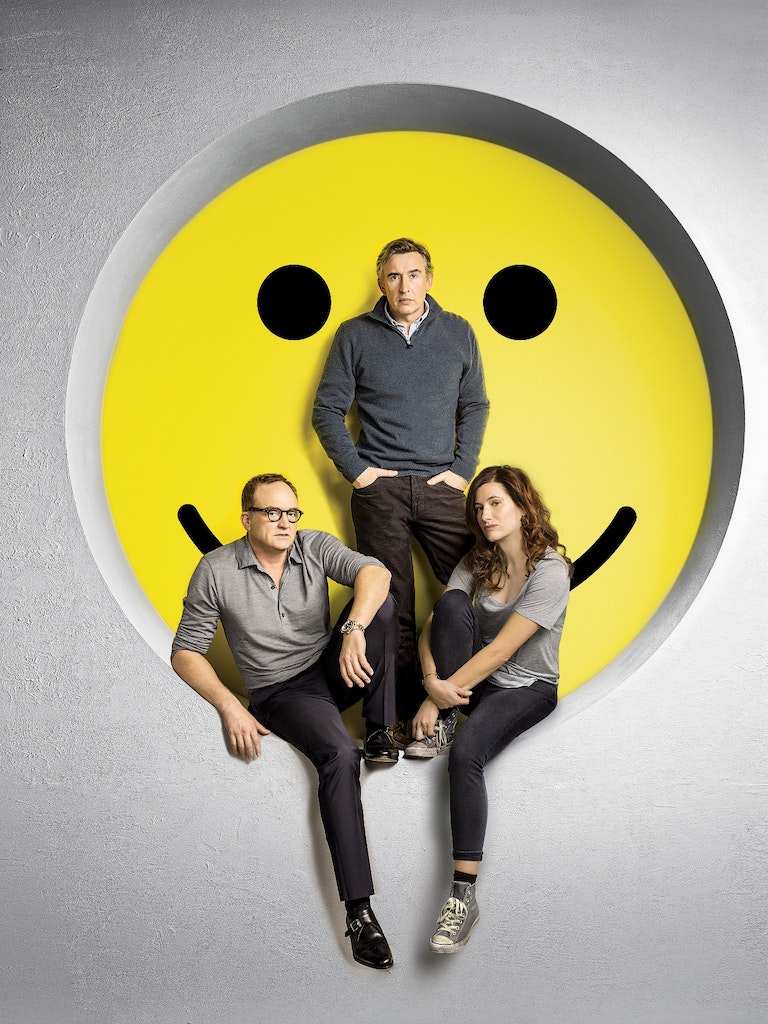 “…an amusingly jaundiced view of the American dream…” – Variety TORONTO (April 23, 2015) – As revealed earlier this week by Phil King, President – CTV, Sports, and Entertainment Programming, Bell Media, at a press event for the launch of the SHOWTIME brand in Canada, the first episode of the highly anticipated new SHOWTIME comedy HAPPYISH will get a sneak peek on Saturday, April 25 at 10 p.m. ET on CTV, to promote the series streaming the next night exclusively on CraveTVTM. Starring Oscar® and Golden Globe® nominee Steve Coogan, Kathryn Hahn and Emmy® winner and Golden Globe nominee Bradley Whitford, HAPPYISH will air commercial-free on CTV, as well as stream on CTVGO and ctv.ca. “We are so proud to be launching the SHOWTIME brand in Canada”, said Phil King, President – CTV, Sports, and Entertainment Programming, Bell Media. “And what better way than to share their next must-watch premium comedy, HAPPYISH, with the entire country on our flagship network, CTV. This gives comedy fans everywhere in Canada an opportunity to see what all the buzz is about with CraveTV’s exclusive lineup of premium programming, including the popular SHOWTIME Collection.” HAPPYISH is a comedic, soul-searching examination of our pursuit of happiness and why it continues to be so elusive. Currently in production in New York, HAPPYISH also features guest stars Emmy and Tony® Award winner Ellen Barkin, Emmy Award winner Carrie Preston, Molly Price and Andre Royo. Coogan stars as Thom Payne, a 44 year-old man whose world is thrown into disarray when a pair of 25 year-old wunderkind bosses arrive, saying things like “digital,” “social” and “viral.”  Is he in need of a “rebranding,” or does he just have a “low joy ceiling?”  Maybe pursuing happiness is a fool’s errand? Maybe, after 44 years on this ludicrous planet, settling for happyish is the best one can expect. HAPPYISH is created, written and executive produced by critically acclaimed author and regular This American Life contributor Shalom Auslander.  Emmy Award nominee Ken Kwapis (He’s Just Not That Into You, A Walk In The Woods) executive produces and directed the pilot. Kwapis' producing partner Alex Beattie serves as co-executive producer under their In Cahoots banner. HAPPYISH begins streaming Sunday, April 26 at 9:30 p.m. ET on CraveTV, day-and-date with SHOWTIME in the U.S. New episodes will be available weekly on Sundays at the same time, in the official SHOWTIME- branded collection only on CraveTV. Click HERE for a look at HAPPYISH. **Media Note** Photography available online at BellMediaPR.ca