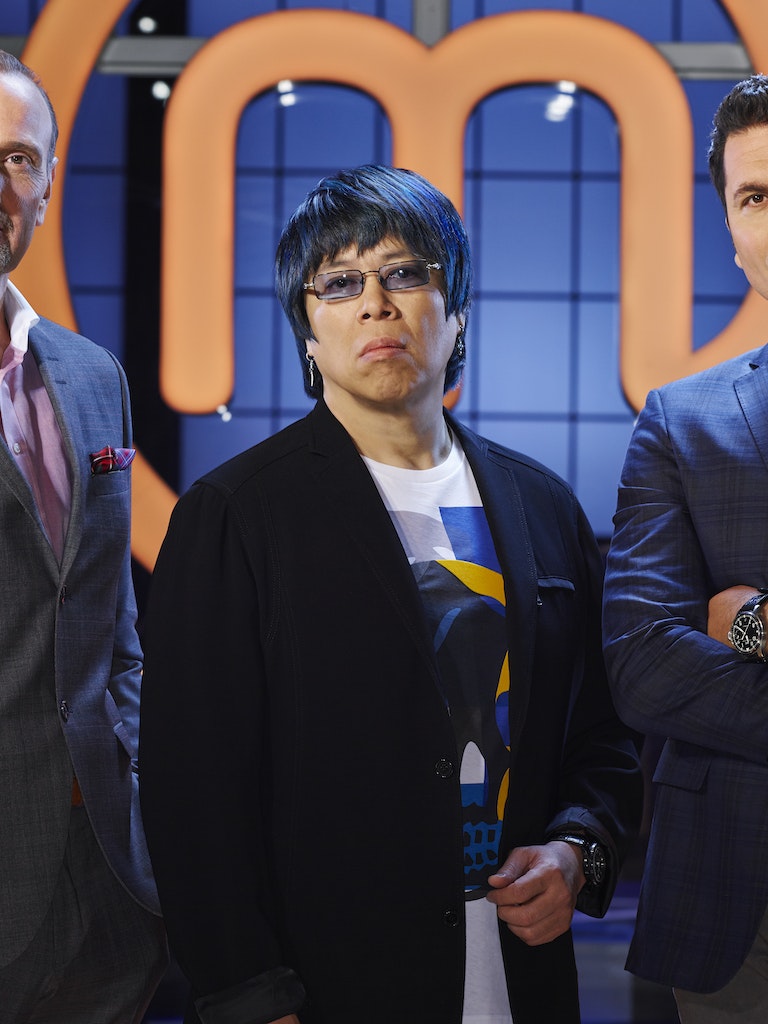 TORONTO (May 5, 2015) – As the timer runs out on the final three episodes of Season 2, CTV announced today an early Season 3 order for its hit culinary competition series MASTERCHEF CANADA for the for the 2015/2016 broadcast season. Casting for home cooks is open now at CTV.ca/MasterChefCanada, and production is set to begin this fall in Toronto on a new 15-episode season from Proper Television. Esteemed Canadian judges Michael Bonacini (O&B restaurant empire), Alvin Leung (Bo Innovation in Hong Kong), and Claudio Aprile (Origin Restaurants) are set to return for Season 3 to again mentor and challenge everyday Canadians to help elevate their cooking and presentation to a professional level, as they cook to win a $100,000 cash prize and the title of MASTERCHEF CANADA. Season 2 of MASTERCHEF CANADA remains the #1 Canadian series among the key A18-49 and A25-54 demos for the broadcast year to date, and has a season average of 1.6 million viewers. The culinary competition is a Top 20 show with total viewers and a Top 15 show in all key demos this spring. “Canadian audiences have maintained a strong appetite for MASTERCHEF CANADA since it first debuted in 2014,” said Phil King, President – CTV, Sports, an?d Entertainment Programming. “We look forward to working with our talented partners at Proper Television on the third season of our homegrown version of the internationally recognized MASTERCHEF format to help a new batch of home cooks follow their food dreams.”

MASTERCHEF CANADA is looking for passionate and talented home cooks who want to pursue their culinary dream. Details on how to apply for MASTERCHEF CANADA Season 3 are available at CTV.ca/MasterChefCanada, and Canadian home cooks have until 11:59 p.m. ET on July 19, 2015 to show their interest. Interviews are slated to take place in June and July, and applicants are encouraged to apply early to meet producers when they are in their region. Casting will come to an end with an Open Casting Call in Toronto on July 18 and 19, with additional details to be announced this summer. In the next all-new episode of MASTERCHEF CANADA, airing Sunday, May 10 at 7 p.m. (9 p.m. CT) on CTV and CTV GO, the Season 2 Top 5 home cooks enter the kitchen and discover not one, but two Mystery Box surprises. One box is filled with ingredients, and the other huge box contains an inspiring, emotional message from their families back home. Emotions run even higher for the remaining home cooks when it’s revealed that their families are in the MASTERCHEF CANADA kitchen, ready to cheer them on. The winning home cook gets to assign a piece of culinary equipment to each of their competitors in a strategic, high-stakes Elimination Challenge. MASTERCHEF CANADA Season 2 airs Sundays at 7 p.m. ET/PT on CTV and CTV GO (visit CTV.ca to confirm local broadcast times). Past episodes of MASTERCHEF CANADA stream on demand on CTV GO and CTV.ca, and episodes encore following their broadcast premieres Fridays at 9 p.m. ET on M3, Saturdays at 7 p.m. ET/PT on CTV Two, and Sundays at 5 p.m. ET/PT on CTV. The MASTERCHEF format is represented internationally by Endemol Shine Group, and is based on a format originally created by Franc Roddam. MASTERCHEF CANADA is produced by Proper Television in association with CTV. President of Proper Television, Guy O'Sullivan is executive producer, along with Proper's Vice-President and Creative Director, Cathie James. For Bell Media, Tina Apostolopoulos is Production Executive, Factual and Reality, Independent Production. Robin Johnston is Director, Factual and Reality, Independent Production. Corrie Coe is Senior Vice-President, Independent Production. Mike Cosentino is Senior Vice-President, Programming, CTV Networks and CraveTV. Phil King is President - CTV, Sports, and Entertainment Programming. SOCIAL MEDIA LINKS: Twitter: #MasterChefCanada @CTV_PR @CTV_Television @MasterChefCDA Michael Bonacini – @MichaelBonacini Alvin Leung – @TheDemonChef Claudio Aprile – @ClaudioAprile   Facebook: facebook.com/ctv facebook.com/MasterChefCDA   Instagram: BellMediaPR MasterChefCDA Claudio Aprile – claudioaprile1

Noel Gallagher Looks Back in Anger on the BARCLAYS PREMIER LEA...