TORONTO (June  13, 2018) –  Northern Lights Wildlife Society in Smithers, B.C. is bursting with rambunctious cubs for Season 2 of Animal Planet’s original Canadian series WILD BEAR RESCUE. Featuring 44 black bear cubs and a strong-willed grizzly prowling inside the rehab pens, Season 2 of the series premieres June 22, and airs Fridays at 10 p.m. ET / 7 p.m. PT on Animal Planet. Bristling with drama, humour, and irresistible cuteness, the 12-part series follows Angelika and Peter Langen and their family-run operation that rescues, raises, and rehabilitates the cubs for their safe return back into the wild. “WILD BEAR RESCUE is an intimate portrayal of the Langen family’s labour of love: rescuing these incredibly cute cubs - and it really resonates with Animal Planet viewers,” said Ken MacDonald, Vice-President and General Manager, Discovery Networks. “We’re thrilled to showcase another season of their valuable work, and to continue our great relationship with Omnifilm Entertainment – our partners on Discovery’s hit series JADE FEVER.” “Northern Lights Wildlife Society is a wonderful place to film, with great people who work very hard to help the bear cubs and other animals prepare for their second chance at life in the wild,” said Brad Quenville, Series Producer, Omnifilm Entertainment. “The real stars are the orphaned animals, with whom we’ve had incredible access to film. Viewers will be surprised and moved by the many bears and other animals they’ll meet this season.” 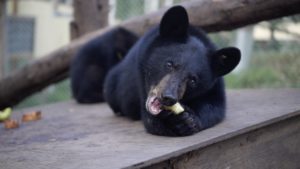 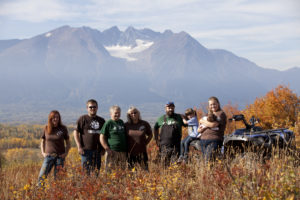 In Season 2, Angelika and Peter Langen return with their daughter Tanja, son Michael, son-in-law Shawn, and an array of dedicated volunteers who work to provide medical care, housing, and food for wounded and orphaned animals across the region. Throughout the season, the Langen team offers essential treatment to bear cubs, as well as lynx, fawns, birds, moose, cougars, and other wildlife. With a record number of animals in need, and faced with an unforeseen housing crisis, the Langen family must pull together and work harder than ever to provide these animals with the rehabilitation and care they need in order to survive. WILD BEAR RESCUE is produced by Omnifilm Entertainment in association with Animal Planet. Executive Producers are Gabriela Schonbach and Michael Chechik. Series producers are David Gullason and Brad Quenville. For Animal Planet, Heather Williamson is Executive Producer. Ken MacDonald is Vice-President and General Manager, Discovery Networks. Tracey Pearce is President, Distribution and Pay, Bell Media.

Omnifilm Entertainment is one of Canada’s leading independent content companies.For nearly forty years, Omnifilm has produced and distributed hundreds of hours of award-winning programming including drama, comedy, factual and lifestyle series, documentaries, and children’s programming. Omnifilm co-produces and partners regularly with both Canadian and international production companies and broadcasters. www.omnifilm.com

About Animal Planet:
Animal Planet is the only animal entertainment brand that captures the drama and compelling characters of the animal kingdom. From the most perilous encounters with nature’s fiercest predators to the pets brought into families, Animal Planet brings out the character behind every creature and shares the story behind every behaviour. Viewers meet these animals and their human companions and protectors as they surprise, scare, play with, and teach how similar we really are. Launched in Canada in 2001, Animal Planet programming offers an immersive and compelling journey into the animal world. Animal Planet is a division of Bell Media, which is part of BCE Inc. (TSX, NYSE: BCE), Canada’s largest communications company. Visit Animal Planet online at animalplanet.ca.

Three Reasons to Love Tiffany Haddish as Host of the 2018 MTV ...

SnackableTV Kicks It with Premium New Content about Sneaker Cu...