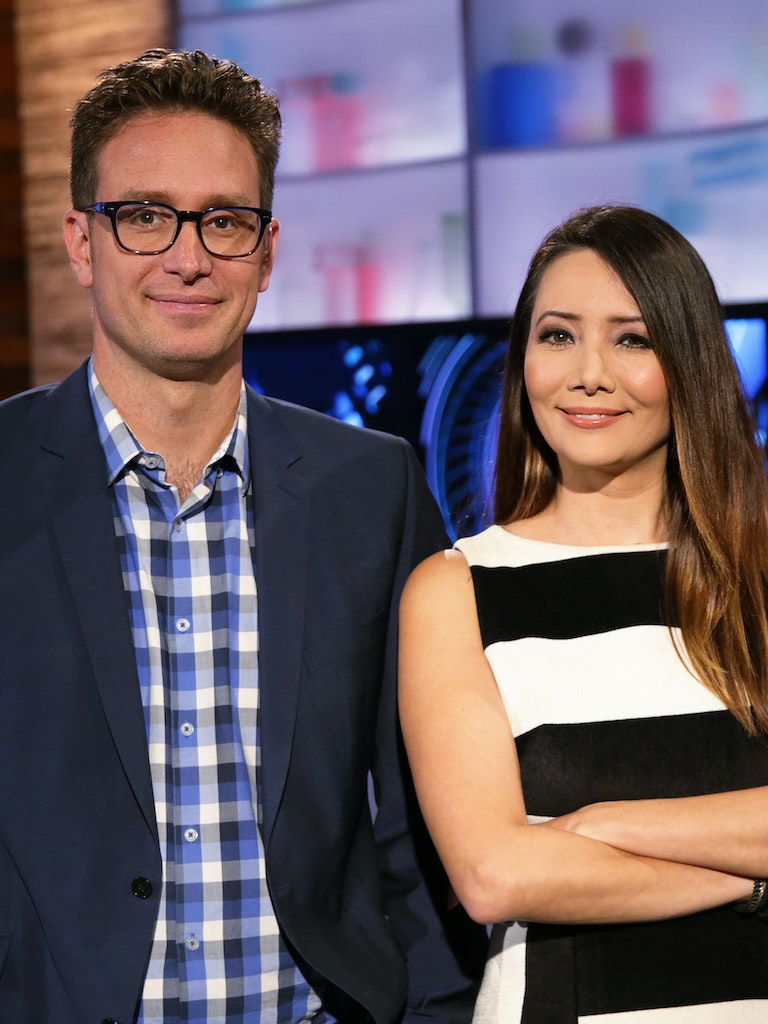 TORONTO (November 4, 2016) – DAILY PLANET, Discovery’s flagship program, searches high and low for the most unusual and awe-inspiring machines from around the world with “Extreme Machines Week”, airing Monday, Nov. 14 through Friday, Nov. 18 at 7 p.m. ET/4 p.m. PT exclusively on Discovery. From the highly useful to the extremely indulgent, co-hosts Ziya Tong and Dan Riskin bring viewers innovative and cutting-edge machines designed for speed, harsh environments, and even the Guinness Book of World Records!

Spotlighting over-the-top science and engineering marvels, DAILY PLANET raises the stakes in search of the world’s most uniquely extreme machines. The team takes viewers behind-the-scenes at Pagani ‘s custom workshop to meet the Italian car maker’s chief test driver tasked with ensuring every $1.3 million Huayra supercar is in prime driving condition. The special theme week then switches gears to pedal with Guinness World Record holder Frank Dose, who used scrap metal and tires from a fertilizer spreader to construct the world’s heaviest bicycle. Cameras also head underwater to follow a six-metre-long, autonomous craft designed to track and measure icebergs. Whether on the ground, underwater, or up in the air, DAILY PLANET captures the extreme science behind these unbelievable – but entirely real – mechanized marvels! Highlights from DAILY PLANET’s “Extreme Machines Week” include: “Heaviest Bike” That’s “wheelie” big! Using giant tires from an industrial fertilizer spreader and scrap steel, Frank Dose built a bicycle weighing over a tonne, with tires measuring more than 1.5 metres in diameter. DAILY PLANET joins the German inventor as he pedals the monster bike 100 metres into the Guinness Book of World Records. “Edgley Optica” In 1979, the Edgley Optica took to the skies for the first time. The bizarre-looking British light aircraft was designed for low-speed observation as a replacement for helicopters. Unfortunately, the revolutionary design stalled after a crash due to pilot error. Decades later the aircraft’s designer, John Edgley, is hoping to revive it. Edgley takes DAILY PLANET aboard to view England’s legendary Stonehenge from the Optica's panoramic, bug-eyed cockpit. “Sea Dragon” Living up to its name, the Sea Dragon is a six-metre-long, autonomous craft designed to track icebergs and measure them from top to bottom. DAILY PLANET joins the researchers who use the underwater machine to learn how quickly these ancient icebergs are melting, and how oceans are changing over time. “Pagani Road Test” Peeling one of the world’s most expensive and luxurious sports cars off the assembly line, slamming the brakes, and doing “doughnuts” for several days would be considered a dream job for many. DAILY PLANET follows Pagani’s chief test driver as he “burns in the brakes,” putting a brand new $1.3 million Huayra to its limits at speeds of more than 300 km per hour. “Lilienthal Glider” Investigating a 120-year-old aircraft crash, DAILY PLANET joins German aerospace engineers as they test a near exact replica of the first successful aircraft glider – Otto Lilienthal’s glider – to find out whether pilot error or design problems caused the death of the aviation pioneer. Subscribers can catch up on past episodes on demand on the Discovery GO app and at Discovery.ca. Live streaming of DAILY PLANET is also available on Discovery GO.

About Discovery:
With compelling real-life programming that inspires and entertains, Discovery reveals the world in all its wonder, diversity and amazement. Discovery ranks as the #1 Canadian entertainment specialty network among total viewers and key adult demos. Discovery offers a signature mix of adrenaline-charged stories, larger-than-life personalities and vivid imagery for viewers with curious minds. With the best non-fiction programming from Canada and around the world, Discovery captures the excitement of a passion for life – one lived fully and at its most extreme. With exceptional and immersive storytelling, the channel offers in-depth, behind-the-scenes glimpses at the extraordinary people and places that shape our world. Launched in Canada in 1995, Discovery is now available in more than eight million Canadian homes. Discovery Canada is a joint venture between Bell Media, which is owned by BCE Inc. (TSX, NYSE: BCE), Canada’s largest communications company, and Discovery Communications Inc. Find more information and interactive online features at Discovery.ca.

This Week on W5 – DIVIDED STATES OF AMERICA and AFTER EBOLA