Go To The News Page
COOPER’S TREASURE (NEW SERIES) Sundays at 8 p.m. ET/5 p.m. PT beginning June 4 Discovery’s new documentary series tells the incredible story of  legendary astronaut Gordon Cooper and the secret treasure map he began from space. In the 1960s, Cooper was one of NASA's original space pioneers, breaking the record for the longest space flight while completing a 122-hour mission. Sent to detect nuclear sites, it was on this mission that Cooper discovered something extraordinary that he would keep secret for more than 40 years, working over that time to create a map he believed could uncover treasure worth billions. Cooper shared his secret with long-time friend Darrell Miklos in the hope that the exploration would continue and the mystery would finally be solved. Now, the one man Cooper trusted has the research and evidence, and combined with Cooper’s map from space, Miklos is setting out with a team of seasoned explorers and researchers to finally accomplish his friend's long-held dream – to uncover the world's greatest treasures. YUKON MEN (NEW SEASON) Sundays at 9 p.m. ET/6 p.m. PT beginning June 4 Just 96 kilometres from the Arctic Circle lies a town on the edge of civilization: Tanana, Alaska. This frozen village of 200 people is at the junction of two powerful rivers, with no roads in or out, where wolves howling through the frigid night air remind residents just how isolated they are. This season, the villagers of Tanana face extinction as the largest wildfire in the country devastates the Alaskan wilderness and threatens to wipe the town from the map. When the smoke clears, the land is in ashes. The wildlife on which residents depend have fled, leaving the villagers to face an uncertain future in a world more dangerous than ever. DEVIL’S CANYON (NEW SERIES) Tuesdays at 10 p.m. ET/7 p.m. PT beginning June 13 The Devil’s Canyon area of British Columbia is home to the largest creek-side gold deposit the world has ever seen. It’s also one of the most hostile terrains for survival on the planet.  DEVIL’S CANYON follows three extreme prospectors, Ben van der Valk, Boyce Goff, and John Belcik as they take the biggest gamble of their lives venturing into the most remote areas of the Canyon in search of their fortunes. Equipped with only the tools and food they can carry on their backs, these skilled miners head deep into the forest where big mining companies can’t reach. Once they arrive, they have a slim window of time to find as much gold as they can before winter hits. Time is not on their side – nothing is – and they’ll face a battle simply to make it out alive. How far will man go to find his fortune? HOMESTEAD RESCUE HACKS REVEALED (NEW EPISODES) Mondays at 9 p.m. ET/6 p.m. PT beginning June 19 The spin-off series from Discovery’s HOMESTEAD HACKS features exclusive homesteading secrets disclosed by the Raney family who helps people that have decided to live off the grid and prepare for nature’s worst. HACKING THE WILD (NEW SERIES Wednesdays at 7 p.m. ET/4 p.m. PT beginning June 21 In Discovery’s all-new series HACKING THE WILD digital survivalist Andy Quitmeyer goes deep into some of the most remote parts of the world armed with nothing but everyday technology and science to survive the wilderness. From a remote Pacific Island to backcountry of Alaska, Quitmeyer's adventures land him in some of the most treacherous regions on the planet, where he must adapt to each situation on the fly with his unique and innovative problem-solving skills. 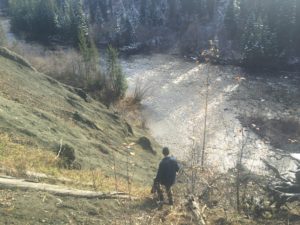 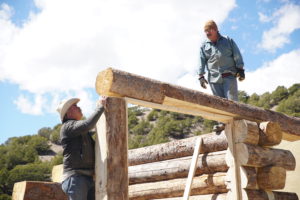