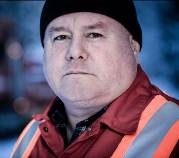 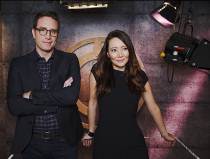 HOUSE OF HORRORS: KIDNAPPED Airing Thursdays at 9 p.m. ET/10 p.m. PT beginning Sept. 17 on Investigation Discovery HOUSE OF HORRORS: KIDNAPPED is a 12-episode series recounting the gripping stories of people who were kidnapped and lived to tell the tale. Each episode reveals one survivor’s terrifying experience from the moment of abduction, through captivity, escape, and recovery...all told through their own words.

TREETOP CAT RESCUE Airing Saturdays at 8 p.m. ET/9 p.m. PT beginning Oct. 3 on Animal Planet Every day in western Washington State, wily felines scale massive trees only to find themselves helplessly stranded hundreds of feet off the ground.  Lucky for them, expert tree climbers and kitty communication experts Shaun Sears and Tom Otto are prepared to do whatever it takes to rescue these panicked pets and reunite them with their owners. The duo runs the non-profit organization, Canopy Cat Rescue, a highly skilled, two-man operation adept at climbing the region's notoriously tall timber. Over the past two years, the duo have scaled trees as tall as 15-storeys high, bringing nearly 500 perilously perched kitties back to the loving arms of their worried owners.

CARS THAT ROCK Airing Mondays at 9 p.m. ET/6 p.m. PT beginning Oct. 5 on Discovery Velocity AC/DC front-man and full-fledged motor mouth, Brian Johnson hosts this new series that gets under the hood of the world’s most iconic cars to learn just how these seminal machines are made. With exclusive access to the factories and production lines of McLaren, Land Rover, MG, Jaguar, and Alfa Romeo, Brian talks to the designers, engineers, and head honchos in each company before hitting the pavement in their latest and greatest models. Travelling across Europe and America, Brian meets other passionate petrol heads as he tries to get to the root of man’s obsession with these beautiful machines. From visiting the Charlotte Motor Speedway to witness Ford’s and Chevrolet’s battle for Nascar to riding with some of the best test drivers in the world, Brian puts pedal to metal in his quest to learn exactly what makes these cars rock.

OUTRAGEOUS ACTS OF PSYCH Airing Wednesdays at 9 p.m. ET/PT beginning Oct. 14 on Discovery Science OUTRAGEOUS ACTS OF PSYCH takes the hidden-camera phenomenon to an entirely new level. Stemming from the hit Science Channel series, OUTRAGEOUS ACTS OF SCIENCE, OAP uses hidden cameras to show if people will actually pay for a VIP experience at a bus stop or a laundromat, or whether men or women are more likely to take a food sample from a person wearing a hazmat suit. Throughout the show, psychologists and human behavior experts offer insights into why we do the things we do.

About Discovery
The world is just awesome! With compelling real-life programming that inspires and entertains, Discovery reveals the world in all its wonder, diversity and amazement. As Canada’s #1 entertainment specialty channel, Discovery offers a signature mix of adrenaline-charged stories, larger-than-life personalities and vivid imagery for viewers with curious minds. With the best non-fiction programming from Canada and around the world, Discovery captures the excitement of a passion for life – one lived fully and at its most extreme. With exceptional and immersive storytelling, the channel offers in-depth, behind-the-scenes glimpses at the extraordinary people and places that shape our world. Launched in Canada in 1995, Discovery is now available in more than eight million Canadian homes. Discovery is offered in standard definition (SD) and high definition (HD) simulcast – for viewers who want an even bigger and bolder experience. Discovery Canada is a joint venture between Bell Media, which is owned by BCE Inc. (TSX, NYSE: BCE), Canada’s largest communications company, and Discovery Communications Inc. Find more information and interactive online features at Discovery.ca.