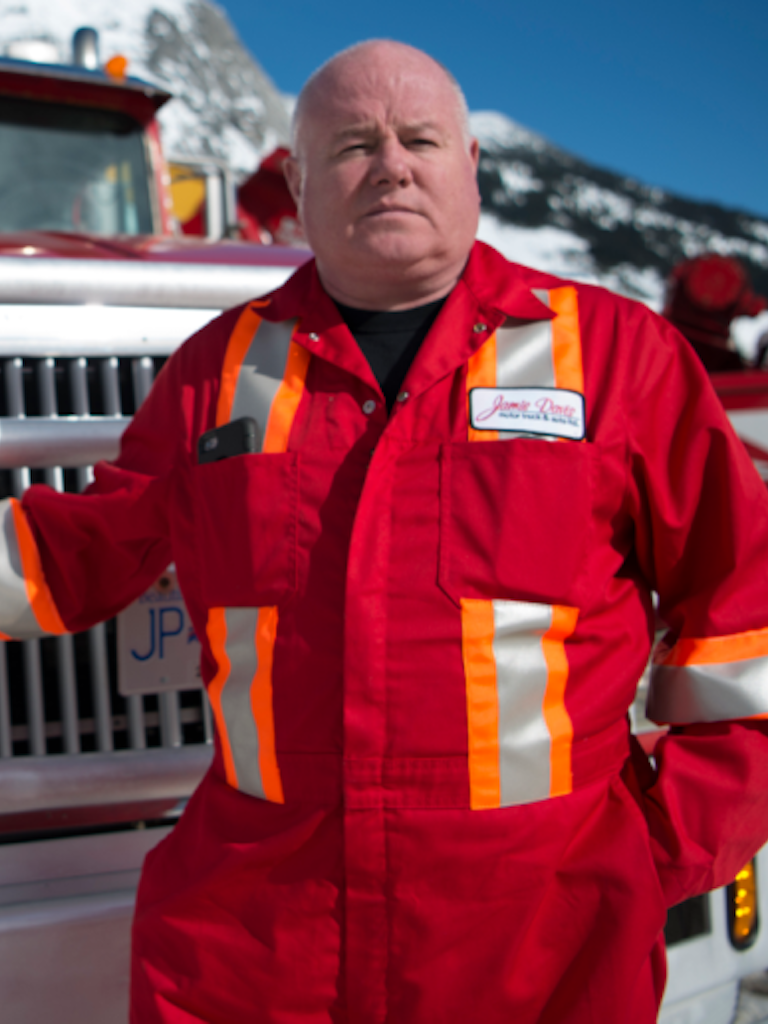 TORONTO (January 5, 2017) – Reality takes another bite out of primetime! The end of 2016 saw Discovery’s powerhouse original hit series HIGHWAY THRU HELL close out Season 5 among the Top 5 most-watched programs on Canadian entertainment specialty television. Further, final data from Numeris confirms the Season 5 finale (Dec. 6) drew a series record high of 886,000 total viewers, making it the single most-watched broadcast on Canadian entertainment specialty TV this broadcast year. Fresh on the heels of the record finale broadcast, Discovery has confirmed a new, 13-episode Season 6 of HIGHWAY THRU HELL from Great Pacific Media is now in production, as the men of Jamie Davis Heavy Rescue along with their competitors at Mission Towing and Quiring continue the fight to keep some of the most economically important, travelled, and inhospitable trucking routes in North America moving. While fans of HIGHWAY anticipate a new season later this year, viewers can enjoy its spin-off series, HEAVY RESCUE: 401, which debuted earlier this week (Jan. 3) with 504,000 viewers (preliminary data), making it the most-watched program of the day on entertainment specialty television and winning its timeslot among all English-language specialty networks in Canada. Also produced by Great Pacific Media and now airing Tuesdays at 10 p.m. ET/7 p.m. PT on Discovery, the all-new series focuses on the unique challenges and intensity of heavy rescue along Ontario’s 400 series of highways – some of the busiest in North America. Full series details about HEAVY RESCUE: 401 are available here. Toyota is the exclusive automotive sponsor for both series, and will return for Season 6 of HIGHWAY THRU HELL. Subscribers can access live streaming of Seasons 2-5 of HIGHWAY THRU HELL through the Discovery GO app and Discovery.ca, and catch up on Seasons 1 and 2 now streaming on CraveTV. HIGHWAY THRU HELL is produced by Great Pacific Media (a Thunderbird Company) in association with Discovery. Executive Producer is Mark Miller. The series producer is Neil Thomas. For Discovery, Bruce Glawson is Executive Producer. Ken MacDonald is Vice-President and General Manager, Discovery. Tracey Pearce is President, Distribution and Pay, Bell Media. Source: Numeris

About Discovery:
With compelling real-life programming that inspires and entertains, Discovery reveals the world in all its wonder, diversity and amazement. Discovery ranks as the #1 Canadian entertainment specialty network among total viewers and all the adult demos. Discovery offers a signature mix of adrenaline-charged stories, larger-than-life personalities and vivid imagery for viewers with curious minds. With the best non-fiction programming from Canada and around the world, Discovery captures the excitement of a passion for life – one lived fully and at its most extreme. With exceptional and immersive storytelling, the channel offers in-depth, behind-the-scenes glimpses at the extraordinary people and places that shape our world. Launched in Canada in 1995, Discovery is now available in more than eight million Canadian homes. Discovery Canada is a joint venture between Bell Media, which is owned by BCE Inc. (TSX, NYSE: BCE), Canada’s largest communications company, and Discovery Communications Inc. Find more information and interactive online features at Discovery.ca.