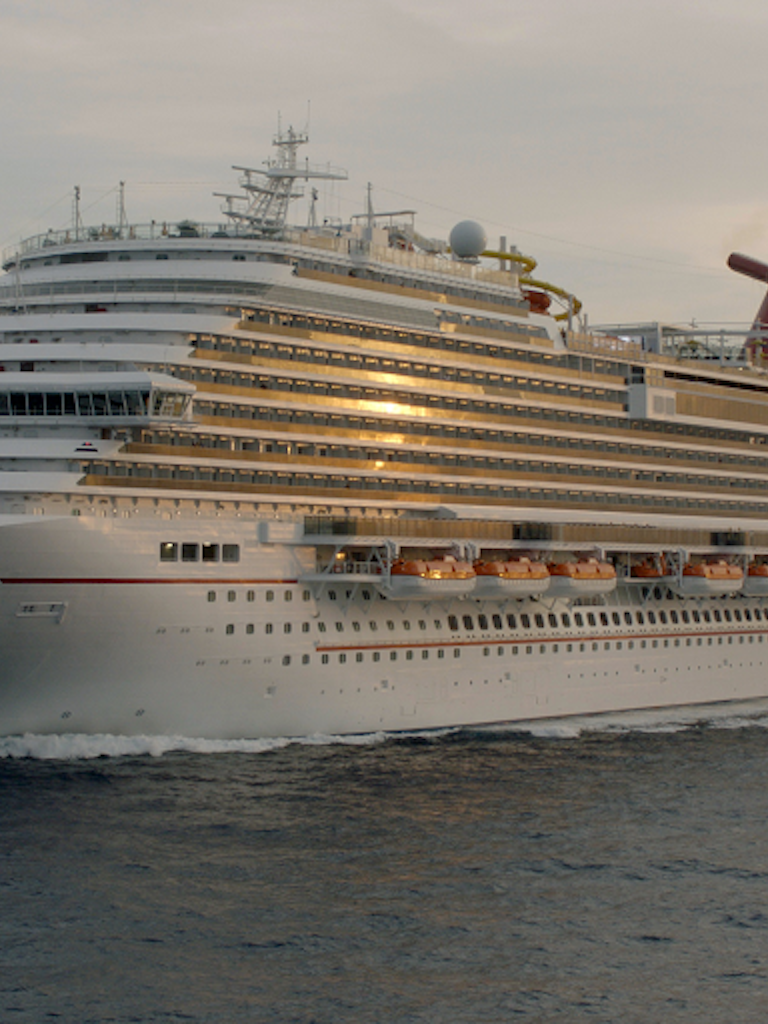 – In an all-new season from Exploration Production Inc.’s “MIGHTY” franchise, MIGHTY CRUISE SHIPS features the ultimate VIP vacation experience on six of the world’s most luxurious cruise ships –
– Discovery subscribers can access live streaming of MIGHTY CRUISE SHIPS and catch up on Season 1 through the Discovery GO app –

Click HERE for a sneak peek at MIGHTY CRUISE SHIPS,

From the newest and largest cruise ship in its fleet able to accommodate more than 4,600 guests, to a vessel that is referred to as “a boutique hotel at sea”, and a ship able to navigate down the tightest of passages to remarkable places, MIGHTY CRUISE SHIPS takes viewers to some of the world’s most extraordinary hotspots. The series also goes behind the scenes of these seafaring marvels to reveal the high-stakes, behind-the-scenes navigational and technological challenges aboard the floating state-of-the-art vessels. A true Canadian success story, MIGHTY CRUISE SHIPS is distributed to 160 countries worldwide by EPI’s distribution arm, Exploration Distribution Inc. –  the international distributor for all of EPI and Bell Media programs. “The captivating second season of MIGHTY CRUISE SHIPS takes viewers on a nautical vacation aboard some of the world’s most remarkable cruise ships,” said Ken MacDonald, Vice-President and General Manager, Discovery Networks. “The success of Discovery’s “MIGHTY” franchise has proven popular both in Canadian and international markets. We look forward to seeing how the homegrown, authentic series MIGHTY CRUISE SHIPS can help continue audience growth and international sales.” “MIGHTY CRUISE SHIPS reveals the secret mechanics and high-performance technology behind the world’s most sophisticated passenger ships ever built,” said Kelly McKeown, Director of Production, EPI. “We are excited to share incredible stories of awe-inspiring vessels and their spectacular routes with our audiences.” Sailing to the world’s most blissful nautical hotspots, MIGHTY CRUISE SHIPS journeys to exotic ports in old world Mediterranean cities including Rome, Athens, Venice, and Barcelona; the challenging but breathtaking high Arctic; the rugged coastlines of Norway and Scotland; and for the first time, to the Caribbean. Episode highlights from Season 2 of MIGHTY CRUISE SHIPS:

“Carnival Vista” Sunday, Feb. 12 at 7 p.m. ET/4 p.m. PT Carnival Vista is the new flagship for one of the world’s largest cruise lines. It can carry more than 4,600 passengers and boasts 10 restaurants, nearly 2,000 staterooms, and a crew of 1,400 ready to tend to their guests’ every need. The top deck features Carnival’s largest waterpark at sea with a 140 metre-long slide, and a first-ever suspended bike loop that allows guests to pedal 46 metres above the sea. 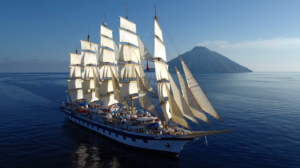 “Royal Clipper” Sunday, Feb. 19 at 7 p.m. ET/4 p.m. PT Royal Clipper is the largest sailing cruise ship in the world, with five masts that soar 58 metres high, supporting 42 sails carrying the ship to a speed of 17 knots. With a ratio of one crew member for every two guests, the Royal Clipper offers the epitome of pampered service. On this ship, adventure is written on the wind.

“Viking Sea” Sunday, Feb. 26 at 7 p.m. ET/4 p.m. PT Viking Sea is the second ocean-going vessel launched by the owners of Viking River Cruises. Reviews for the first cruise ship were stellar, but each ship – and each voyage – is a new test. No casinos, bumper cars, or discos on this ship - just fine food, dramatic destinations, and sublime Scandinavian décor making Viking Sea one of the most beautiful cruise ships in the world. 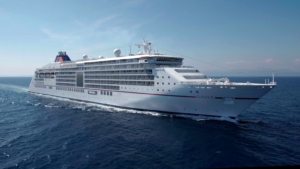 “Europa 2” Sunday, March 5 at 7 p.m. ET/4 p.m. PT Life aboard Europa 2 is all about luxury. That means having plenty of room to relax. The ship offers more space per passenger than any other. There is always a free chaise by the pool or a table available in the restaurant. And the crew caters to every request or whim. A special aerial tour in an exotic port? Done. A surprise beach barbeque to celebrate a family birthday? No problem. The credo on this vessel is simple: “Small ships make big things happen.” 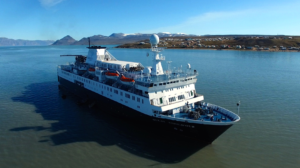 “Ocean Endeavour” Sunday, March 12 at 7 p.m. ET/4 p.m. PT With an ice-strengthened hull and a fleet of zodiacs, Ocean Endeavour is the perfect vessel for adventure. A voyage on this ship is not just a cruise...it’s an expedition. In the hands of an experienced staff who are experts in arctic ice, wildlife, and natural history, each trip ashore promises a rugged but enriching experience.. 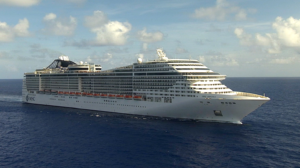 “MSC Divina” Sunday, March 19 at 7 p.m. ET/4 p.m. PT MSC Divina is divine – all marble and mirrors, with dramatic lighting and Swarovski crystal staircases. Featuring the best of Mediterranean design and North American convenience, the ship cruises the Caribbean in a style more often associated with ships one-quarter its size. Carrying 4,200 passengers, a cruise on this ship offers the best of Europe on board, with stops at the top ports in the Caribbean. Subscribers can access live streaming of MIGHTY CRUISE SHIPS and catch up Season 1 through the Discovery GO app. MIGHTY CRUISE SHIPS is produced by Exploration Production Inc. (EPI), a production house wholly owned by Discovery Canada. Karen McCairley is the Executive Producer. The Series Producer is Richard Martyn. Kelly McKeown is Director of Production. Nanci MacLean is Vice-President, Bell Media Production. Ken MacDonald is Vice-President and General Manager, Discovery. Tracey Pearce is President, Distribution and Pay, Bell Media. International distribution is led by Tony Leadman of Exploration Distribution Inc.

Discovery Canada’s in-house production company, Exploration Production Inc. (EPI), is a multi-award-winning producer of ambitious, original, entertaining factual documentaries and series, for both Discovery and other international broadcasters. By the end of 2016, EPI will have delivered more than 3000 hours of television programming in the form of a daily science magazine show, series, and specials. EPI programming has been broadcast in more than 150 countries, in two-dozen languages, to potential viewing audiences of more than 600 million conventional, cable and satellite subscribers. EPI is a wholly-owned subsidiary of Discovery Canada, a joint-venture between Bell Media (Canada) and Discovery Communications Inc. Visit Exploration.ca for more information.

With compelling real-life programming that inspires and entertains, Discovery reveals the world in all its wonder, diversity and amazement. Discovery ranks as the #1 Canadian entertainment specialty network in primetime among total viewers and all the adult demos. Discovery offers a signature mix of adrenaline-charged stories, larger-than-life personalities and vivid imagery for viewers with curious minds. With the best non-fiction programming from Canada and around the world, Discovery captures the excitement of a passion for life – one lived fully and at its most extreme. With exceptional and immersive storytelling, the channel offers in-depth, behind-the-scenes glimpses at the extraordinary people and places that shape our world. Launched in Canada in 1995, Discovery is now available in more than eight million Canadian homes. Discovery Canada is a joint venture between Bell Media, which is owned by BCE Inc. (TSX, NYSE: BCE), Canada’s largest communications company, and Discovery Communications Inc. Find more information and interactive online features at Discovery.ca.