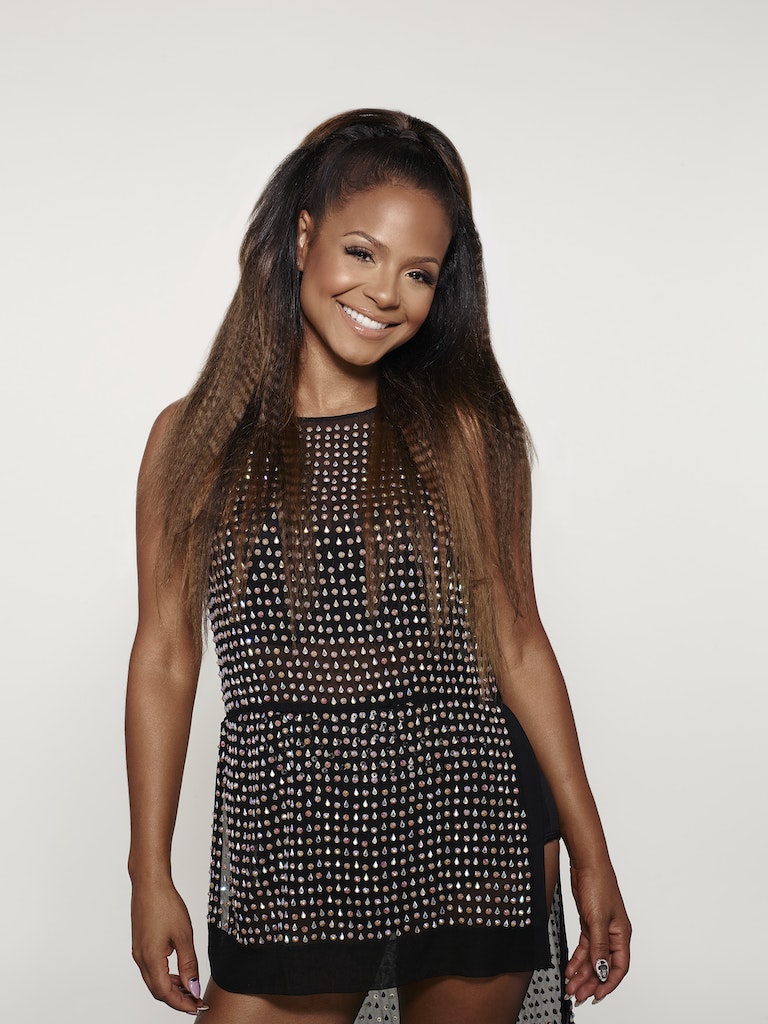 To tweet this release: http://bmpr.ca/1DuJScl TORONTO (January 06, 2015) – Whether she’s a contestant on DANCING WITH THE STARS, a social correspondent on THE VOICE, touring with superstar Drake, or working on her new studio album with Lil’ Wayne, Christina Milian is working non-stop to reinvigorate her music career. Now, the GRAMMY®-nominated singer-songwriter, actress, and mother adds one more item to her busy schedule: starring in the brand-new, exclusive E! docu-series CHRISTINA MILIAN: TURNED UP, premiering Sunday, Jan. 18 at 10 p.m. ET, with back-to-back episodes. CHRISTINA MILIAN: TURNED UP follows the “Dip it Low” songstress as she works towards a musical comeback, gets candid about her love life, and balances her relationship with her larger-than-life family.

**Media Note** Photography for CHRISTINA MILIAN: TURNED UP is available online at BellMediaPR.ca/Network/E! As part of a loud, loving, opinionated, and multi-talented family of strong Cuban-American women, Christina Milian has always been the focus, often to the consternation of her two sisters, Danielle and Lizzy. Now, Milian is learning to share the spotlight with the E! series CHRISTINA MILIAN: TURNED UP. The docu-series follows the singer-songwriter as she begins working with a new record label, embraces a new sound, and a new look, all while raising her young daughter Violet with help from her overbearing ‘momager’ Carmen. This series is all about family: middle-sister Danielle tries to balance her new marriage along with motherhood; baby sister Lizzy begins a new chapter as a trained culinary chef and converts to Orthodox Judaism; and mother Carmen attempts to find a happy medium managing Milian’s professional life, while keeping a close watch over her tight-knit family. For more information on the Milian clan, click here. Social Media Links: Follow E! on Twitter: @EOnlineCanada Follow Christian Milian on Twitter: @christinamilian About E! E! is television’s top global destination for all things pop culture. The network is currently available to 6.5 million cable and satellite subscribers across Canada. E! content is available anytime and anywhere, including eonline.ca, @EOnlineCanada,Facebook and other emerging platforms. The pulse of pop culture, E! features a variety of programming including hit reality series, fascinating profiles of the world's biggest stars, up-to-the-minute entertainment news, witty talk series, and the best live red carpet coverage from Canada and around the world. E! is a division of Bell Media, which is owned by BCE Inc. (TSX, NYSE: BCE), Canada’s largest communications company.

The Road to SUPER BOWL XLIX Continues with the NFL Divisional ...