TORONTO (February 5, 2016) – Wendy Freeman, President, CTV News announced today that Jon Erlichman, formerly of Bloomberg Television, ABC News, and Headline News is set to join Business News Network (BNN). Erlichman assumes his duties as Anchor and Reporter with Canada’s premier media brand devoted exclusively to business and financial news effective this March. The Toronto-born Erlichman is a scoop-oriented reporter, an accomplished interviewer of top global CEOs and executives, an engaging host, and a digital innovator. He was part of the launch of ROBtv, the precursor to BNN 17 years ago, eventually taking on duties as New York Bureau Chief. He then worked for Bloomberg Television in New York, San Francisco, and Los Angeles, interviewing top CEOs and executives like Disney’s Bob Iger and IAC’s Barry Diller, along with celebrities like Kobe Bryant and Vince Vaughn, all the while breaking news on Apple, Google, Yahoo, and Twitter. He has also written columns and articles for Fortune and The Wrap, and worked as a correspondent for ABC News and Headline News. 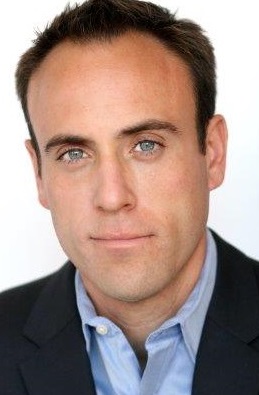 **Media Note** Download photo of Jon Erlichman at BellMediaPR.ca. “BNN has set the standard for excellence in broadcasting of business news in Canada,” said Erlichman. “I’m honoured to be joining BNN’s incredible team of journalists, and look forward to this exciting new chapter.” “We are absolutely thrilled to have Jon back in Canada as a core part of BNN’s on-air team,” said Grant Ellis, General Manager, Business News Network. “He is a dogged reporter who gets big scoops and exclusives, and an experienced television host who intimately understands global finance, technology, and media. His experience, digital expertise, and relentless drive to improve have equipped him with an incredible skillset. We are excited to have him join us in advancing the future of the station he helped build.” “As Canada’s #1 news operation, we are constantly reimagining news delivery in a digital world,” said Freeman. “Jon’s cutting edge technology skills, along with his track record for breaking key stories, make him an excellent fit for BNN as we continue to embrace innovation for our viewers.” In 2014, Erlichman’s path as a digital innovator led him to create Parachute TV, a product that applied scheduled programming to Twitter’s live-streaming service, Periscope. Erlichman has been profiled in the International Business Times, was named by Business Insider as one of “The 100 Tech People You Have To Follow On Twitter,” and tapped by Ad Week as one of the “Livestreaming Stars Every Brand Should Know About.”