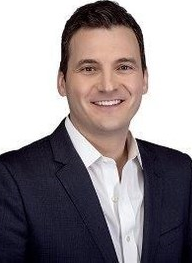 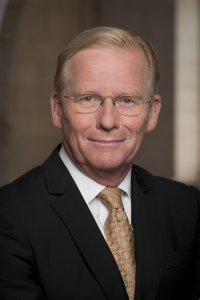 “We’re thrilled to welcome Evan to the CTV News family, where he will serve viewers with incisive political discourse each week,” said Wendy Freeman, President, CTV News. “Already embedded into Ottawa’s political scene, Evan is an accomplished journalist with a passion for breaking news that matters.” Freeman added: “I’d like to take this moment to thank Bob for sharing his years of experience, professionalism, and dedication to the craft of journalism with CTV News viewers. His expert investigative journalism has played an important role in forcing accountability and informing the public of important stories that may have otherwise remained hidden.” “Evan has tremendous energy and passion for our profession, and I’ve long admired his commitment to our craft,” said Fife. “Holding the reins of an important Canadian institution like QUESTION PERIOD is a journalistic responsibility none hold lightly. As I watch the next generation carry forth, I do so with pride and confidence.” About Evan Solomon: Host of CTV News’ QUESTION PERIOD beginning in September, 2016, and National Affairs Specialist for Bell Media Radio, Solomon is an accomplished writer, editor, magazine publisher, and radio-television journalist, and a weekly contributor to Maclean's. He anchored CBC News Network's daily political series POWER & POLITICS and CBC Radio's weekly program THE HOUSE. Solomon has covered federal and provincial politics for more than 15 years, as well as some of Canada's biggest news stories of the time. Before hosting Bell Media Radio's OTTAWA NOW and weekly syndicated program REAL TALK, Solomon was most recently the host of SiriusXM's daily program EVERYTHING IS POLITICAL. Throughout his journalism career, Solomon has interviewed many key political players, from prime ministers, world leaders, and U.S. presidents, to the Dalai Lama and Henry Kissinger, among others. As an author, Solomon's first novel, Crossing the Distance, published by McClelland & Stewart, was a bestseller. He also co-edited the best-selling 2004 book, Fueling the Future: How the Battle Over Energy Will Change Everything, published by Anansi. It was nominated for both the Business Book of the Year and the Science Book of the Year. He also co-edited the award winning 2005 book, Feeding the Future: From Fat to Famine, How to Solve the World's Food Crisis. Solomon has also penned several children’s books under Puffin Classics Canada for Penguin Random House Canada. About Robert Fife: Based in Ottawa, Robert Fife is currently Ottawa Bureau Chief, The Globe And Mail and hosting his final season of weekly political program, QUESTION PERIOD. Previously, Fife held the role of Ottawa Bureau Chief, CTV News. During his time with CTV News, he and his team singlehandedly uncovered the Canadian Senate Expense Scandal, setting the course for an RCMP investigation, audits, and reform of Senate rules for expenses. Keeping the scandal top of mind for Canadians, Fife was honoured with many awards including Canada’s top prize for Investigative Journalism from the Canadian Association of Journalists and multiple RTDNA awards.

CTV News is Canada’s most-watched news organization both locally and nationally, and has a network of national, international, and local news operations. CTV News operations include CTV NEWS CHANNEL, BNN – Business News Network, CP24, and information programming, including CTV NATIONAL NEWS WITH LISA LAFLAMME, CTV NATIONAL NEWS WITH SANDIE RINALDO, W5, POWER PLAY, and QUESTION PERIOD. Flagship news sites include CTVNEWS.ca, as well as CP24.com and BNN.ca, and are complemented by CTV News GO, CP24 GO, and BNN GO apps, which provide a direct connection to Canada’s most trusted news anytime and anywhere.  With a perspective that is distinctly Canadian, CTV News brings Canadians the international and domestic news stories of the day and is the #1 news organization in Canada.

Season 4 of Comedy Series MARON Premieres June 26 on The Movie...