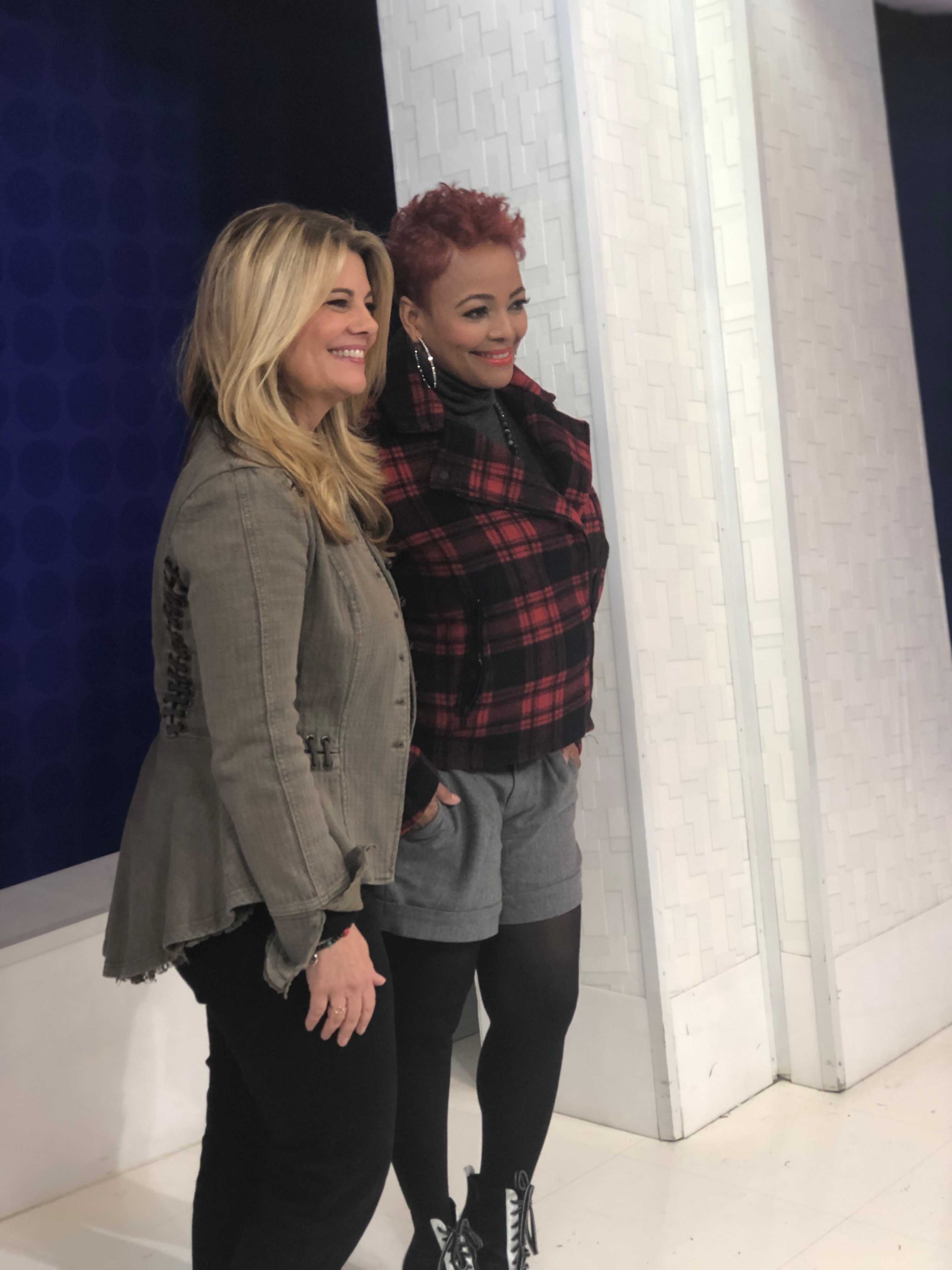 By BILL HARRIS Special to BellMediaPR.ca When Kim Fields and Lisa Whelchel became cast members on THE FACTS OF LIFE back in 1979, they surely knew people still would be talking about the show in 2018, right? Both of them laughed at the thought, with Fields saying, “That’s perspective for you.” Fields, who played Tootie, and Whelchel, who played Blair, were in Toronto to celebrate the launch of CTV’s two new free streaming channels, CTV Throwback and CTV Movies. In a wide-ranging interview, they offered lots of interesting tidbits about THE FACTS OF LIFE, touching upon everything from the credit they think the show deserves (and for a long time didn’t get) to their real-life relationship with Charlotte Rae, a.k.a. Mrs.Garrett. Fields admitted it felt good when THE FACTS OF LIFE won an award back in 2011 for its long-term influence on pop culture, because, as she put it, “We were never considered worth our weight in gold by the industry. So it was nice to get that come-uppance on them. “Even when THE FACTS OF LIFE went off the air, we didn’t get that kind of big farewell, send-off episode like some of our contemporaries at the time,” Fields added. “And please understand, this isn’t any sort of bitter type of narrative, it’s a very matter-of-fact observation. At this point, yes, we’re very happy that other generations can continue to watch the show. We’re very excited about the future THE FACTS OF LIFE continues to have, and how it continues to be an important part of pop culture as well as content history and the landscape of content.” Whelchel suggested that while THE FACTS OF LIFE definitely earned its place in TV history, the show also has been nicely positioned to bridge technological eras, over and over again. “I do think that we were in that sweet spot of coming along right at the end of a time when there were only three channels (major networks in the U.S.),” Whelchel said. “And there weren’t even as many options in terms of going out at night, so families still would gather around the television. But we also were young enough that once cable came around (in the 1980s) we could take advantage of that, and eventually now with streaming as well. So I think we got the best of all worlds.” Obviously Fields and Whelchel have been asked to talk about THE FACTS OF LIFE for many decades now. But is there anything that the public and writers still get consistently wrong about the show, or the inner workings of it? “I don’t think they’ve gotten anything wrong at all - I think if anything, it has just been a misperception that perhaps Charlotte (Rae) was more of Mrs. Garrett off-screen, that she was as maternal (off-screen with her young co-stars) as she was (on-screen),” Fields said. “And to that, she had an enormous amount of respect for our families, our parents and family members who were guardians over us, grandmothers, aunts, and the like. So it was more of a colleague relationship, even though we were much younger than she was. “And again, it’s not as if anyone got that wrong, because no one was talking about it one way or the other (at the time). It’s just a matter of, for example, this past summer when she passed (at age 92), people felt like, ‘Oh, I bet she was a mom to you guys, or a mom figure,’ that kind of thing. And she wasn’t a maternal figure like that. But that’s it.” At this point Whelchel proved that she still has great comic instincts. Fields and Whelchel were being interviewed by phone, and Whelchel interjected - it clearly was her voice - by comedically pretending she was Fields, saying, “Oh, I’ll add something to that. This is Kim speaking. I’ve come to realize how fabulous Lisa Whelchel really was. I think they missed that. That’s just me speaking as a fellow cast-mate.” Oh, that’s SO Blair! Fields had a really good laugh at that one. Overall, both Fields and Whelchel continue to take great pride in THE FACTS OF LIFE, and when you think about its original run from 1979 to 1988, it actually became something of a template for many of the family-targeted sitcoms that would follow through the ’80s and into the early ’90s. “There are some (episodes) that stand out, of course, dealing with teen suicide, dealing with adoption, dealing with body image, dealing with bullying,” Fields recalled. “I don’t know if it’s as much a question of respect as it is awareness of the impact that we had, creatively speaking. We had an amazing group of writers that did really fantastic work, especially when a show gets into Seasons 6, 7, 8. “Just having the show last that long! Somebody has to watch it, and people don’t watch junk. So last I checked, one plus one was two.” You take the good, you take the bad, you take ’em both, and there you have … the facts of math! billharristv@gmail.com @billharris_tv

Winner Takes All: The Portland Timbers Visit Atlanta United in...