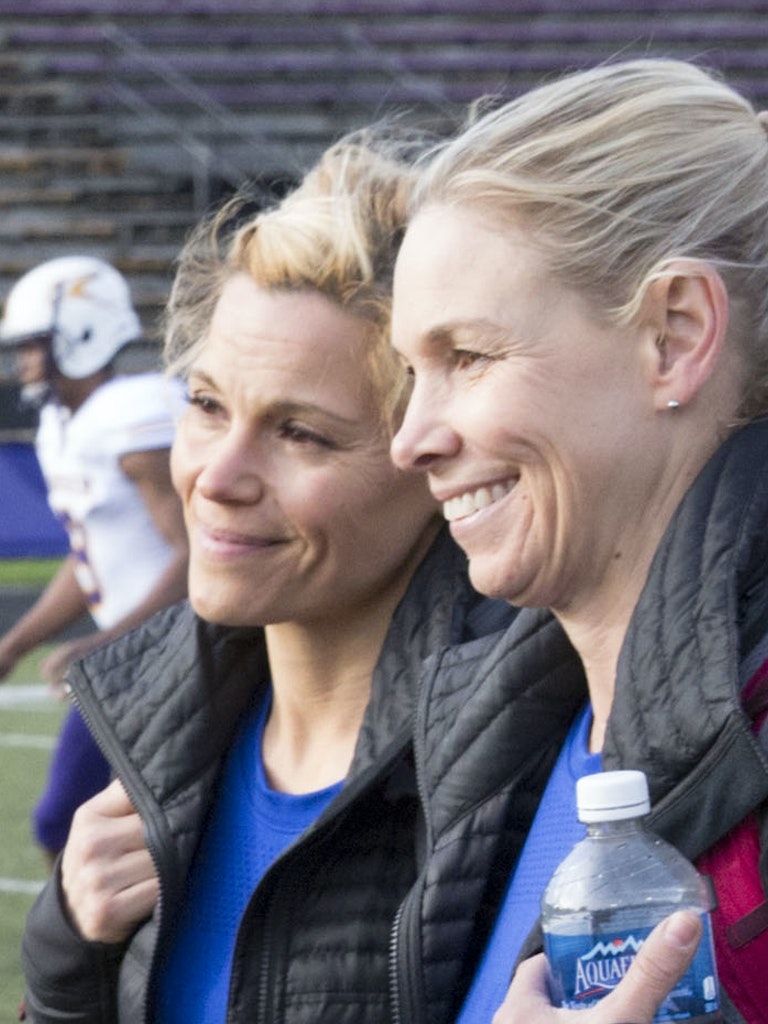 – On the next episode of THE AMAZING RACE CANADA, teams travel to Charlevoix, Que., where some racers get tongue-tied under pressure –

TORONTO (August 13, 2019) – In tonight’s episode of CTV’s THE AMAZING RACE CANADA, friends Trish and Amy, of Etobicoke, Ont., were eliminated after physics proved to be their downfall. Five teams now remain on THE AMAZING RACE CANADA, returning with an all-new episode Tuesday, August 20 at 9 p.m. ET/PT on CTV, and then streaming anytime on CTV.ca and the CTV app.

This week, six teams raced through Kitchener-Waterloo, Ont. to the THEMUSEUM’s SPECTRUM exhibit, where teams took turns searching through a ball pit of more than 30,000 green balls for either one red or yellow ball. As Trish and Amy were saved during last week’s non-elimination leg for a second time, they were faced with a Speed Bump in which they rode in an autonomous driving Chevrolet Bolt EV, before moving on to the next challenge.

Racers then made their way to the University of Waterloo, where they navigated a robot through an obstacle-filled maze as one teammate communicated instructions via walkie-talkie to the other, who controlled the robot on a separate floor. Next, racers put their culinary skills to the test at this season’s first Face Off, which pit teams against each other and gave them just one minute to visually study one of three signature Dempster’s plates before replicating it, without a recipe, in less than 15 minutes. The last team at the Face Off took a timed penalty before catching up with the other teams. Racers then headed to the Perimeter Institute for Theoretical Physics to solve a gravity-based algebra equation by dropping a tennis ball from an upper floor, timing how long it took to reach the ground, and then determining how many feet the ball travelled.

Then, teams raced to Wilfred Laurier University’s Knight-Newbrough field to meet host Jon Montgomery at the Pit Stop. Dave and Irina were first to arrive at the mat, winning a trip for two to Frankfurt, Germany. After the weight of the gravity challenge proved to be too much for Trish and Amy, they placed last and were ultimately eliminated.

On the next episode of THE AMAZING RACE CANADA, “Open Your Bouche” (Tuesday, August 20 at 9 p.m. ET/PT on CTV, then streaming anytime on CTV.ca and the CTV app), teams travel to Charlevoix, Que., where some racers get tongue-tied under pressure.

The five remaining teams competing for the Season 7 title of THE AMAZING RACE CANADA champions are:

Crave Becomes the Exclusive Canadian Home of HOMELAND for its ...