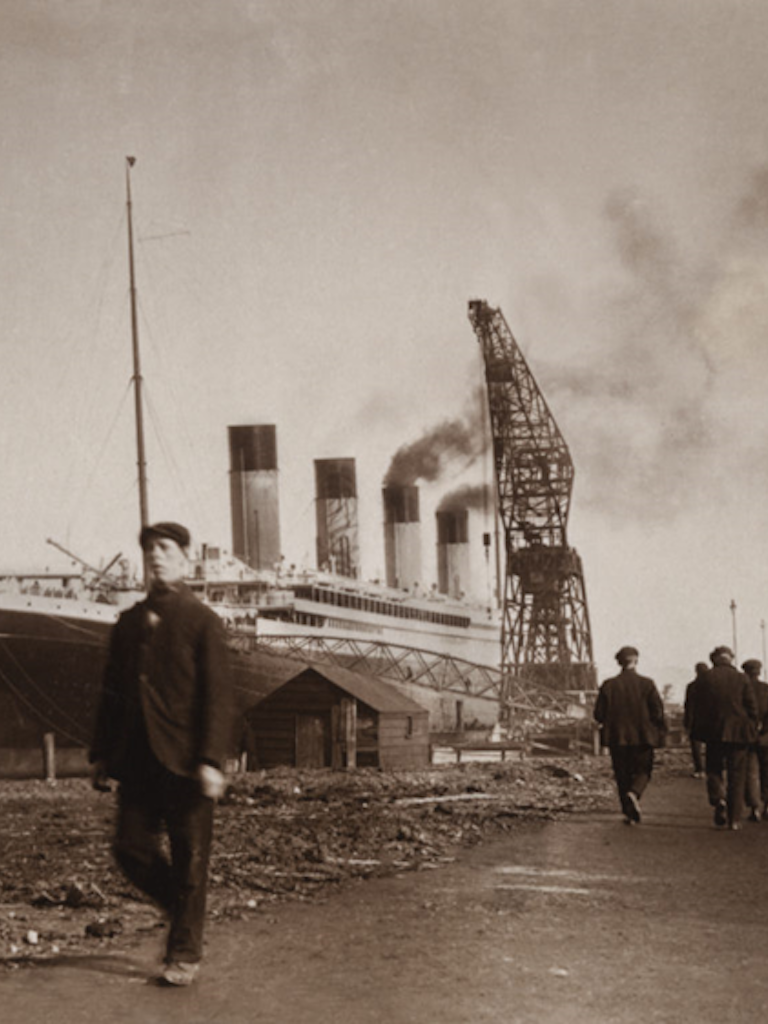 – 105 years later, investigative journalist and Titanic expert uses new technology to recreate a key moment and reveals intriguing new clues about the real cause of the most controversial tragedy in maritime history –

TORONTO (March 28, 2017) – She was the largest and fastest ship ever built; believed to be unsinkable. Still puzzling experts today is why the captain of RMS Titanic ignored several iceberg warnings, choosing to steam full speed ahead without changing course. What happened to make her sink so rapidly? For the first time, investigative journalist and Titanic expert Senan Molony, who spent the last 30 years researching the disaster, reveals the real story in Discovery’s latest Canadian exclusive documentary, TITANIC: NEW EVIDENCE, premiering Sunday, April 9 at 8 p.m. ET/ 5 p.m. PT on Discovery Canada. Commissioned and developed by Discovery, the one-hour special uses a breathtaking new “Living Stills” graphic technique to bring to life, in full moving colour, recently unearthed photographs taken more than 100 years ago of the construction and launch of RMS Titanic. “Discovery’s unique take on this astonishing story features a more in-depth look at the shocking new findings than ever seen before, with additional evidence surrounding the case,” said Edwina Follows, Director of Commissioning and Production, Discovery Canada. “We looked at the story, recognized new findings for the first time in recent history, and developed it for Discovery audiences who have come to see us as leaders on all things Titanic.” The rare photographs are a remarkable find in themselves – but buried within them is an intriguing clue: a previously unseen mark on the hull that launches Molony on a fresh investigation into the century-old mystery of the ship’s sinking. Drawing on the latest science, modern experts, and overlooked eyewitness testimony, Molony discovers that behind the dark mark, a fire raged in the ship’s boiler rooms – a fire ultimately responsible for the loss of 1,503 lives and the most controversial tragedy in maritime history. Timed to the 105th anniversary of the historic sinking, the documentary shockingly reveals the owners of the Titanic knew about the fire before she set sail and deliberately kept it secret from their passengers. Modern scientific analysis explains how the fire was ultimately the reason for Captain Smith’s decision to charge through the ice field at top speed. The fire also explains the catastrophic failure that led to the “unsinkable” Titanic unexpectedly going down, taking one and a half thousand passengers and crew to their watery death. In a bitter postscript, Molony reveals how in the wake of the disaster, he believes White Star Line’s Chairman, J. Bruce Ismay, did everything in his power to keep the real story from getting out. TITANIC: NEW EVIDENCE is a Canada/U.K. co-production by Canada’s Alibi Entertainment Inc. and Blink Films in the U.K., in association with Discovery, Channel 4 (U.K.), and The Smithsonian Channel (U.S.). Executive Producers are David McNab, Dan Chambers, James Hyslop, Nick Crowe, and Alan Handel. For Discovery, Edwina Follows is Director, Commissioning and Production. Ken MacDonald is General Manager and Vice-President, Discovery Networks. Tracey Pearce is President, Distribution and Pay, Bell Media.