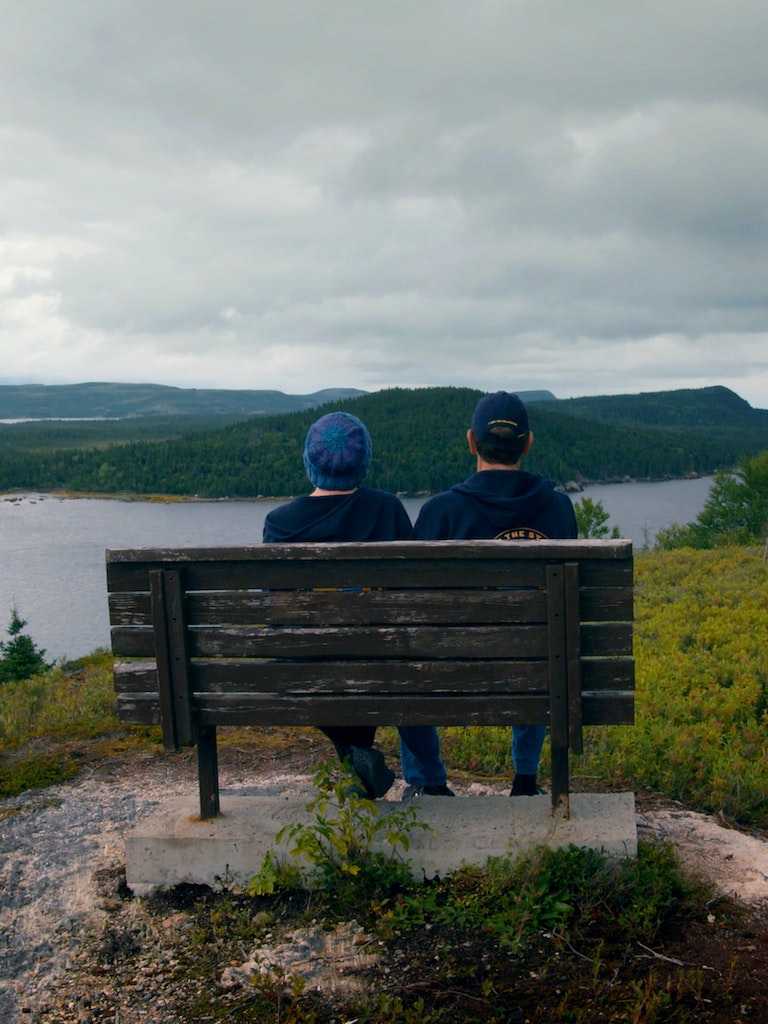 Go To The News Page
By BILL HARRIS Special to BellmediaPR.ca People around the world continue to marvel at the warmth of Newfoundland - if not literally, then certainly figuratively. Apparently no matter where you come from, “away” has never seemed so close. And this despite the fact it has been more than 17 years since the terrorist attacks that brought down the Twin Towers in New York City on Sept. 11, 2001. The Bell Media original documentary YOU ARE HERE: A COME FROM AWAY STORY begins a limited theatrical run at Hot Docs Ted Rogers Cinema in Toronto beginning Sunday, Dec. 16, and continues to be available on the all-new Crave. It tells the real-life tale of how Gander, Nfld., and the surrounding area dealt with a sudden influx of close to 7,000 scared and confused people when 38 planes were diverted there on what forever became known as 9/11. The events in Gander eventually inspired a musical stage show titled Come From Away. As more and more people see the film and are emotionally moved by it, we caught up with director Moze Mossanen for a quick Q-and-A session. Q: Have there been any unexpected reactions? Mossanen: “That’s such an interesting question, because the reality of our lives as filmmakers is that you’re in this small room with no windows for a year, and you’re looking at a screen. It’s just you and the editor, with the occasional person coming in, pointing at the clock and saying, ‘Time is ticking, money, money, money,’ as the weeks roll on. Then you bring the film forward, and of course the first screening we had was in Gander. I was on the plane over there, and I’m thinking, ‘What if they don’t like it?’ We were really nervous. But more than any other film, the reaction to this has overwhelmed me. It has been so passionate, in ways I never expected. I wasn’t prepared for the standing ovations, for this outpouring of feeling.” Q: There was so much footage of the stranded passengers. Where did you get it all? I don’t think people were recording video on their phones back then. Mossanen: “There were these camcorders, right? They were not as compact and small as an iPhone today, but they also weren’t those big honking steamer-trunk-sized VHS ones, either. Kevin Tuerff, one of the two Kevins on the Air France flight, had a treasure trove of stuff, including that incredible shot of when the buses are coming toward the planes. He’s just an avid recorder. So from the time his plane started to land in Gander, he took his camera out. But the larger amount of footage, which took a year to finally get everything together, was we would find news coverage from around the world, and embedded in those news stories were home movies. So we would say, ‘Where did that come from?’ That was the toughest part, tracking that stuff down, because it was 16, 17 years ago. The internet is an enormous help these days, but it was looking for needles in a haystack. So it came from a multiplicity of sources. Our task was to make it feel as if it all came from the same camera.” Q: This story happened at a time when the world was in chaos elsewhere, so I remember being aware of the Gander story in a peripheral way. But watching the doc, I was struck by the enormity of how many planes landed there, how many people were stranded there, and how long they had to stay (five days) before air travel was permitted again. Mossanen: “That’s great you reacted that way, that’s exactly what we wanted. A lot of people say they either hadn’t heard of this story, or they had heard of it only vaguely. But as you say, in the immediate wake of the horror, people understandably were focused on New York and Pennsylvania and Washington, D.C. But now 16, 17 years later, this story is coming forward again in a different way.” Q: How close did the finished film come to the initial idea you had in your head? Mossanen: “Good question, because a lot of documentaries kind of veer off. But being completely frank with you, this is exactly the way I had imagined it. I knew who I was going to focus on, and I had spent some time going to visit this cast of characters beforehand, telling them about my film and asking them if they would collaborate with me. There was such a multiplicity of views and the story was so complex that it was important to stick to the very clear idea of what I wanted from each person. But then the creative Gods gave me gifts, too, like toward the end of the film when the Newfoundlanders go to Ground Zero in New York and they come face-to-face with the reality of what happened there. I didn’t realize that two of the first responders were going to come forward and tell their stories to the group, and that was a godsend. They meet and embrace and recognize that spirit in each other. That’s why docs are great, you know. You have to be open to those moments.” Q: This story seems to be everywhere right now, with both the stage show and your film getting so much positive attention. Mossanen: “The urge to bring the stage show into the film was really great, because the music is so fabulous. But we just had to say, no, no, no, we have to really focus on what happened through the eyes of these people. Some who come to see the film are sort of expecting to see a behind-the-scenes making of the show Come From Away, and it’s not that at all.”   billharristv@gmail.com @billharris_tv