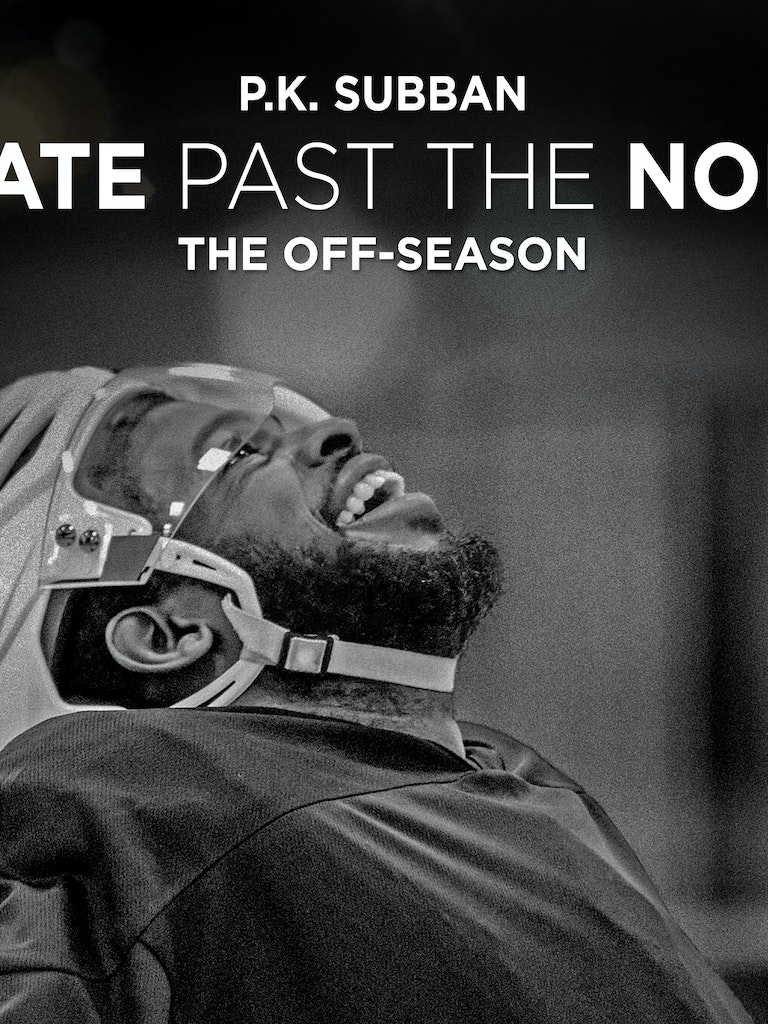 – Documentary exploring one of the NHL’s most talented and charismatic players debuts November 18 at 10 p.m. ET on HBO Canada and comes to CraveTV in 2017 –
– Features interviews with Subban, his family, and the professionals, stars, and friends that surround him –

TORONTO (Nov. 9, 2016) – With an all-access pass to one of the world’s most elite athletes, HBO Canada laces up for P.K. SUBBAN SKATE PAST THE NOISE: THE OFF-SEASON, premiering Friday, Nov. 18 at 10 p.m. ET. The new Original Documentary is a Bell Media co-commission between premium English-language Pay TV service, The Movie Network, and leading French-language networks RDS and Canal D. With a running time of just under an hour, this up-close-and-personal documentary tells the story of one of hockey’s biggest personalities and features unparalleled access to his inner circle. As Subban faces a major turning point in his career, the electric defenseman bids adieu to Montréal. The film follows Subban during the 2016 off-season while the star is at home in Toronto, preparing for the next chapter of his life and career in Nashville. Click HERE for a sneak peek of P.K. SUBBAN SKATE PAST THE NOISE: THE OFF-SEASON. “My number one goal is to win a Stanley Cup and it all starts with how you prepare yourself during the off-season,” said P.K. Subban. “It was the longest of my career so far, but I looked at it as an opportunity to become the best teammate and player I could be. It was definitely an eventful few months, but I’m excited to give people inside access like never before." P.K. SUBBAN SKATE PAST THE NOISE: THE OFF-SEASON explores what it means to be P.K. Subban as he prepares for the season to come. Shining a light on what it takes to be a top professional athlete, the documentary includes interviews with Subban, rap superstar Snoop Dogg, and former Canadian sprinter – and Subban’s speed and agility coach – Ben Johnson. P.K. SUBBAN SKATE PAST THE NOISE: THE OFF-SEASON will also be seen in French on Nov. 16 on Canal D at 7:30 p.m. ET and RDS at 8:30 p.m. ET. A 30-minute special edition including 15 minutes of never-before-seen content will be available on Bell Fibe TV1 channel, beginning Nov. 17. In association with Bell Media, P.K. SUBBAN SKATE PAST THE NOISE: THE OFF-SEASON is produced by Productions KOTV III Inc. P.K. Subban, Alain Chicoine, Louis-Philippe Drolet, and Louis Morissette are Executive Prdoucers. Alexandra Toulch and Jack Hackel are Co-Directors. For Bell Media, Production Executive is Danielle Pearson. Robin Johnston is Director, Factual, Independent Production, Bell Media. Corrie Coe is Senior Vice-President, Independent Production, Bell Media. Tracey Pearce is President, Distribution and Pay, Bell Media. Randy Lennox is President, Broadcasting and Content, Bell Media.

HBO Canada brings Canadians HBO’s current slate of signature dramatic and comedic programs, together with new and never-before-seen programming including comedy series, live specials, sporting events, behind-the-scenes content and titles from HBO’s extensive library – all in an uncut and commercial-free environment. HBO Canada is available in high definition on HBO Canada HD, and on HBO Canada OnDemand, a Subscription Video On Demand (SVOD) service. Throughout Canada HBO Canada programming is accessible on TMN GO, as well as on demand and online where available by service provider. For more information, please visit www.hbocanada.com. HBO Canada is a division of Bell Media, which is part of BCE Inc. (TSX, NYSE: BCE), Canada’s largest communications company.