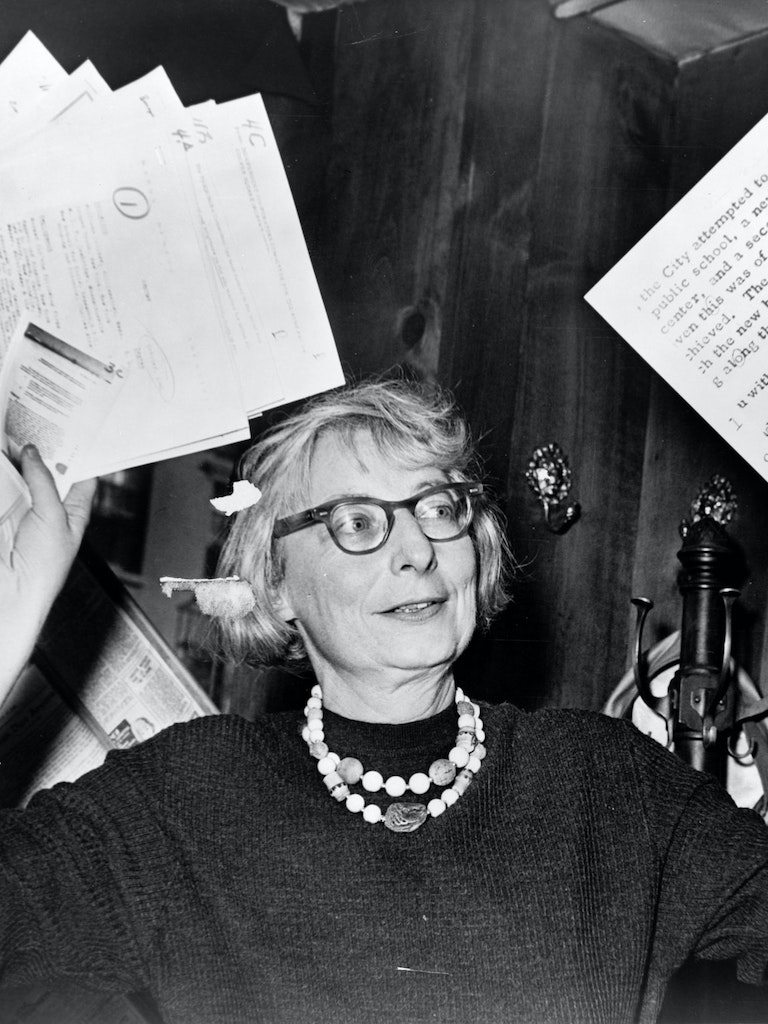 “Cities have the capability of providing something for everybody, only because, and only when, they are created by everybody” – Jane Jacobs TORONTO (June 29, 2017) – Following a festival circuit run and theatrical release, CITIZEN JANE: BATTLE FOR THE CITY, a timely documentary about author and neighbourhood activist Jane Jacobs, has its television premiere, Monday, July 17 at 9 p.m. ET on HBO Canada. The film tells the story of the late New York native and Toronto resident, author of The Death and Life of Great American Cities, whose writings championed a fresh, community-based approach to city building and introduced ground-breaking ideas about how cities function, evolve, and fail. Click HERE for a look at CITIZEN JANE: BATTLE FOR THE CITY. Directed by Matt Tyrnauer (Valentino: The Last Emperor), the film explores the epic clash between Jacobs and New York’s “Master Builder” Robert Moses over the fate of the massive urban renewal projects in 1950s New York City, in which bureaucratic, “top down” concepts to building cities dramatically clashed with grassroots “bottom up” approaches. Jacobs and Moses are portrayed as two larger-than-life personalities: Jacobs, a journalist with provincial origins, no formal training in city planning, and scarce institutional authority; and Moses, the upper class, high prince of government and urban theory, fully ensconced in New York’s halls of power and privilege. In three suspenseful acts, the film gives audiences a front-row seat to this battle, demonstrating how two opposing visions of urban greatness continue to ripple across the world stage, and offers a playbook, courtesy of Jacobs, for organizing communities and speaking truth to entrenched and seemingly insurmountable powers. Jacobs moved to Toronto in 1968 where she continued her work and writing on urbanism, economies, and social issues until her death in 2006. Her work inspired Jane’s Walk, a movement of free, citizen-led walking tours, aimed at getting people to tell stories about their communities, explore their cities, and connect with neighbours.* CITIZEN JANE: BATTLE FOR THE CITY is directed and produced by Matt Tyrnauer. Producers are Robert Hammond and Corey Reeser. Distributor is Films We Like. *Source: JanesWalk.org

HBO Canada brings Canadians HBO’s current slate of signature dramatic and comedic programs, together with new and never-before-seen programming including comedy series, live specials, sporting events, behind-the-scenes content and titles from HBO’s extensive library – all in an uncut and commercial-free environment. HBO Canada is included with a subscription to The Movie Network, which is available across Canada through television service providers. HBO Canada is available in high definition on HBO Canada HD, and on HBO Canada OnDemand, a Subscription Video On Demand (SVOD) service. Throughout Canada HBO Canada programming is accessible on TMN GO, as well as on demand and online where available by service provider. For more information, please visit www.hbocanada.com. HBO Canada is a multiplex channel of The Movie Network. The Movie Network is a division of Bell Media, which is part of BCE Inc. (TSX, NYSE: BCE), Canada’s largest communications company.

iHeartRadio and Much Celebrate Canada Day With a Countdown of ...

Bravo Continues to Build its Must-Watch LineUp with Premiere o...